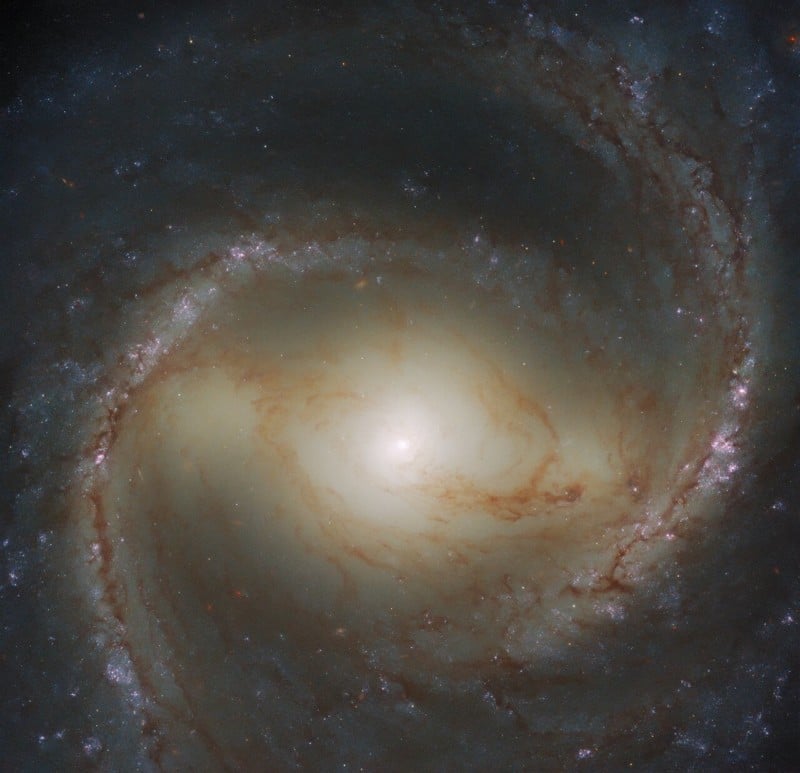 The Hubble Space Telescope has been responsible for some of the most exciting astronomical finds in history and while research time with Hubble is highly sought after, anyone can check what the storied telescope is currently pointed at whenever they like.

Most of the time, casual observers only hear about select Hubble observations when NASA or the European Space Agency (ESA) shares them, whether that be through blogs or on Twitter. For example, the photo above is of spiral galaxy M91, which was observe by Hubble and shared on the NASA blog today. This galaxy is of interest because it hides a gigantic supermassive black hole at its core. In a 2009 study, astronomers found that it weighs somewhere between 9.6 and 38 million times as much as the Sun.

Photos like this are colorized and publicly shared, but there are a great many other observations that don’t get the same publicity. For those who want to keep an eye on what astronomers are observing at any given moment, the Space Telescope Live site displays detailed information about observations in real-time.

For example, at the time of publication, Hubble was looking at WRAY-15-1880, an Ext Star, with its Wide Field Camera 3 and was doing so for a three-minute period between 11:43 AM and 11L46 AM eastern time. The observation was performed by Dr. Yifan Zhou.

Dr. Zou requested time with Hubble through her proposal titled “Search for Accreting Protoplanets within Transition Disk Gaps HST Proposal 16651” which can be read on the Barbara A. Mikulski Archive for Space Telescopes.

As NASA explains, observation time with Hubble is highly prized and of significant value for astronomers who are researching a variety of topics. In order to get data from Hubble, these astronomers first have to write a detailed proposal — like the one from Dr. Zou above — which covers what they want to observe as well as explain the scientific importance of what they hope the observation will provide.

Even if a proposal is very well written with a strong backing argument to its scientific value, that doesn’t mean time will be granted because the process is so competitive. After proposals are sent in, they are anonymized and judged on their merit by a variety of experts. NASA says that after its last call for proposals, only 13% were awarded observation time.

For those who enjoy keeping tabs on what Hubble might discover next, both the Space Telescope Live website and associated Twitter account are great ways to enjoy what Hubble is helping scientists with at any given moment.