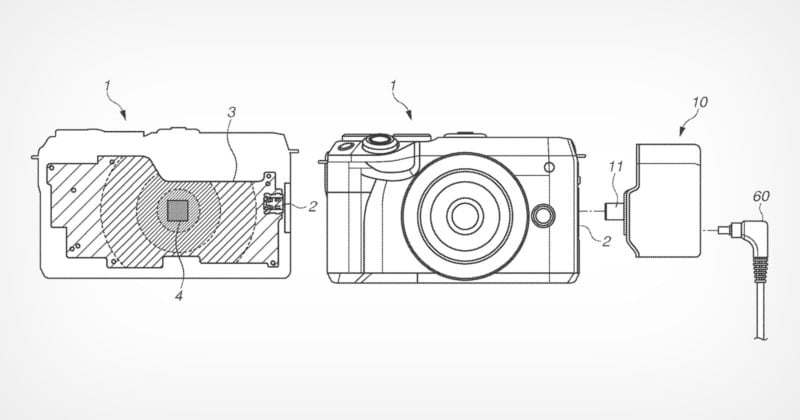 Canon may have known cameras like its R5 have a tendency to overheat, and a new patent design shows that the company has created a unique external heat sink design to help keep them cool.

Cameras that are more dedicated to shooting video like the Panasonic S1H or even Canon’s R5 C have built-in active cooling to help keep the processor and other camera circuitry cool while filming. These fans are also generally designed to be quiet so as to not be picked up by a microphone on set.

But with a smaller, more compact mirrorless camera setup, like the R5 or even a pocket camera, the ability to cool an overheated sensor becomes more problematic. Basically, manufacturers are forced to pick between small and compact or cool and performant.

When users found that they couldn’t capture in the R5’s highest resolutions for very long before the camera overheated, several third-party and DIY solutions popped up to help elongate shooting times, such as the Tilta Cooling System, which is essentially a fan that runs off the camera’s internal battery via USB connection.

Third-party solutions have their merits, but Canon has been thinking about solving the issue itself through a design for an external heatsink. 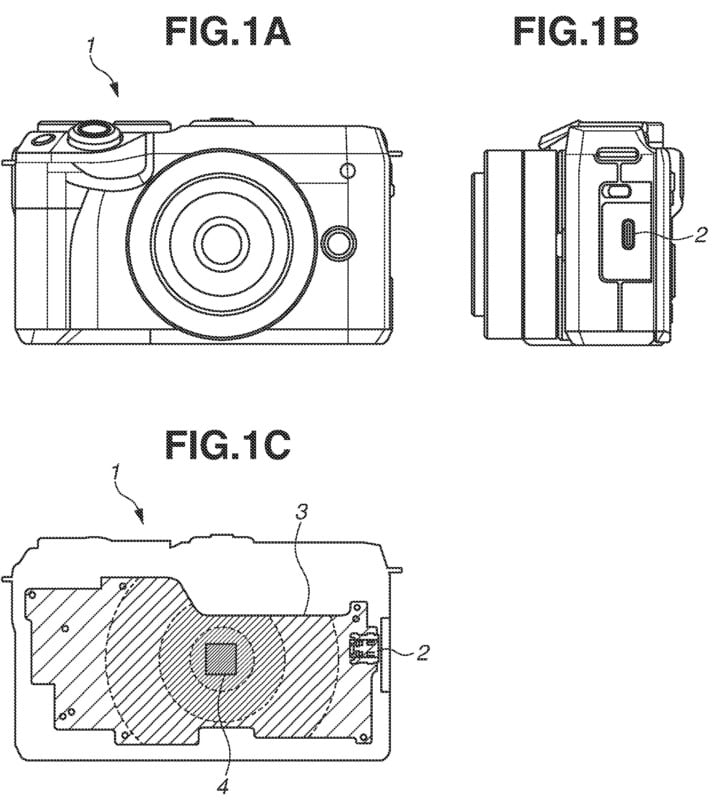 In a patent application filed in Japan in 2015 but published earlier this year, the company has designed an external cooler that is designed to be used with smaller mirrorless cameras. The design appears to leverage the USB-C port on the side of the camera and use it to act as a sort of conduit with which to wick away the heat given off by the processor and sensor and transfer it to an external heatsink mounted to the back of the camera. 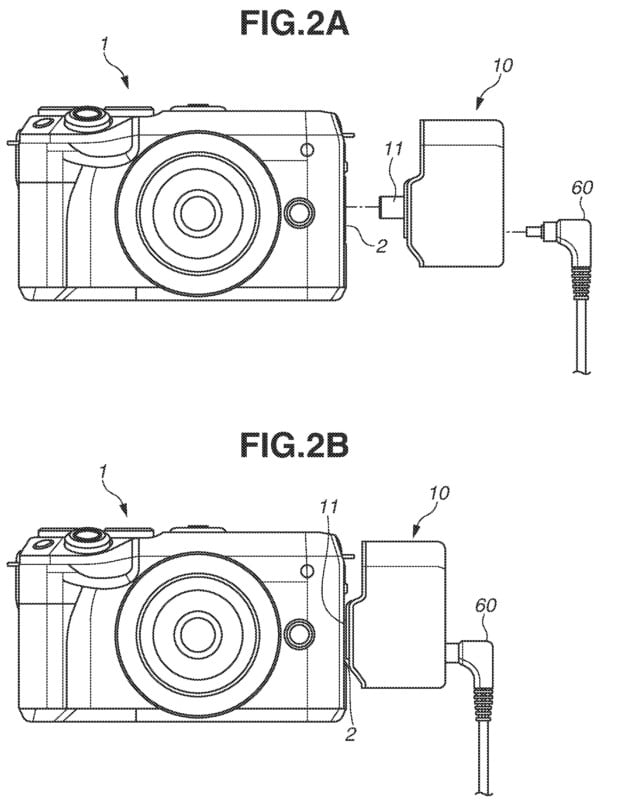 The design would work best with a camera with this specific intention, Canon News reports. Theoretically, Canon’s design could also be used to protect other devices from overheating including smartphones, tablets, and even laptops, though it’s likely that the device’s firmware would have to support such an accessory and the USB ports would have to be designed to accommodate the heat transfer.

While the accessory would no doubt add to the size and weight of the camera, it would help mitigate overheating issues on camera designs that struggle due to their small size. When the desire for a small and compact camera is more pressing than one that can sink heat well, it can just be removed.

The only real problem could be how to get around the vari-angle LCD screens, and Canon may have to redesign it or expect its users to flip the screen out before attaching the external sink. It’s also possible that Canon could look at designing the heatsink to be mounted under the camera much like a battery grip, which would allow a more secure connection that utilizes the tripod mount.

Whatever the case, Canon is clearly giving serious thought to how to address the overheating problems in its cameras without having to sacrifice performance.