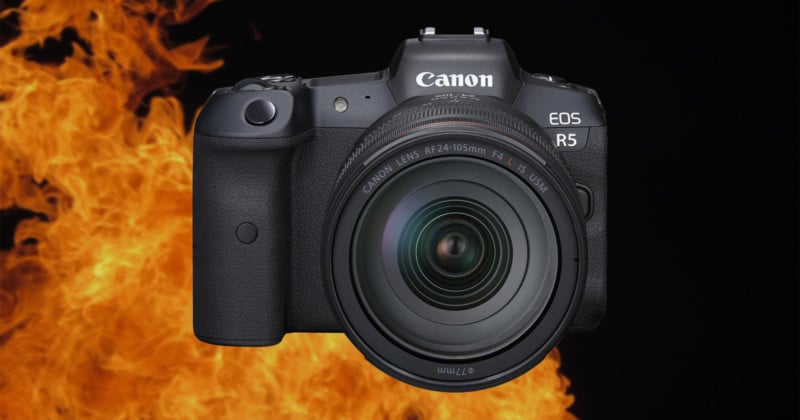 Canon sent out a media alert to press this morning addressing the overheating concerns that have come up regarding the new EOS R5 full-frame mirrorless camera. The statement explains why Canon didn’t include a fan, when the camera will overheat, and what you can do to avoid these issues.

The statement covers a lot of ground, explaining the steps that Canon took to avoid overheating, why the company chose not to install a fan for active cooling, an explanation of the “Overheat Control” feature, and tips for “reducing heat buildup” when shooting video. They even included a section about the lower-resolution EOS R6.

Regarding the omission of any sort of fan—notably included in the Panasonic S1H—Canon writes:

The decision not to install a fan within the body was made in order to maintain the EOS R5’s compact size, lightweight construction and weather resistance.

In terms of tips for avoiding these overheating limits, Canon offers five bullet points of advice:

Finally, regarding the EOS R6, Canon admits that “at the highest frame rates and resolutions heat is inevitably generated,” but the limits seem to be negligible for standard use. According to Canon’s official statement:

You can read the full statement, unedited, below.

There has been a lot of debate about whether the limitations described by Canon can be described as overheating “issues,” or whether it’s all being overblown by critics and those who “want” the EOS R5 and Canon to fail. In the end, we won’t know how serious these issues are until the full reviews begin to come out.

To Canon’s credit, they’re being incredibly transparent about the potential for issues.