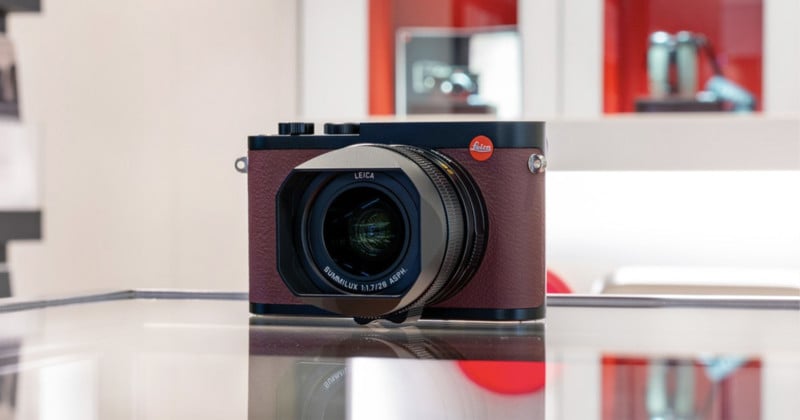 To celebrate the 10th anniversary of its Daimaru Tokyo store, Leica is releasing a special limited edition Raspberry Leather model of the Leica Q2.

Leica Japan says the “raspberry” color of the authentic leather is designed to be reminiscent of the red bricks found at the Tokyo station building near the Leica Daimaru Tokyo store. The camera is described as having a “premium yet elegant appearance” thanks to the combination of black metal and colored leather.

A raspberry-colored leather strap can also be purchased with the camera, separately of course. This limited-edition special leather color cannot be selected by the a la carte custom leather service available at the Leica store and only 10 of total Q2 cameras featuring the special red color will be available, which coincides with the 10th anniversary of the Leica Daimaru store.

The Leica Q2 was originally announced in March of 2019 and features a 47.3-megapixel full-frame sensor and a fixed Leica Summilux 28mm f/1.7 ASPH lens. It sports optical shake compensation, 13-stops of dynamic range, 14-bit color depth, a stero microphone, and a single SD card slot. The basic version was set to retail back then for $4,995, but the camera can be bought new today for $5,695. Nonetheless, the $6,680 of the Raspberry Leather edition notable premium over the base version.

This new Raspberry Leather variant of the Q2 isn’t the only special edition version of the camera Leica has released. In the last year or so, the company has revealed a Daniel Craig and Greg Williams edition Q2, a 007 edition, and a Kevlar-wrapped Reporter edition.

Leica also released a monochrome variant of the Q2 in November of 2020 which, in PetaPixel’s review, was given modest praise. Leica made the monochrome version available in the Kevlar-wrapped reporter variant last week.