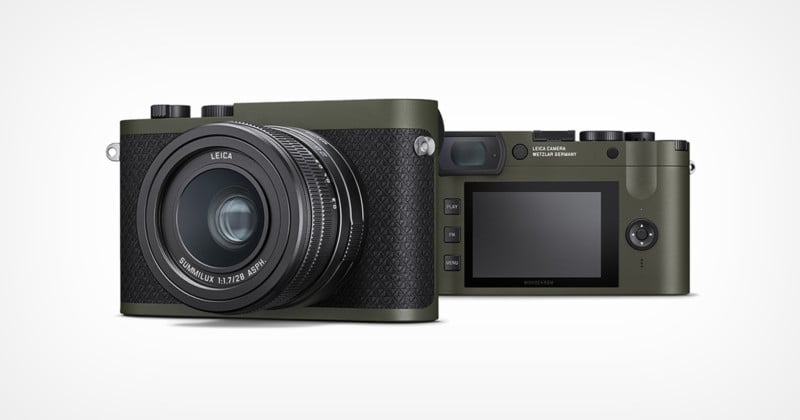 Just like the original Q2 Reporter, the Q2 Monochrom Reporter features a “robust” exterior and what Leica calls a “discreet” appearance, which it claims allows photographers to work without drawing too much attention. The Leica engraving on the top plate and the company’s iconic red dot have been removed from this version of the camera for that express purpose. 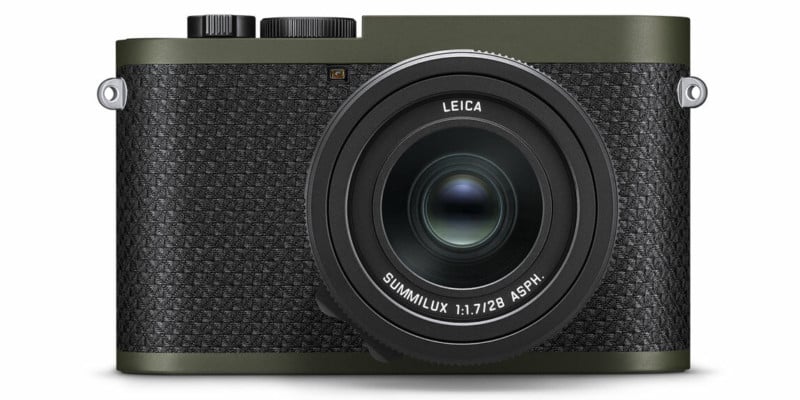 As was the case with the standard Q2 Reporter from last year, the Monochrom variant features a “body armor” made of Kevlar that, when exposed to UV rays over time, will change in color until it slowly matches the dark green of the metal finish on the other parts of the camera’s body. Leica says that the build decisions are also designed to protect to some level against dust and water.

The Leica Q2 Reporter continues a long tradition of Leica cameras specifically designed to meet the challenges of reportage and press photography. Along with its robust exterior, the camera is distinguished by a particularly unobtrusive appearance.

The camera features a 47-megapixel full-frame black and white sensor with 13 stops of dynamic range that captures both stills and up to 4K video along with an ISO range of 100 through 100,000. The fixed-lens is a Leica Summilux 28mm f/1.7 ASPH that is constructed of 11 elements in nine groups, three of which are aspherical elements. While a prime lens, the camera additionally features digital zoom at 28mm, 35mm, 50mm, and 75mm. 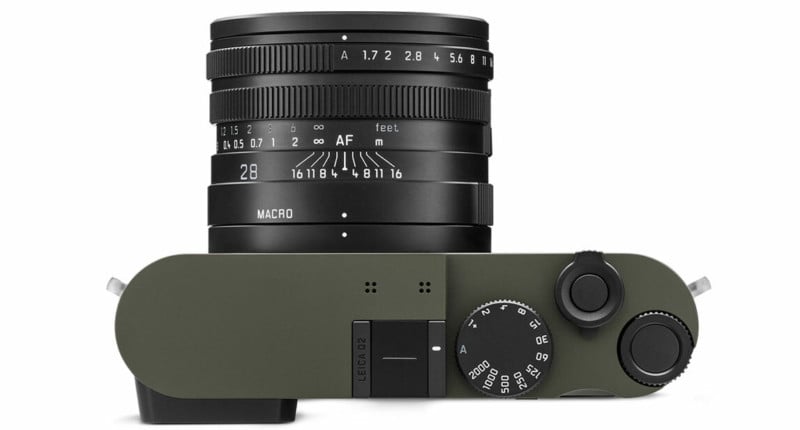 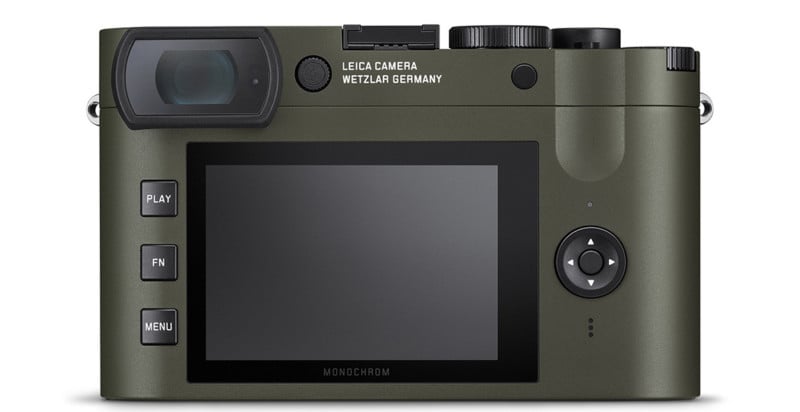 The Leica Q2 Monochrom Reporter is available from Leica retailers for $6,295, a slight premium over the standard Q2 Reporter that retails for $5,995.