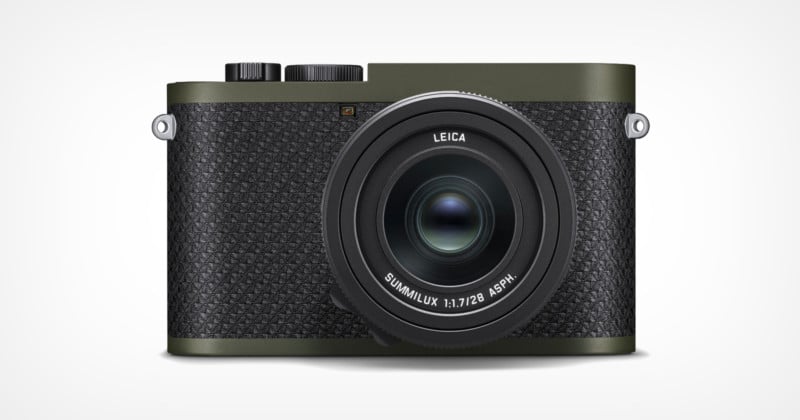 Leica has officially launched the Q2 Reporter, which is visually similar to the M10-P Reporter edition that was announced in January. Like many Leica designs, it is visually different but functionally identical to a standard Leica Q2.

Leica says the new Q2 reporter continues a tradition of cameras that it produces that are geared towards more challenging working environments of reportage and photojournalism, “offering maximum precision and reliability even in the most adverse conditions.” Just like the M10-P Reporter, the Q2 Reporter is equipped with a Kevlar “body armor” exterior which takes the place of the traditional leather trim. The black kevlar is complemented by a matte-green finish which Leica says is particularly scratch and abrasion-resistant. 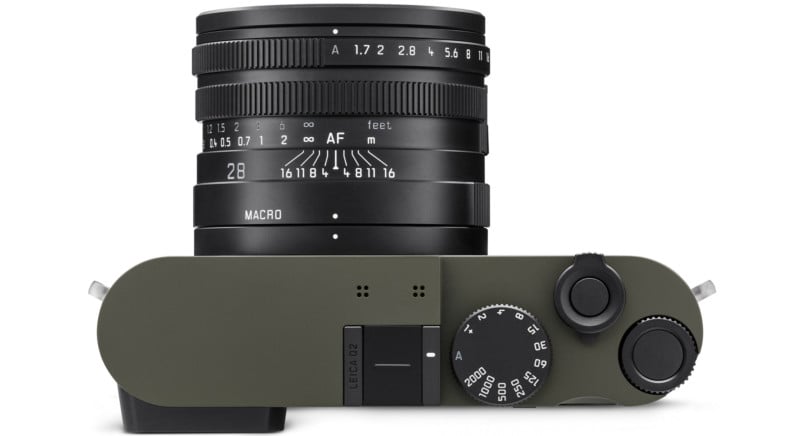 The Kevlar trim, which Leica says is characterized by a distinctive weave pattern, will supposedly protect the camera against mechanical, chemical, and thermal hazards.

“Although the fabric is initially near black, exposure to natural UV rays will gradually change its tone, until it closely matches the camera’s paint finish,” Leica says. “In addition, the Kevlar fibers become slightly more raised over time, which further improves the photographer’s grip on the camera.” 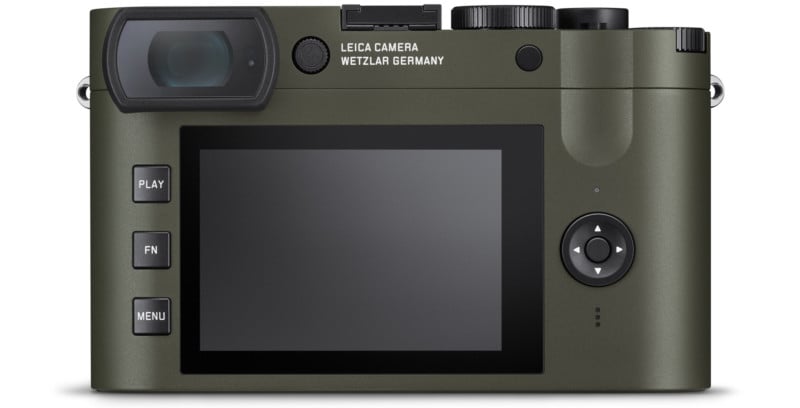 On the inside, the Q2 Reporter has the same 47.3-megapixel full-frame CMOS sensor and fixed Summilux 28mm f/1.7 ASPH lens as the standard edition. The resolution gives some flexibility, as 30-megapixel images can be created using a 35mm field of view, 15-megapixel images with a 50mm field of view, and 7-megapixel with a 75mm field of view. The camera is powered by Leica’s Maestro II image processor. Leica says the processor allows for smooth color and tonal rendering, a broad 13-stop dynamic range, low noise, and an ISO range of 50 to 50,000. Photos can be recorded as either 14-bit DNGs or JPEGs.

The camera can shoot up to 10 frames per second at full resolution with a mechanical shutter and uses a contrast-based 49-area autofocus system.

The Leica Q2 Reporter will start shipping next week for $5,995 and Leica says a monochrome version of this camera will be made available in March of 2022.