Apple has patented a design for a MagSafe mount that can attach to its iPhones and be used on tripods or stabilizers. Apple has typically not ventured into the photo capture segment of the accessory market.

As spotted by Patently Apple, the patent depicts an L-shaped bracket that features two different possible designs. One features a hinged joint that allows the L-shape to be compressed while the other appears more rigid and includes a Lightning port.

While the term “MagSafe” isn’t explicitly mentioned, the method by which a phone is shown to attach to the device and the fact that it appears one of the designs will be able to supply power lines up with what Apple has already done with its latest generation MagSafe products. 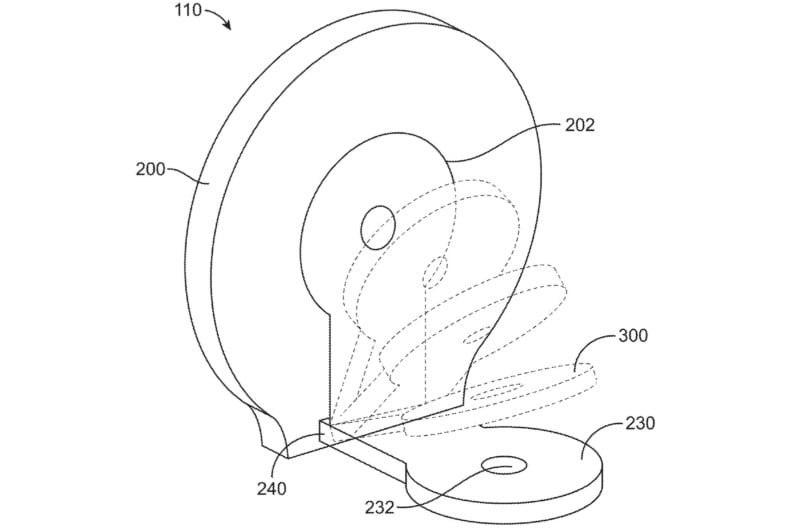 MagSafe would also allow iPhones to attach quickly to the tripod mount without needing to use moving parts (such as a clamp that uses pressure to hold the phone in place) and would also allow the phone to rotate on the magnetic point in times where different angles are needed in order to straighten a horizon line. 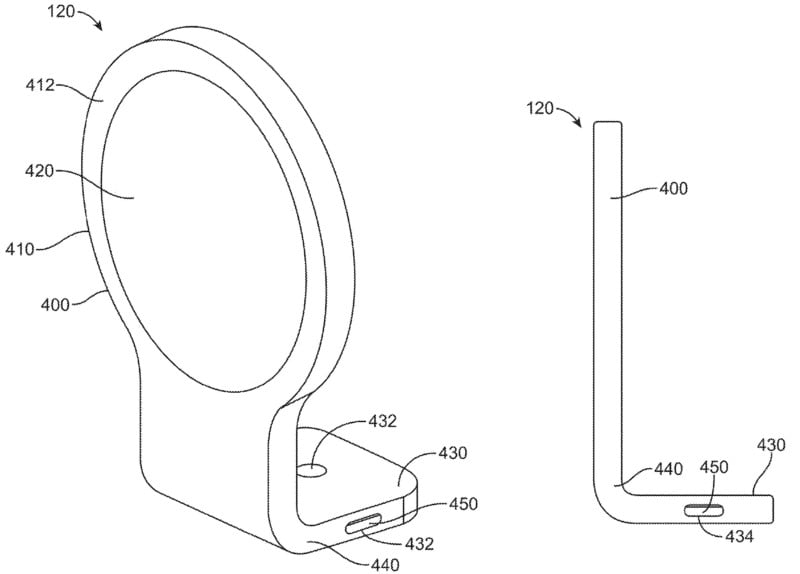 Finally, MagSafe would allow an iPhone to not only receive power from the mount, but also transmit data to and from it.

The patent doesn’t specify that the device has to work only with iPhones, and would theoretically allow any device that is magnetic to be mounted on it.

While accessories have been a large part of Apple’s business model, the company hasn’t typically leaned into the creator economy with any first-party products, leaving that to third-party brands like JOBY, Moment, and Peak Design. It’s not clear if Apple intends to license its patents to one of these manufacturers or if it intends to compete directly with them. Patently Apple notes that this is just one of three magnetic accessory patents the company filed today, the others being for a car vent clip and magnetic battery pack. Apple may already have these licensed to partners, as it appears Belkin already produces a nearly identical magnetic vent clip to the one in Apple’s patent.

It’s also entirely possible that Apple doesn’t do anything with the patent. As DPReview points out, Apple patented a bayonet lens mount for mobile devices in 2014 but has done nothing with it, letting multiple other companies manufacture and develop lenses for the iPhone instead.