Belkin’s Continuity Camera iPhone Mount with MagSafe for Mac Notebooks (yes, that is the entire product name) is a valiant attempt to bring Apple’s iPhone-based webcam video solution to Mac notebooks, but it falls short. Literally.

Author’s Note: In addition to my thoughts below, my video above goes into much more detail about Belkin’s mount, the problems with Continuity Camera in general, and provides some alternative choices to the product.

Apple’s Continuity Camera, a feature available with the combination of macOS Ventura and iOS 16, seems like a great idea. It allows Mac users with an iPhone to use the high-resolution cameras found on it to wirelessly connect as a webcam, allowing for better quality video than most built-in webcams provide.

One of the biggest problems with Continuity Camera is that when using a laptop, the phone should be positioned at the top of the screen. MacBooks cannot hold an iPhone on their own, so an adapter is required.

Accessory maker Belkin was the first to announce an adapter and were also the first to ship a mass-produced solution, although many 3D print services produced their designs on places like Etsy.

Unfortunately, the company’s solution, the iPhone Mount with MagSafe for Mac Notebooks is, in a word, terrible. 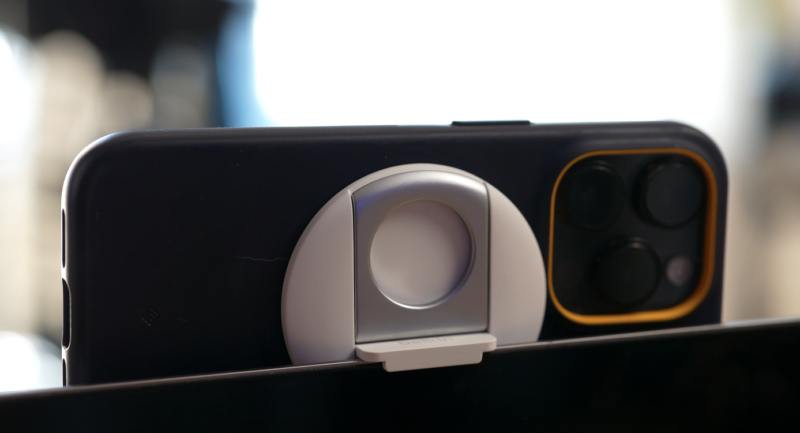 Apple is partially to blame for this: the idea of precariously sticking a heavy and fragile cell phone on top of a (relatively) light and expensive laptop is not good. Belkin, to its credit, tried to work with the limitations of the engineering problem but the solution is not up to the standards of its other products I’ve used over the years.

The ability to hold an iPhone safely is, arguably, the most crucial feature of a device like this. The mount has three design features: The first is a magnet which is, unfortunately, not strong enough to hold a phone. As you’ll see in my video, my iPhone in a MagSafe case (the case itself has a strong magnet) will not stay attached to the mount. 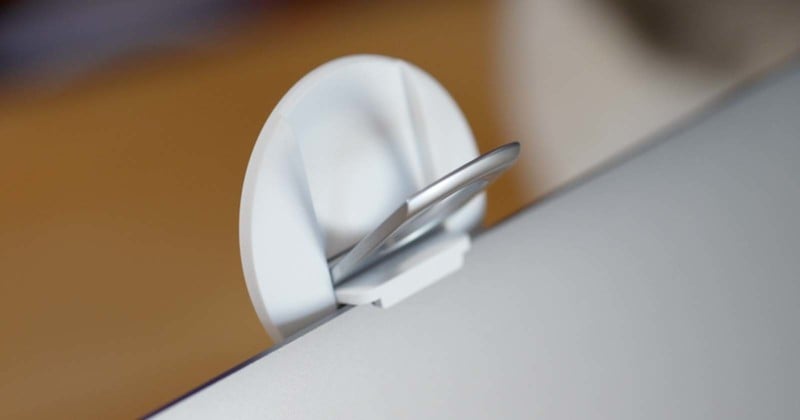 The other issue with the adapter is also a design choice to accommodate Apple’s product design. The lip on the mount is so thin (to make minimal contact with the glass display) that when the display is tilted, the lip can’t maintain contact with the edge of the screen.

Thanks to the smoothness of the hinge on some MacBooks, if the screen is tiled back and the lip manages to hold on, the laptop flips over from the weight.

Lastly, there is a metal kickstand on the mount, with a large hole in the middle. This hole makes the device inviting to use as a PopSocket-type holder to make holding the iPhone more manageable, but the sharpness of the edge of that hole meant it rubbed against my knuckle abrasively.

In the video above, I compare the Phone Mount with MagSafe for Mac Notebook to a 3D printed mount from a seller on Etsy, which worked marginally better. It also had the benefit of using a MagSafe charging cable as the mount—allowing the phone to use the adapter to provide power, not just stability.

Unsurprisingly, a tripod is the best solution to using an iPhone as a Continuity Camera. Fortunately, there are a nearly infinite number of iPhone tripods on the market, many of which are cheaper than Belkin’s option.