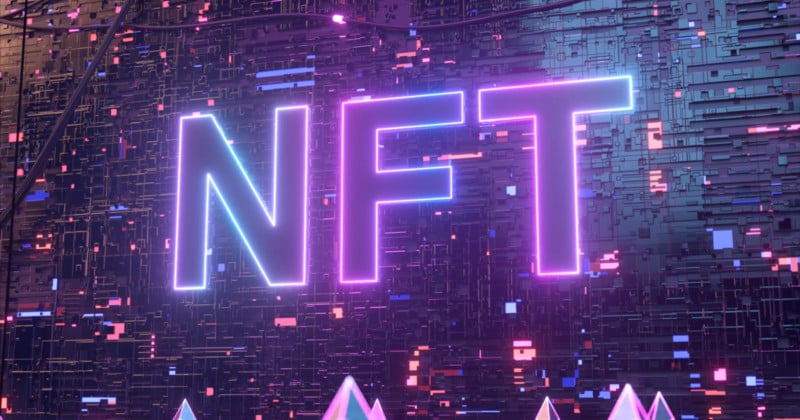 A new report alleges that the NFT marketplace has a “wash trading” problem. That is, people who buy their own NFTs in order to drive up their prices that a real buyer would mistakenly believe is a history of increasing value.

Blockchain data firm Chainalysis has published a report that looks at an illicit activity it has observed in the NFT marketplace called wash trading.

Wash trading is the term used to describe the practice of a single owner buying and selling a security, or in this place an NFT, to themselves to simulate an increase in value. It’s illegal on stock exchanges in the United States and has been for nearly 100 years, but the NFT marketplace is unregulated and thus is a prime target for the age-old practice, Engadget explains.

Chainalysis found 262 users that sold an NFT to a self-financed address more than 25 times. While the firm couldn’t be 100% sure that all instances of these sales to self-financed wallets are intended wash trades, the threshold of 25 trades gave it a higher degree of confidence that these were habitual wash traders.

“We calculated these 262 wash traders’ overall profits by subtracting the amount they’ve spent on gas fees from the amount they’ve made selling NFTs to unsuspecting buyers,” Chainalysis says. “One caveat for this analysis is that it only captures trades made in Ethereum and Wrapped Ethereum, so there’s likely wash trading activity we’re not considering here.”

The firm found that while a majority of wash traders have been unsuccessful, those who have succeeded have done so in a way that the entire group of 262 saw massive profit overall: 110 gained $8,875,315 from wash trading, while the majority 152 unprofitable traders only lost $416,948.

Chainalysis says that the situation becomes even worse when it considered that the majority of that nearly $8.9 million in profit is from unsuspecting buyers who were led to believe an NFT they purchased had been growing in value as it moved from one buyer to another.

An Unregulated Marketplace is Ripe for Scams and Theft

NFTs are a contentious issue, especially considering the number of high-profile stories about major sales in recent months. Wash Trading and money laundering — the latter is a separate issue Chainalysis looked into and found evidence of, to a lesser degree — are definitely concerns, but so is the theft of art. In January, OpenSea admitted that over 80% of the NFTs minted on its free platform were fake or stolen.

In the case of wash trading, Chainalysis says marketplaces could do more to protect against the practice.

“Wash trading in NFTs can create an unfair marketplace for those who purchase artificially inflated tokens, and its existence can undermine trust in the NFT ecosystem, inhibiting future growth,” the firm says.

“We encourage NFT marketplaces to discourage this activity as much as possible. Blockchain data and analysis makes it easy to spot users who sell NFTs to addresses they’ve self-financed, so marketplaces may want to consider bans or other penalties for the worst offenders.”