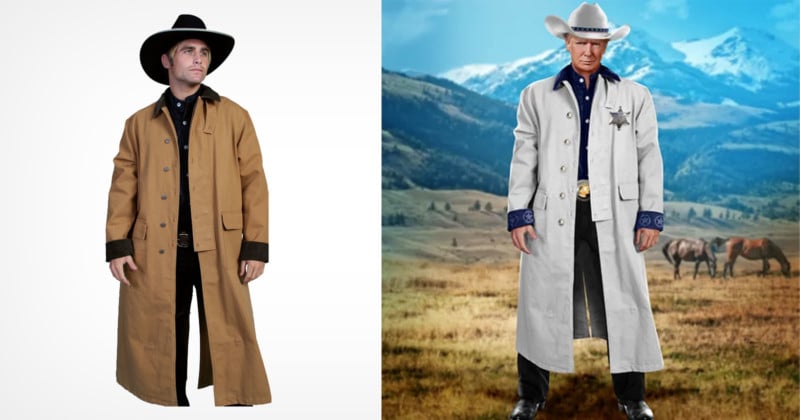 After hyping a major announcement, Donald Trump revealed his next major project: NFTs. But reverse image searches of some of the “digital trading cards” revealed them to be edits of clothing easily found in Google search, raising copyright questions.

Most were anticipating a major political announcement from the 45th President of the United States, but Trump instead revealed a line of digital collectibles, or non-fungible tokens (NFTs), that feature himself in a variety of cosplay, from a cowboy and an astronaut to someone who resembles Superman, if Superman used his real name as his hero persona.

The entire affair is rather bizarre, especially considering the entire project is wholly unrelated to politics.

“These Digital Trading Cards are not political and have nothing to do with any political campaign. NFT INT LLC is not owned, managed or controlled by Donald J. Trump, The Trump Organization, CIC Digital LLC or any of their respective principals or affiliates,” NFT INT LLC, the company that is hosting the auctions writes. “NFT INT LLC uses Donald J. Trump’s name, likeness and image under paid license from CIC Digital LLC, which license may be terminated or revoked according to its terms.”

Stranger still, while some of the Trump NFTs look like they were crafted from images licensed from Shutterstock — such as the Space Force astronaut image — some appear to have been nabbed from clothing brands and Google Image Search.

For example, Trump’s cowboy persona was likely created using a top search result for “cowboy duster” which leads to a product manufactured by Scully: 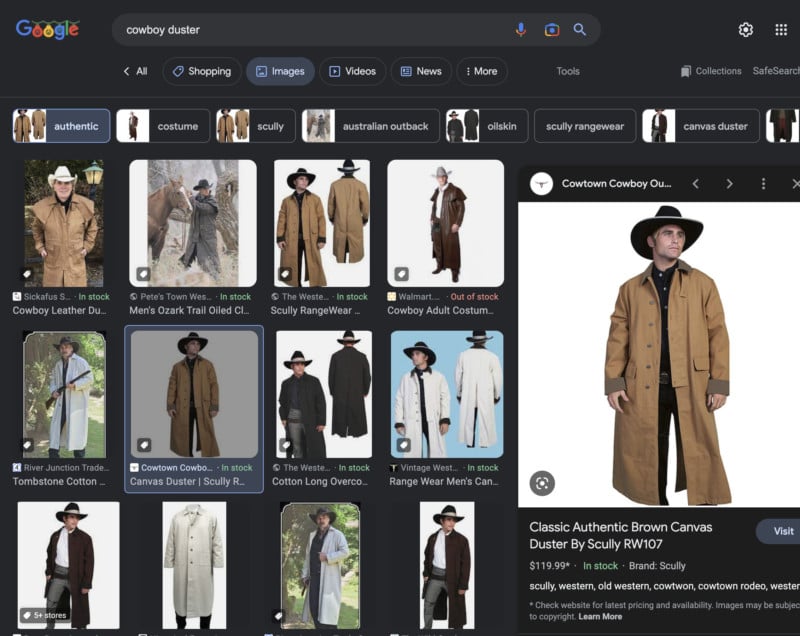 Gizmodo noticed that his hunting cosplay appears to be pulled from the outdoor apparel brand Banded.

While these images aren’t what most would consider to be the height of photographic art, they are still photos that are presumably owned by a manufacturer and using images — even e-commerce photos — without permission in this manner brings up copyright questions: it may not be legal, not to mention unethical, to just take photos off web stores, turn them into “art,” and then sell them for $99 each.

Gizmodo says it reached out to the manufacturer of both pieces of clothing to ask if either granted the former U.S. President permission to use their images, but neither immediately responded.

The situation continues to be strange the more it is investigated. NFT INT LLC lists its address in a strip mall in Utah that contains a few restaurants, a dry cleaners, and a UPS Store. The Salt Lake Tribune dug into this strange situation in a detailed feature, for those interested in seeing how deep this rabbit hole goes.