Battery technology has provided a plethora of ways to take power away from traditional wall outlets, including relatively small packs that can power photography lights. A man in China took that idea to the extreme by building a colossal 27,000,000mAh “portable” power bank.

Handy Geng of Hong Kong has built up a popular YouTube channel on designing and building absurd devices, such as a multi-functional beverage hat, to a wheelchair lawnmower, to a refrigerator lock that requires a workout in order to access. But Geng’s latest build takes the idea of a high-capacity battery bank to the extreme.

Geng takes what appears to be the battery unit of an electric vehicle and converts it into a gigantic battery bank that can power a huge number of electronic devices simultaneously. As part of the lighthearted project, he even makes the finished product look like a scaled-up version of what typical power banks usually look like. 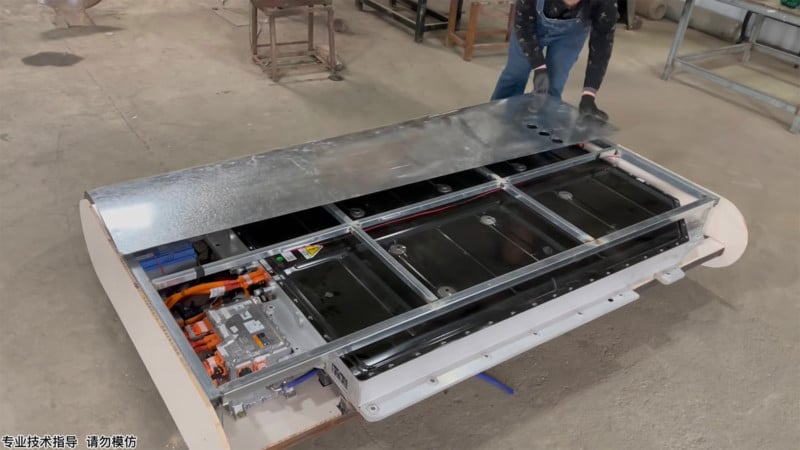 Geng claims that his behemoth of a battery bank, his “mega power bank,” has a capacity of around 27,000,000mAh. As a note, batteries of this capacity are rarely expressed in mAh (milliamp-hour), but Geng likely chose this particular unit for the sake of easy comparison to typical pocketable battery packs.

Power All The Things

The goal of this DIY power bank may have been humor, but Geng still proves his creation can power multiple cell phones, a laptop, and other power banks simultaneously. 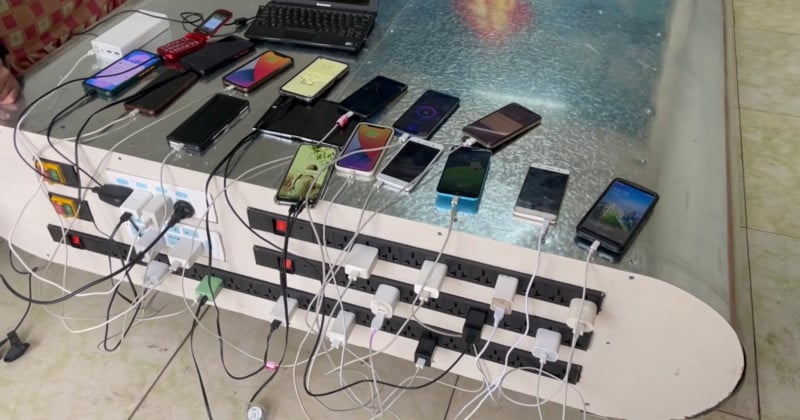 The power bank can even charge an electric scooter, power a television, provide enough juice to also operate a washing machine, and power an electric pot, all at the same time.

Basically, his creation can power all the comforts of home anywhere he pleases, as long as he’s willing to bear the weight of his giant battery. 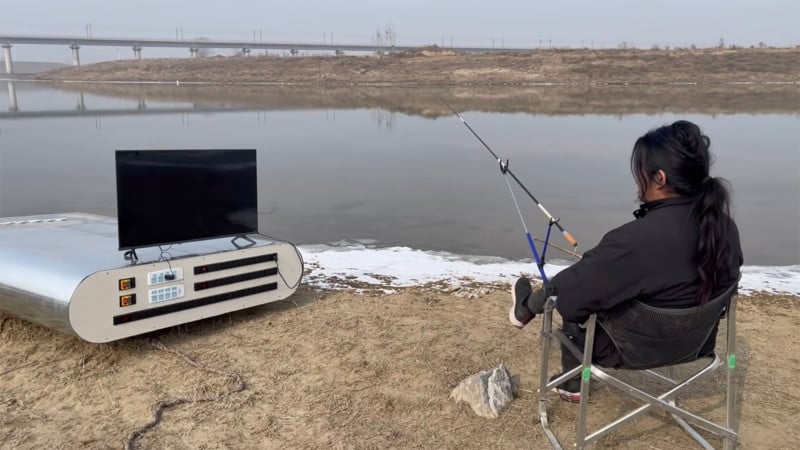 Last May, PetaPixel reported on the Pioneer 500 battery pack that the company designed to provide enough juice to power an on-location photoshoot. That suitcase-sized pack offers the ability to fully recharge a typical laptop nine times, recharge a smartphone 39 times, operate a floodlight for 97 hours, or recharge a DJI drone four times. That’s pretty impressive, but Geng’s power bank takes it to another level.

The Pioneer 500 is a 461Wh battery, or about 20,765mAh (converted using its watt-hours and voltage), which is just 1/1,300 the power of what Geng has produced. So if you need some serious on-location power and don’t mind dragging around a device the size of a small car, perhaps Geng’s DIY power bank is the solution you’ve been wishing for.