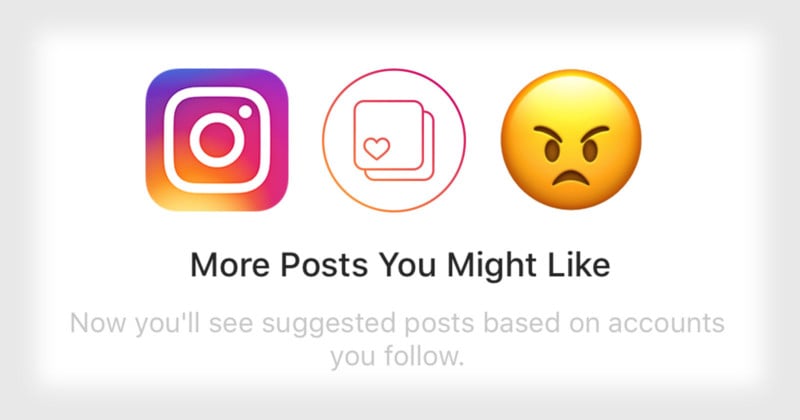 Instagram is now rolling out a new “Recommended Posts” feature widely to its users. It suggests photos and videos for you directly in your feed from people you don’t follow. Instead, the suggested content will be based on what people you follow have liked.

TechCrunch reports that the feature is being quietly released after it was spotted earlier this month while Instagram tested it out with a smaller subset of users.

The new “Recommended for You” section will be found in your feed view and will show three to five photos, TechCrunch says. Instagram previously recommended content as well, but you needed to visit the Explore section of the app in search of them — now they’ll be front and center alongside your main home feed. 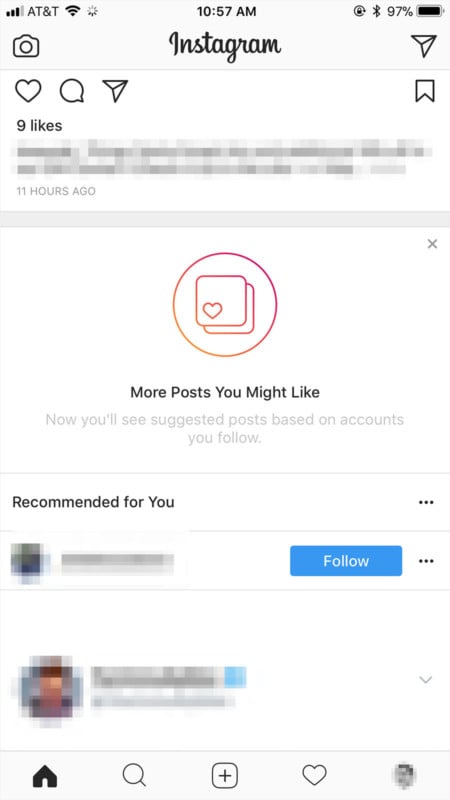 This is a major new direction for Instagram that causes the company to further deviate from its origins as a simple, chronological photo-sharing service and into a service that’s much more heavily based on algorithms, much like Facebook’s News Feed is.

And just as users loudly complained when Instagram switched feeds from chronological to algorithmic, many users aren’t happy with this latest move. Here’s a sampling of some of the negative reactions found on Twitter:

I don’t even see 75% of the people I’m following posts but now @Instagram is sticking “recommended posts” in my feed. Unreal 🙄😒

Dear @instagram please put everything back in chronological order and stop doing the recommended posts.
Sincerely,
Everyone

If I wanted to see recommended, I would go to the recommended page. GET OFF MY TIMELINE. THIS IS WHY I NEVER USE YOU. IM LOOKING AT YOU, @instagram!!! 🙄clear up my feed. Go back to a chronological timeline PLEASE. #overit

If @instagram’s plan is to make their app so annoying that people would pay to have a chronological feed with no ads or “recommended posts”, it’s working because I would pay for that right now.

Why does @instagram insist on showing me photos of “recommended” people on my feed? I don’t care. I wanna see pictures from people I actually follow, and chronologically at that!! Get tf outta here with recommended pages.

Between the removal of chronological order and the introduction of recommended posts, @instagram is more noise than signal at this point.

Dear Instagram, the only thing I want recommended to me on my feed are my friend’s photos iN THE ORDER THEY WERE POSTED IN!!!!!!! pic.twitter.com/8xaK1Jba80

On its help site, Instagram says that while you can’t turn off the Recommended for You section, you can temporarily hide posts you see in it by tapping the three-dot menu above them.

(via TechCrunch via DPReview)

How to Shoot Epic Wide-Angle Photos of Trees

How to Brighten Portraits in Photoshop in Just 2 Minutes