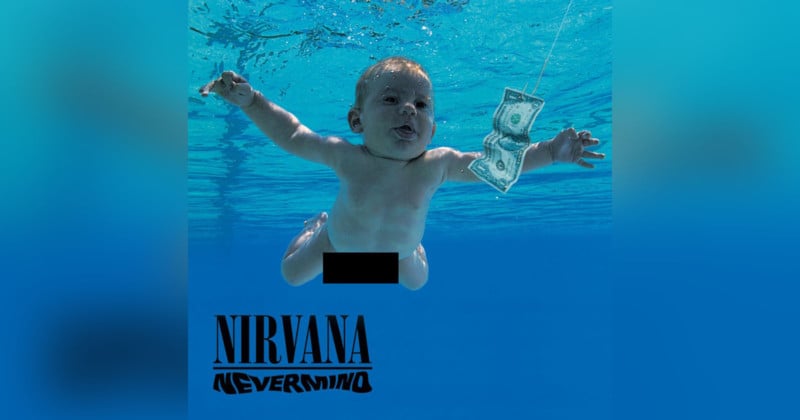 A judge has dismissed Spencer Elden’s lawsuit which alleged Nirvana violated federal child pornography statutes when it published the iconic “Nirvana Baby” as the cover of its “Nevermind” Album.

In late summer of 2021, Elden sought damages in a lawsuit regarding the album cover photo against record executives, band members, the photographer Kirk Weddle, and the executor of Kurt Cobain’s estate. Elden alleged that the band’s “Nevermind” album cover, which features Elden nude as a four-month-old baby, constitutes child pornography and is child sexual exploitation.

He says he was not able to give permission for his likeness to be used on the cover and that his legal guardians didn’t consent, either. However, Elden’s parents were paid $200 for the photo, after his father took Elden to an aquatic center where Weddle had arranged to photograph children during a pool party.

As reported by SPIN, Nirvana fought to have the case dismissed, and noted that Eldan had “spent three decades profiting from his celebrity as the self-anointed ‘Nirvana Baby.'” The band’s estate also pointed out that the statute of limitations for the lawsuit expired over a decade ago in addition to arguing against the case that the situation constituted child pornography.

“A brief examination of the photograph, or Elden’s own conduct (not to mention the photograph’s presence in the homes of millions of Americans who, on Elden’s theory, are guilty of felony possession of child pornography) makes that clear,” the Nirvana estate says.

“The words ‘victim’ and ‘survivor’ have traveled a long way from their original usage,” says Maher. “The baby from the Nirvana album says he’s a victim. He’s suing Nirvana for lifelong damages.”

The case was reviewed by a U.S. District Court in Central California on Monday, and Judge Fernando M. Olguin dismissed the suit “with leave to amend.” The suit was thrown out because Elden’s legal team didn’t file an opposition to the Nirvana estate’s request in time.

Although they missed the December 30, 2021, deadline, Elden’s team has until January 13, 2022, to refile a second complaint. The court said it will “grand defendants’ Motion and give plaintiff one last opportunity to amend his complaint.”

If Elden’s team misses the deadline for the second time, he won’t be able to refile again. However, if it is submitted in time, then Nirvana’s estate has until January 27, 2022, to respond.

“Failure to timely file a Second Amended Complaint shall result in this action being dismissed without prejudice for failure to prosecute and/or failure to comply with a court order,” states the ruling, in paperwork viewed by SPIN.