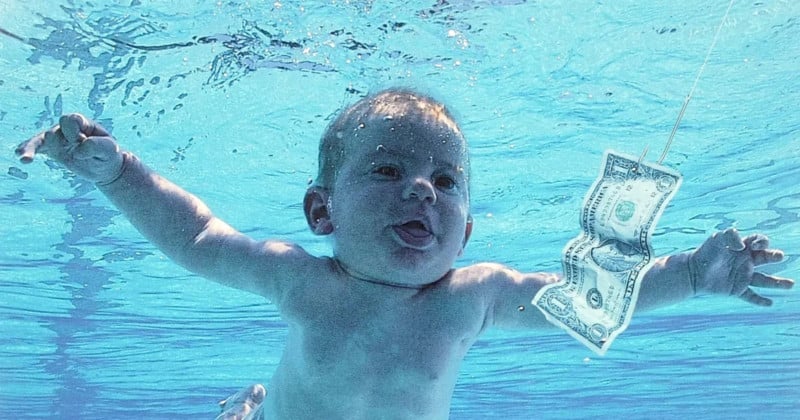 Spencer Elden, the man whose photo is on Nirvana’s iconic album Nevermind, is appealing the court’s dismissal of his recent lawsuit after he claimed that he was exploited as a child for the cover art.

In September, a U.S. District Judge ruled that Elden waited too long to claim that Kurt Cobain’s band sexually exploited him since he filed his complaint after the 10-year statute of limitations had expired.

In the ruling earlier this year, the court told Elden that he would not be allowed to file a fourth lawsuit.

However, Elden has filed to appeal the dismissal of his child pornography lawsuit against the surviving members of the band Nirvana, Kurt Cobain’s widow Courtney Love, Universal Music Group, and cover photographer Kirk Weddle.

According to Spin, the new filing with California’s Ninth Circuit Court of Appeals claims the judge ruled in error that a statute of limitations applies to the case because the harm Elden suffered from the photo is ongoing.

“[Elden] is aware that Appellees are commercially exploiting the frontal nude image of him as a four–month–old child to sell a[n] album to millions of people (many of whom he does not know) around the world,” reads the appeal from Elden’s representatives.

“This understandably causes him extreme ongoing psychic or emotional injury for which he is entitled to damages and an injunction.”

Elden featured on the cover of the band’s legendary 1991 album Nevermind when he was just four months old, with the album art depicting a naked baby swimming to reach for a dollar bill.

In his original lawsuit, Elden claimed that he was the victim of “child sexual exploitation” and that the artwork was a child sexual abuse image that had been “knowingly produced, possessed and advertised” by Nirvana.

Elden has had a rocky relationship with the iconic photo throughout his life, he recreated the image for the album’s 15th and 25th anniversaries. He also has the word Nevermind tattooed on his chest.

He has also said that he is asked to attend events with the label “Nirvana baby.”