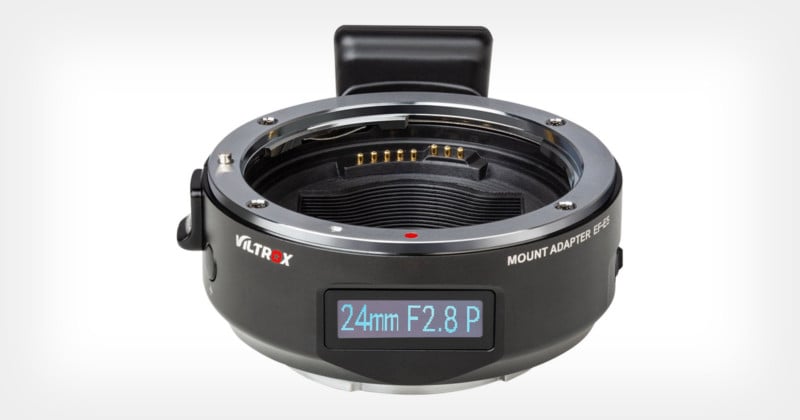 The Chinese camera equipment company Viltrox has launched a new Mark V Canon EF/EF-S to Sony E lens mount adapter with a unique design and a host of handy features. 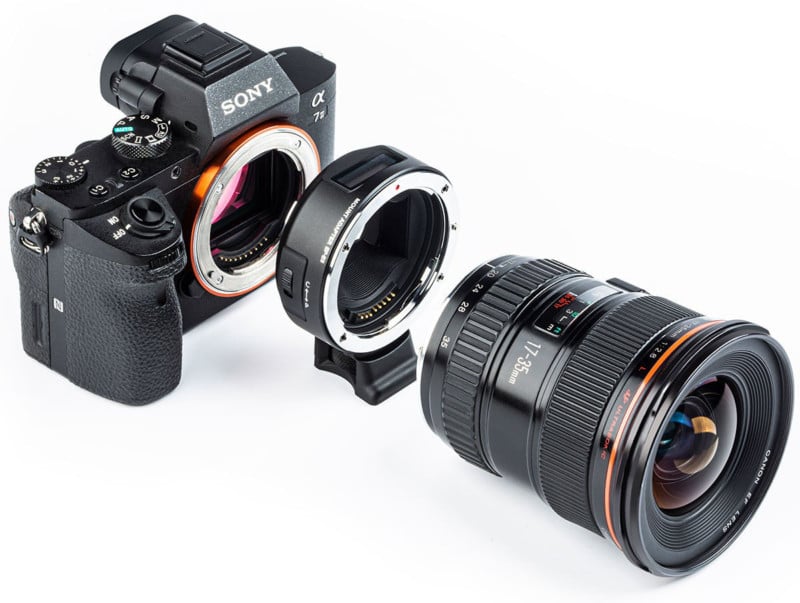 The new adapter is the 5th model of Viltrox Canon to Sony adapters in a series that goes back to the original adapter that made Canon EF lenses usable on Sony NEX cameras. Viltrox says its latest version is the result of 9 years of continuous development since the Mark I version. 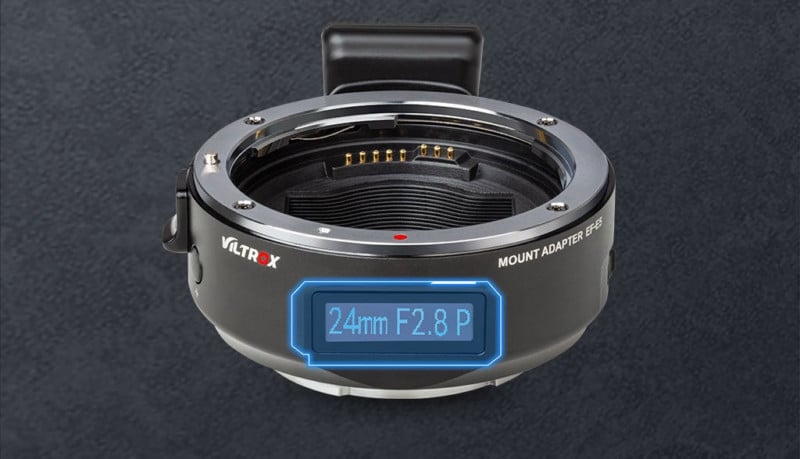 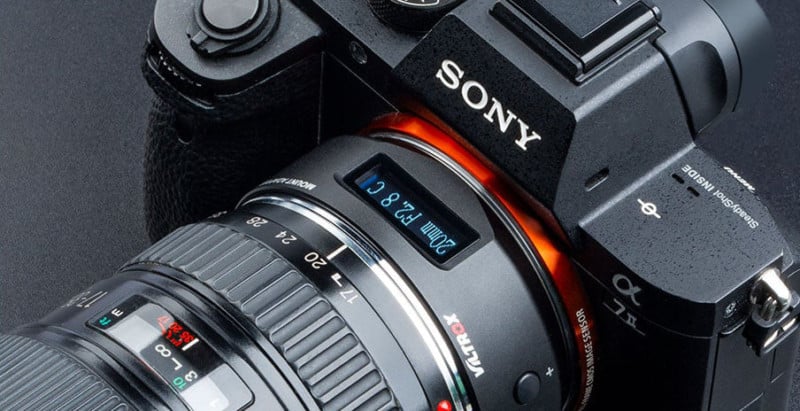 The adapter supports both phase-detection and contrast-detection autofocus, and the mode will be indicated by either a P or a C (respectively) on the adapter screen. The focus mode is selected using a dial to the right of the screen. 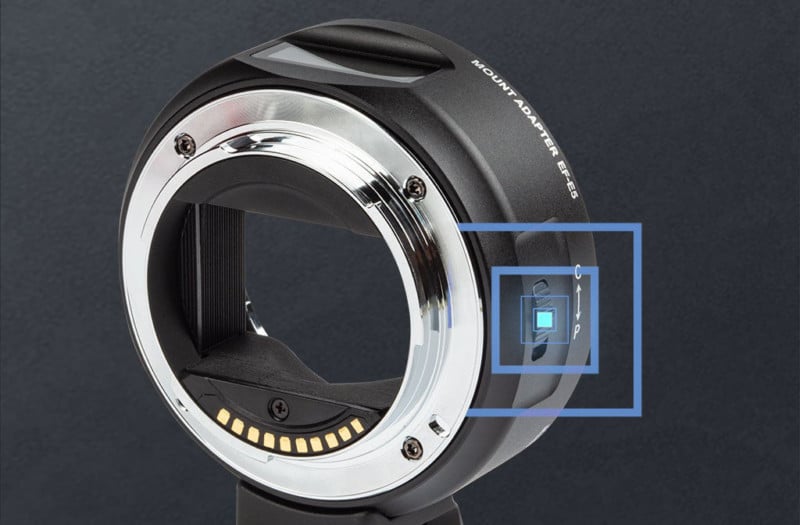 Holding down the – button causes the adapter to enter object distance display mode, showing the distance of what the camera is pointed at.

Inside the front mount of the adapter is a Micro USB port that is used to perform firmware updates. Viltrox says that updates will allow the adapter to be upgraded to be compatible with future cameras and lenses on the market. 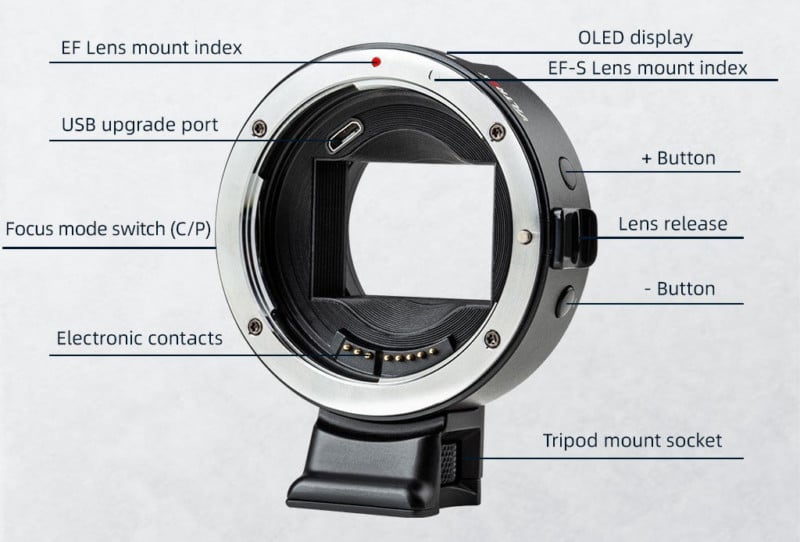 Features and Specs of the Adapter 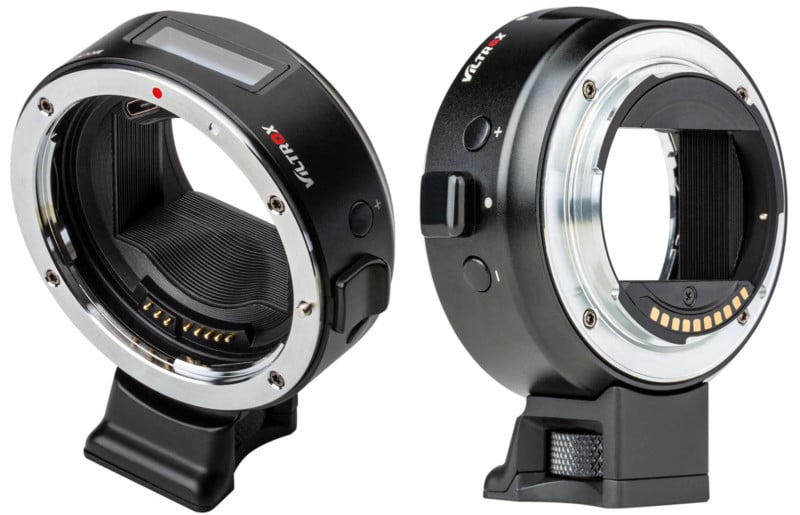 Other features and specs include metal electronic contacts, support for EXIF data, camera exposure adjustments, a standard 1/4″ tripod mount socket, support for Canon IS lens stabilization, a weight of 5.57oz (~156g), and a length of 1.44 inches (36.5mm).