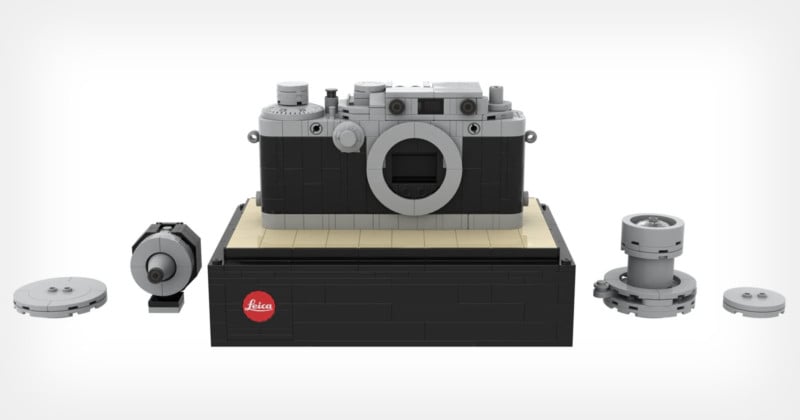 The hobbyist LEGO designer who goes by Pandis Pandus (and who previously created a 1914 Ur-Leica LEGO camera) is back with an even more elaborate concept kit. It’s a 1950 Leica IIIf LEGO camera that comes complete with a box, display stand, lens, finder, and caps.

The 1950 Leica IIIf Behind the Concept

“The Leica IIIf is an iconic rangefinder camera introduced in 1950,” the designer says. “It’s the Leica camera I happened to own, so I decided to recreate it with digital LEGO pieces, along with a 50mm f/2 lens, a 35 mm finder, a body cap, and a lens cap.” 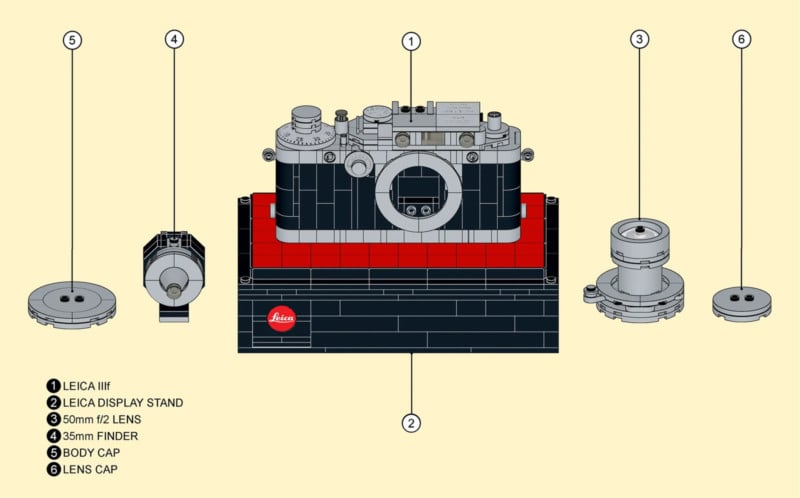 A Look at the LEGO Components

The full package comprises 586 different pieces, of which 125 are unique elements, 6 are decorated elements, and 2 are weight bricks. 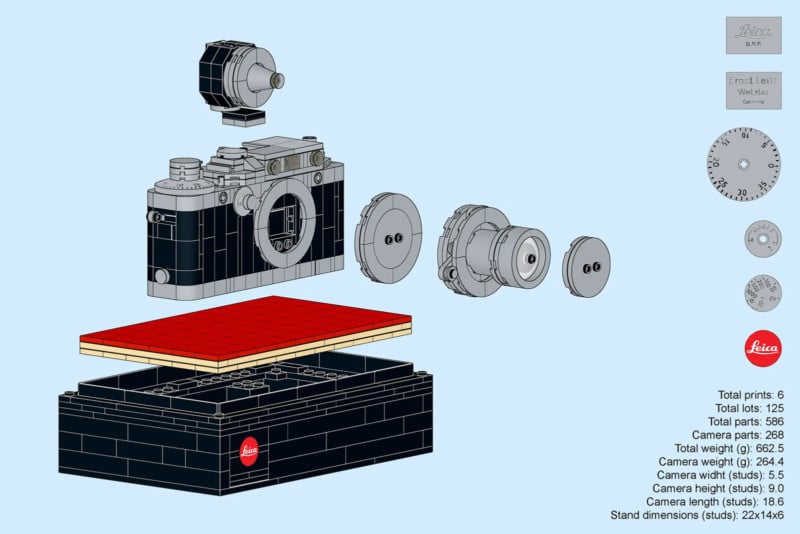 There are special touches with the build that add extra realism. First, the accessories that come with the camera can easily be attached and detached. Each dial on the camera can be rotated 360 degrees, and the shutter-release button can also be pressed in. 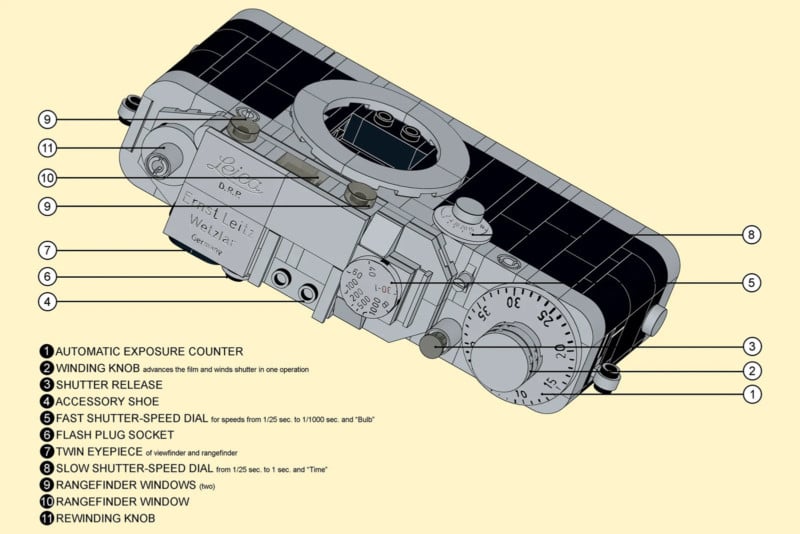 The display stand “allows you to display the camera on a red carpet finish, [or] alternatively on a tan wooden finish,” Pandus writes. “The layer of tiles securely rests on the stand and can be flipped around to show the different finishes.” 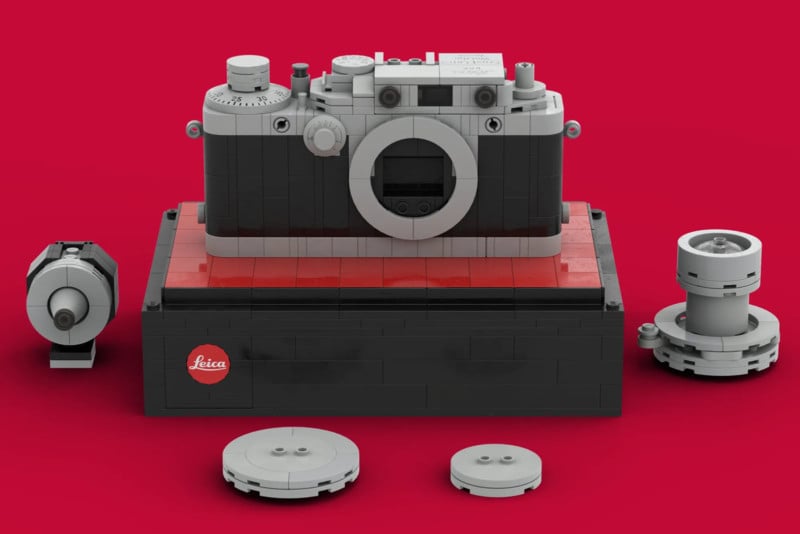 The Leica IIIf LEGO Camera Could One Day Be Real

Pandus has submitted this Leica IIIf LEGO camera kit as a product proposal to LEGO IDEAS in hopes of having it turned into a real LEGO set. It will need to attract 10,000 supporters before it will be reviewed by LEGO experts and possibly approved for production.

Back in 2018, Leica Store Miami actually sold official Leica M LEGO kits for a time. The camera sets came in black or brown and were priced at $45.

Anyone interested in seeing Pandis Pandus’s kit on store shelves one day can support the project on its IDEAS page.