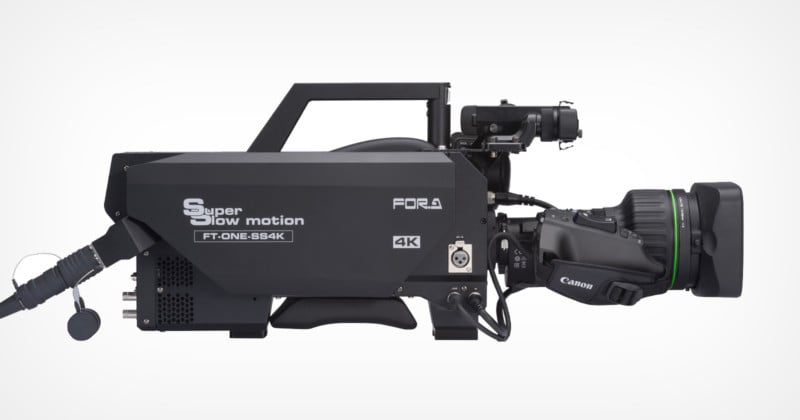 For-A has announced a new dual-sensor 2/3-inch 4K camera that allows for up to 1,000 frames per second with “no sacrifice on brightness” of the image that comes with traditional single-sensor cameras using broadcast lenses.

For-A is a Japanese company that develops, manufactures, and sells professional video equipment for various applications. Its latest camera, the FT-ONE-SS4K, is designed for live broadcast but features a unique, patented design that allows for Ultra-HD 4K video to be recorded at up to 1,000 frames per second using a new imaging system that uses two sensors and a prism.

The idea of multiple sensors in a broadcast camera isn’t a new one, but it has fallen out of favor in recent years. Multi-sensor cameras were once the go-to for use in broadcast and used three separate sensors to capture blue, green, and red color ranges. As explained by Red Shark, practically all sports broadcasting, a majority of news, and more or less anything that’s ever been shot in a multi-camera studio had been shot on cameras with 2/3-inch, three-chip sensor designs.

This style of camera is more complex and breaks from the modern preference of shallow depth of fields, but on the flipside offered a camera that could perform better for its sensor size. Single large sensor cameras do have their advantages, like depth of field and better dynamic range.

“The thing is, it’s quite possible to achieve similarly improved photosite size on a smaller (effective) sensor by using three,” Phil Rhodes writes on Red Shark. “We get three times the sensor area for photosites, but we don’t need to project an image that’s actually any bigger than the size of one of them.”

Because smaller projected image sizes require smaller lenses to achieve the same f-stop and framing, the advantages are considerable for broadcast purposes. Still, they are less common lately and have generally fallen out of favor in lieu of single-sensor cameras. But the switch wasn’t without consequence, as the lenses originally designed for those multi-sensor cameras were just adapted for use on single-sensor cameras.

Typically, high frame rate videography already requires faster shutter speeds and therefore reduces the amount of light that a sensor can capture between each frame. Compounding on this issue is that many broadcasting organizations now use cameras that utilize a PL-mount, which is common with the filmmaking cameras often employed by broadcast organizations. In order to use the previous 2/3 B4 lens mount that was originally found on the older multi-sensor cameras, a converting optic is required between the camera and the lens which usually results in further light loss.

For-A explains that the new technology it is using in the FT-OONE-SS4K uses two sensors behind a prism block, which it calls a “revolutionary technology” that eliminates the need for a converter by accepting B4 mount lenses natively as well as supporting high-resolution high frame rate capture. The company claims this is the first 2/3-inch sensor camera that can shoot 4K at up to 1,000 frames per second. 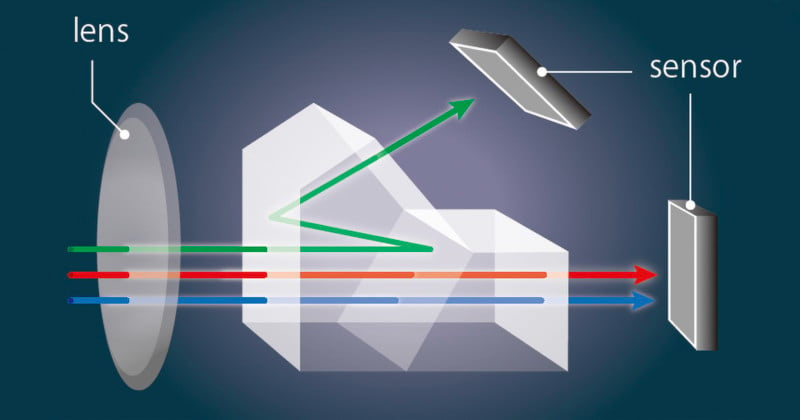 “There’s absolutely no sacrifice on brightness. While a single sensor loses 2.5 stops brightness using a lens conversion adaptor, a 2/3-inch platform provides a deep depth of field, allowing the user to easily focus, even at over 100x zoom.”

In short, For-A says it has managed to combine the benefits of both multi-sensor systems and single sensor cameras into one.

The technological advancements in this area are likely foreign to the average person, but new technology in camera and sensor development can have rippling effects on what can or should be developed for everyday use in the future.