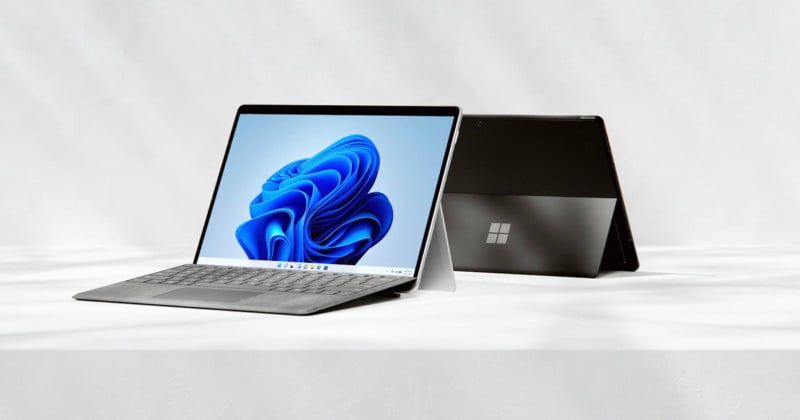 The Surface Pro 8 has been purpose-built for Windows 11 and promises up to 16 hours of battery life. It combines the power of a laptop with the flexibility of a tablet.

Lightweight at 889 grams (two pounds), it utilizes what Microsoft calls an innovative thermal design to keep it thin as well as cool. The tablet features an 11th Gen Intel Core processor with active cooling that the company claims this makes it 43-percent more powerful than the previous Surface Pro 7 model. 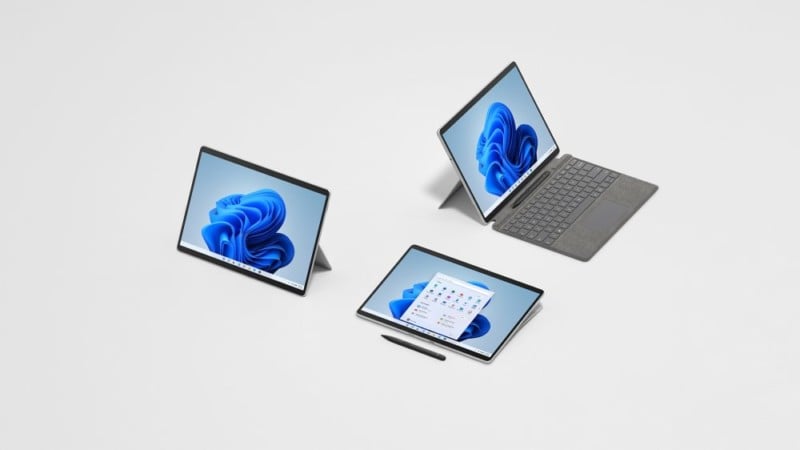 Surface Pro 8 has a larger 13-inch touchscreen display when compared to Surface Pro 7’s 12.3-inch display. Similar to the recently announced 9th Gen iPad, Surface Pro 8 also has adaptive color technology that enables automatic screen adjustments based on the ambient light and brightness in the room. 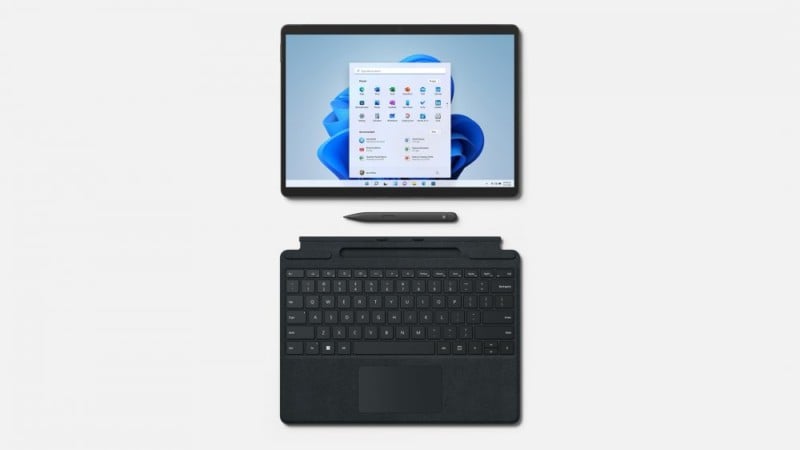 The tablet has two Thunderbolt 4 ports and is compatible with another new product in Microsoft’s line, the Surface Slim Pen 2. The new stylus magnetically attaches to the tablet for charging and safekeeping charged when used with the Surface Pro Signature Keyboard.

Microsoft says the Surface Slim Pen 2 has been designed to mimic the feel of a pen on paper with subtle interactions that make painting, drawing, and designing feel more realistic. The company claims it has has ultra-low latency, “exceptional” accuracy, and great control. 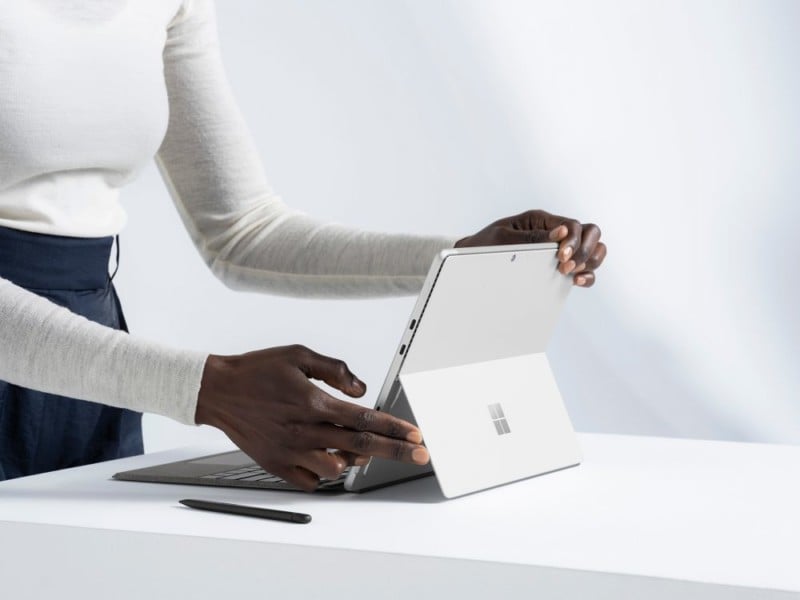 Microsoft says that this is the company’s most powerful Surface Pro up to date and can easily handle powerful workflows on the go, such as design and editing work in Adobe Photoshop.