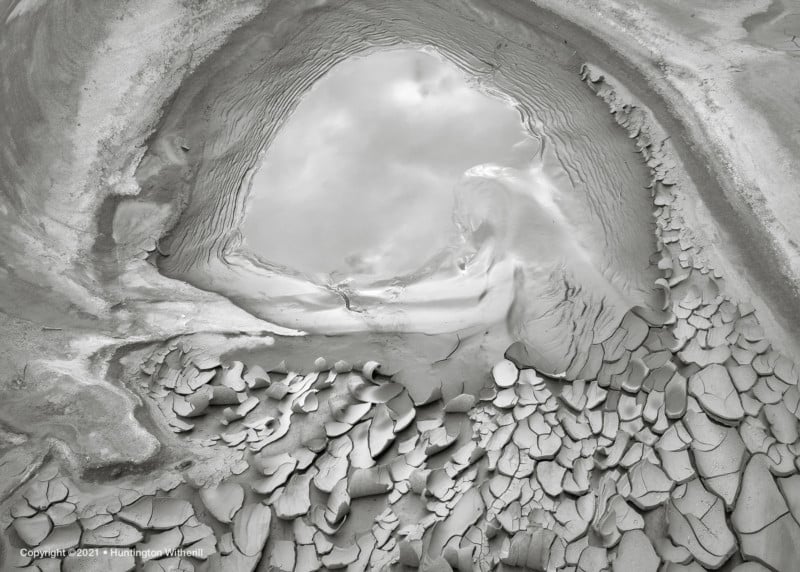 The overall measure of success for any photographer will likely be at least partially attributable to the effectiveness with which they are able to edit their own work. And by the way, in this context, I use the term “edit” to refer to the practice of separating good photographs from bad, rather than the act of modifying individual images through post-processing. (English can be such a tricky language.)

One of those behind-the-scenes realities associated with the pursuit of art is the fact that — when it comes to successful work output — artistic failures nearly always outnumber artistic successes, by a considerable margin. Of course, this stands to reason. If every photograph produced was a clear and unambiguous winner, the pursuit, itself, would quickly lose its appeal. To paraphrase a plotline from one of the early episodes of Rod Serling’s critically acclaimed 1960’s television series: The Twilight Zone, imagine yourself to be a golfer who hits a hole-in-one, each and every time you tee-up the ball. How long will it be before you feel compelled to wrap your golf clubs around the nearest tree?

The ongoing uncertainty of artistic success is one of those fundamental motivators that keeps us engaged in the pursuit, itself. We look to our inevitable failures as a means to gather insight into both the artistic process and our personalized approach to it. We can also covertly marvel at our occasional successes as a means to gather the requisite self-confidence with which to overcome those seemingly ubiquitous setbacks that prevent us from producing more than a finite number of truly meaningful works.

Either way, the ability to separate the wheat from the chaff is an important skill that can help to better define (and ultimately refine) the hallmark of your individual work output. And in that respect, effective image editing is as integral to the process of photography as is the ability to achieve precise focus with a camera.

Yet, for a process that seems as simple as separating “good” photographs from “bad,” image editing appears to be one of those artistic tools that are too often compromised through inattention, lack of commitment, over-confidence, unrealistic expectations, and (in some cases) even outright avoidance, altogether.

Though I would never presume to suggest that there is a single, correct way to approach the art of image editing – nor that my own chosen approach is, in any way, superior to any other – the process remains deserving of ongoing examination and repeated application, if for no other reason than to encourage the idea that due diligence paid to the practice of image editing, itself, will normally result in an instantaneous (and often significant) improvement to one’s overall work output.
Critically evaluating your own work is of course an ongoing process that remains integral to virtually every other working process associated with the art and craft of photography. Given each photograph that is produced along the way – from concept to completion – the efficacy, discipline, and level of scrutiny associated with your ongoing critical evaluations constitute the most effective tool with which to preserve the underlying integrity of your overall work product. Obviously, we can’t avoid making mistakes along the way. But, through the use of effective image editing, we can see to it that those mistakes don’t inadvertently pollute the well of our, otherwise, cumulative artistic accomplishments.

One of the first things I attempt to resolve (or more properly, re-affirm) when engaging the image editing process is to clarify the overall intent and expectation with respect to the totality of my work. Allow me to suggest a couple of contrasting strategies in this regard to help explain what I mean. 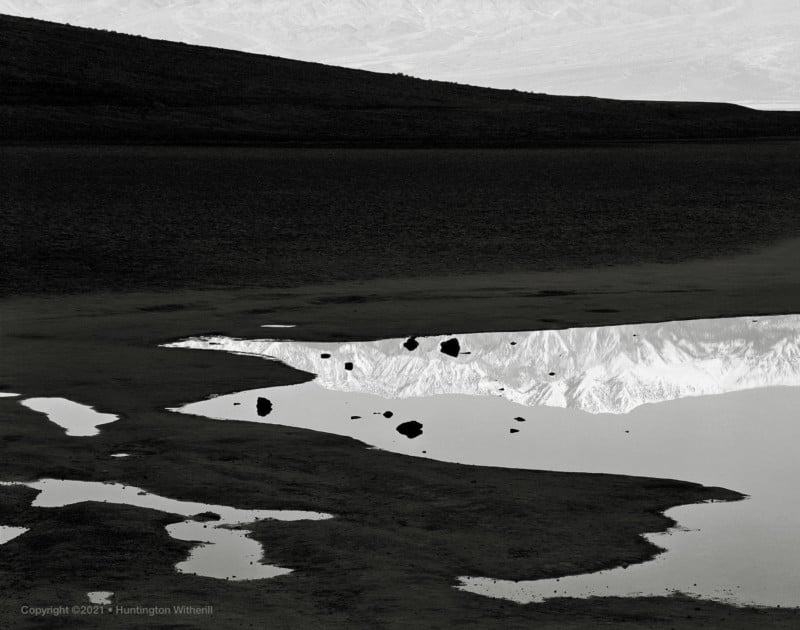 I have always considered (and evaluated) each photograph in terms of it being an individual entity that must, first and foremost, stand on its own as a singular definitive expression. While I do admittedly work with what I refer to as images in series (meaning groups of images centered upon a unifying theme) my first consideration when editing will be to ask myself:

Does this photograph have the ability to stand on its own, outside the confines of whatever series it may be a part of?

From a personal standpoint, this remains an important threshold question because of the fact that I tend to view photographs more as individual (stand-alone) artistic statements rather than as illustrations designed to accompany or support other types of external sources (such as the written word, or perhaps even other photographs).

Obviously, if you are a photographer who uses the medium as a means to illustrate and/or support written narratives, it would be important for each individual image to contribute to (and be supportive of) the narrative to which it is being assigned, rather than to necessarily stand on its own as a singular expression. As such, not all photographers will (or even should) initially evaluate their work in a manner that is similar to my own.

Yet moving forward – and while there can be an infinite variety of valid objectives – reaffirming the ultimate intent of your work should always serve as a first order of business when it comes to image editing. If an image does not solidly reflect your primary intent, it should be summarily remanded to the rejection pile, regardless of whatever other attributes that photograph may or may not possess. 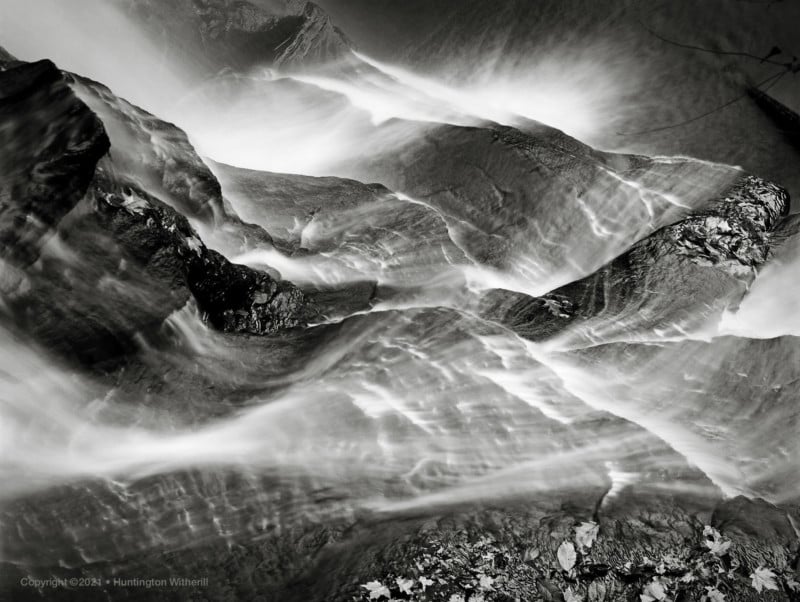 Determining whether or not an image meets my primary objective will normally come as a result of first applying a relatively simple set of cultivated criteria designed to answer the most basic and pertinent question: What constitutes a “good” photograph?

I normally consider three specific criteria when initially evaluating the relative merits of any given photograph. From my own perspective, a “good” photograph will nearly always exhibit the following three attributes:

Assuming the above three conditions have been met, it then becomes a matter of consulting your own developed aesthetic sensibilities in order to determine which photographs are to be kept, and which are to be rejected. Of course, the aesthetic decisions made in this context comprise the most difficult and demanding aspect of the editing process. And to complicate matters – due to our ever-evolving aesthetic tastes – those decisions will tend to reinvent themselves over time. This is the reason that the process, itself, needs to be continually revisited. It should also go without saying that, the more individual images you have to edit from, the easier the process will become.

It stands to reason that if you need or want to present a portfolio of 12 images, you’ll end up with a far more successful result if you start with 100 images, rather than being constrained by having only 15 or 20 images from which to subsequently narrow the field to 12. Simply put: the fewer images you have to choose from, the more you will be compelled to compromise. This is why I often encourage students to concentrate on increasing the quantity of their output, rather than worrying so much about the quality of output.

At the risk of sounding like a broken record, there’s no substitute for exhaustive first-hand experience. The more practice you devote to any given pursuit, the more accomplished you will naturally become. The more you exercise your camera, the greater the quantity of results you will amass, and the higher the overall quality of your edited results will inevitably be. Extensive first-hand experience may not be the most expedient formula for achieving success, but, it nevertheless remains the only formula that maintains a proven track record. 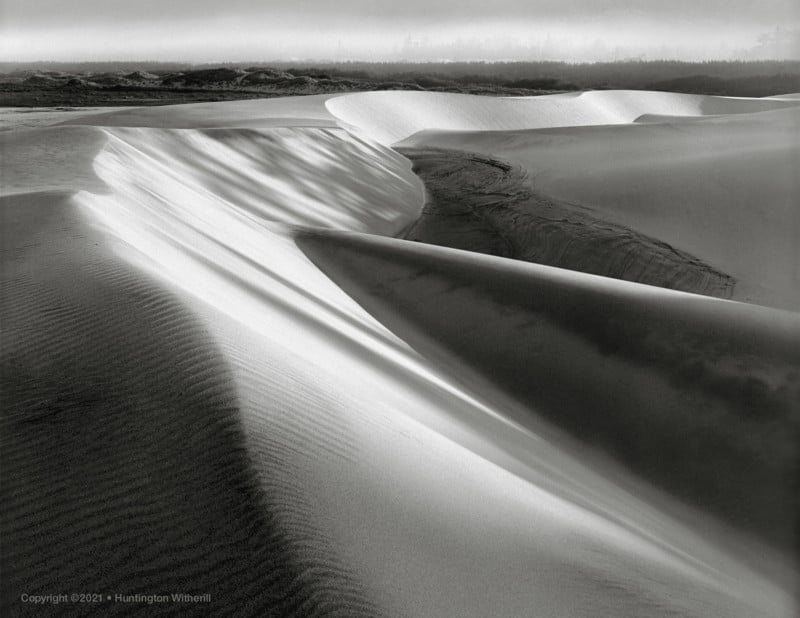 With photography, the end product is not unlike a chain. Each photograph we make involves a series of linked decisions which, cumulatively, serve to define the overall strength and integrity of the end result. And just as it is with any chain, the overall integrity of the finished product will be only as strong as its weakest link. Image editing is one of those links that requires uncompromised critical judgments that may not always be easy or comfortable to make. If you approach the image editing process with a level of care and due diligence that is any less critical than ought to be the case with all of the other decisions you are making along the way, the editing process, itself, will inevitably become your weakest link.

And, speaking of track records, for a brief time while in high school, I was a member of the track and field team. My chosen specialty was the high jump. I’ve often thought of the image editing process as being not unlike the sport of high jumping. With each new photograph (as with each successive jump) the bar is properly set just a bit higher than it was with the previous effort. In the beginning, raising (and subsequently clearing) the bar seemed almost assured. Of course, the higher the bar is increasingly set and the more demanding and focused your aesthetic sensibilities become – the more difficult it will inevitably be to successfully clear the bar. And, that’s as it should be. The key to your success will be to maintain your aesthetic standards… and never stop practicing! 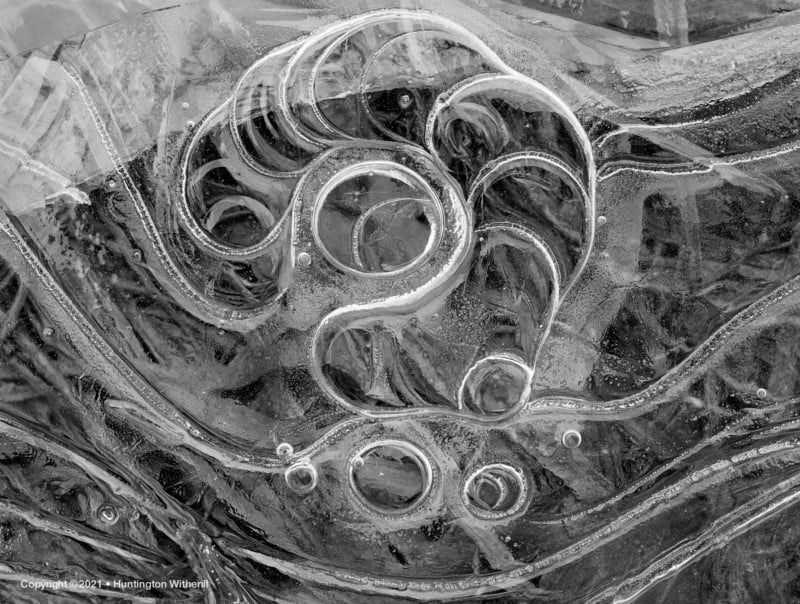 After 50 years of striving to continually raise the bar of my own aesthetic aspirations, I can say with honest assurance that while it’s not nearly as easy, nor often, that I am able to successfully clear the bar (by comparison to the relative degree of progress I was able to achieve in my youth) I am no less committed to the act of maintaining the pursuit, itself. And to be sure, the overall endeavor remains every bit as rewarding as it has always been. As such, I can (and do) highly recommend the act of paying close attention to (and continually revisiting) the process of image editing. And just so there’s no confusion, I also realize that I’d be best served not to attempt any more high jumping. At my age, I consider myself lucky enough to be able to clear the threshold of my own front door.

About the author: Huntington Witherill studied photography in the early 1970’s with such notables as Ansel Adams, Wynn Bullock, Steve Crouch and Al Weber, Witherill has remained faithful to his classical roots while progressively transitioning toward a more contemporary approach to the medium. Over the past fifty years, his work has been featured in more than one hundred individual and group exhibitions in museums and galleries throughout the world.

Since 1975, Witherill has also continued to teach photography for a variety of institutions and workshop programs throughout the United States, including the University of California, the Friends of Photography, the Center for Photographic Art, the Oklahoma Arts Institute, and the Ansel Adams Gallery, among others. Huntington Witherill lives on the Monterey Peninsula in Central California.