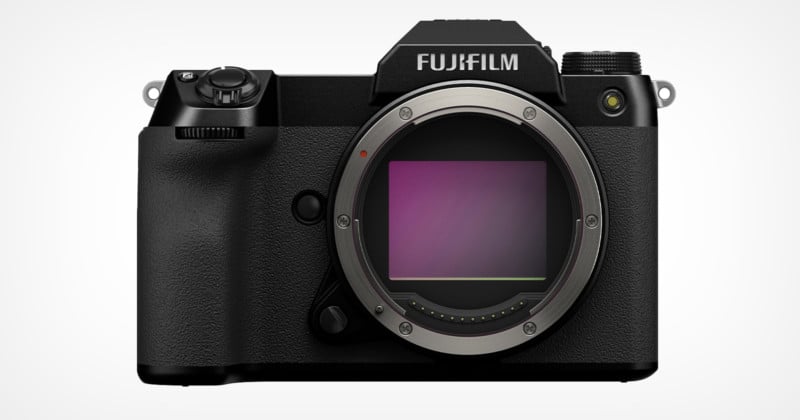 Fujifilm has announced the newest addition to the GFX medium format mirrorless camera lineup: the 51.4-megapixel GFX50S II. With a price tag of $3,999, it’s the most affordable digital medium format camera ever made.


The company says the GFX50S II offers the perfect mix of accessibility and flexibility with professional features that include 19 Film Simulation modes, advanced autofocusing, and a large number of exposure controls. The new camera uses a specialized design with uniquely small, light-collecting microlenses on the sensor that creates a wide gap between adjacent pixels, which Fujifilm says maximizes light resolution per pixel for increased image sharpness. The company claims that this increased light-receiving area per pixel provides a high ISO sensitivity, a wide dynamic range, and tonality, and provides precise highlight and shadow clipping. The new compact GFX50S II has five-axis in-body stabilization (IBIS) that the company says delivers up to 6.5 stops of vibration reduction, which is the highest available to the GFX lineup. This is made possible by the use of a high-performance gyro sensor and accelerometer that has an increased sensitivity capable of detecting motion at high accuracy for precise image stabilization. This will provide more hand-held shooting opportunities when compared to previous medium format generations which tended to remain mounted on tripods for slow and careful shooting.

Fujifilm says the GFX50S II leverages the latest high-speed processing engine (the X-processor 4) and algorithms for a fast and high-precision contrast-detection autofocus system that works in tandem with the IBIS to control motion blur and improve its focus performance. This includes an improved face and eye detection autofocus compared to the previous GFX50S. The new medium format system is made of what Fujifilm bills as highly rigid magnesium alloy that weighs approximately 900 grams (37.1 ounces) and measures 4.1 inches (104.2mm) high and 3.4 inches (87.2mm) deep, with an improved grip shape to reduce hand strain and increase comfort. The camera is also weather-resistant at 60 locations, offering dust and moisture resistance and the ability to operate in temperatures as low as 14-degrees Fahrenheit (-10-degrees Celcius) when used with an equally weather-resistant lens. 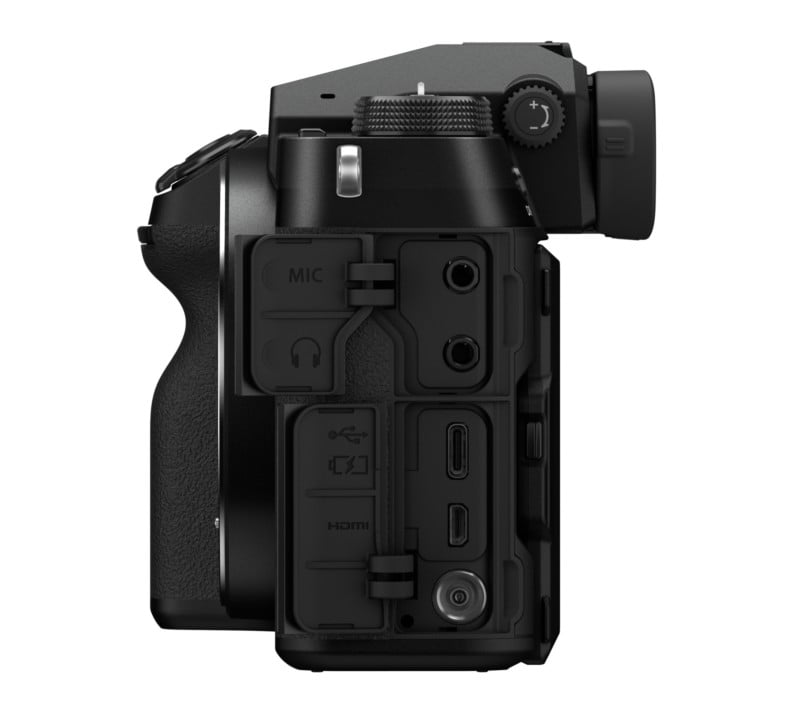 For displays, the GFX50S II has a 1.8-inch LCD monitor on the top panel that displays key EXIF settings and a rear 3.2-inch main LCD monitor that can tilt in three directions to enable high and low angle shooting where the electronic viewfinder (EVF) cannot be easily used. 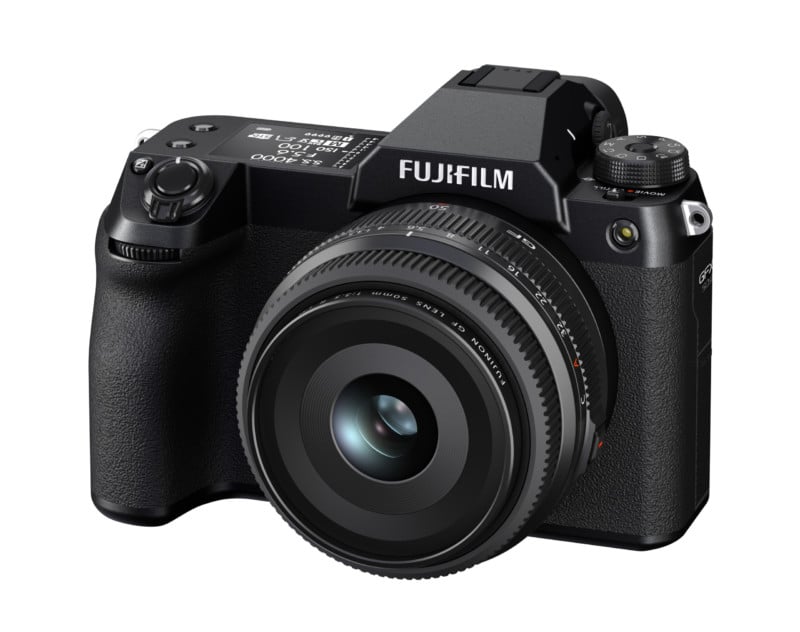 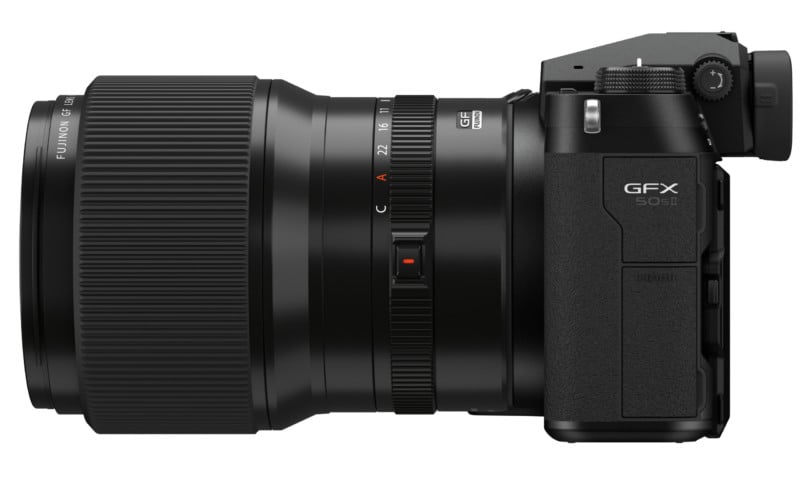 Fujifilm also says the GFX50S II features the Pixel Shift Multi-Shot function, which is capable of creating 200MP images almost entirely free of false color presentation, making it ideal for archiving large artwork and historical artifacts. The Pixel Shift function uses the camera’s IBIS to shift the image sensor by 0.5 pixels to incrementally record 16 RAW files and combine them into a single Digital Negative (DNG) RAW with the Pixel Shift Combiner software. This function can also be configured to produce 51.4MP images which are easier to handle. 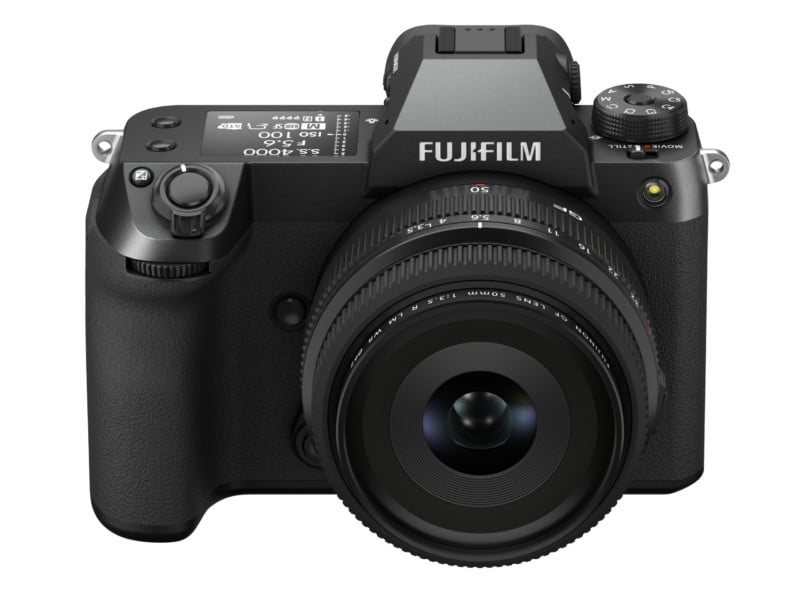 Here are some sample photos captured with the camera (you can download original resolution JPEG and raw versions here):