Well-known wet plate photographer Markus Hofstätter recently purchased an old wet-plate camera, repaired it to a working condition, and added two lenses to it with the help of his 3D printer.

An Austrian-based photographer and educator, Hofstätter likes to bring the old and new together. In his photography, he specializes in collodion wet-plate, which means that he’s regularly working with decades-old equipment that may require certain parts restored. He recently purchased a Mentor wet-plate camera at the Camera Obscura Festival auction and had to spend some time repairing it to bring it back to life, similarly how he repaired a damaged Linhof tripod a short while ago. 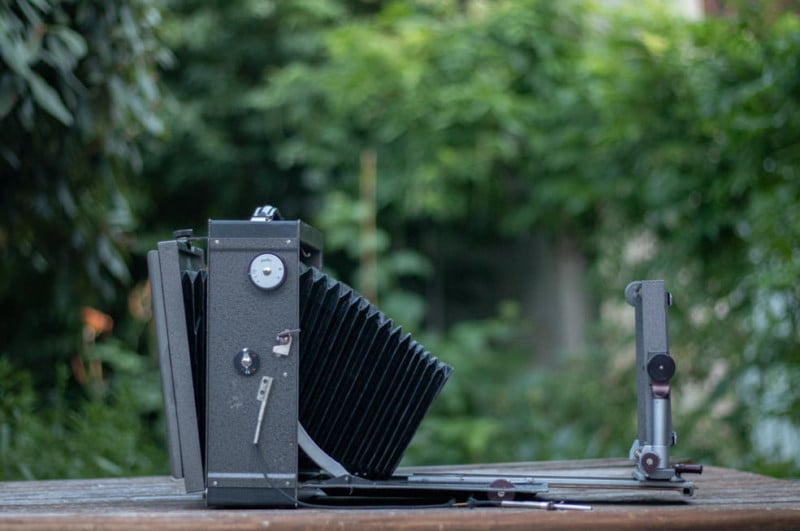 In his latest YouTube video, Hofstätter shows that it is possible to restore damaged equipment back to full working order, even though at first glance old cameras like these could be overlooked and forgotten. First, he had to fix the slide lock before he made repairs to the wobbly plate holder — which could otherwise lead to light leaks — and the cable release. Although the bellows — which is the accordion-like, pleated expandable part of a camera — wasn’t broken, it made a cracking noise so Hofstätter decided to rip it apart and glue it all together himself.

To be able to shoot a wet plate with this camera, Hofstätter had to modify the plate holder and was on the lookout for a suitable lens. He eventually found a fast Leitz Hektor 200mm f/2.5 lens and, using his 3D printer, Hofstätter made a compatible lens port. After four days of printing, he had to add final touches and his new wet-plate set up was ready for a portrait shoot in the garden. 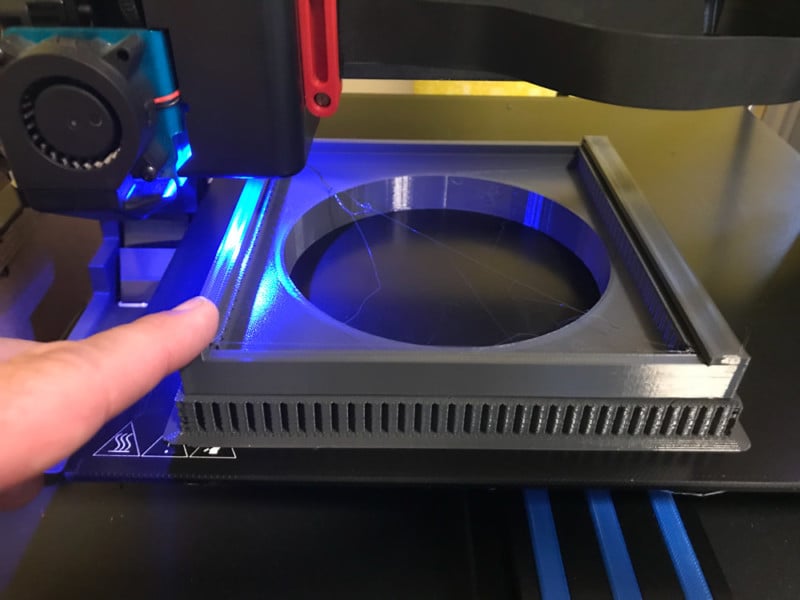 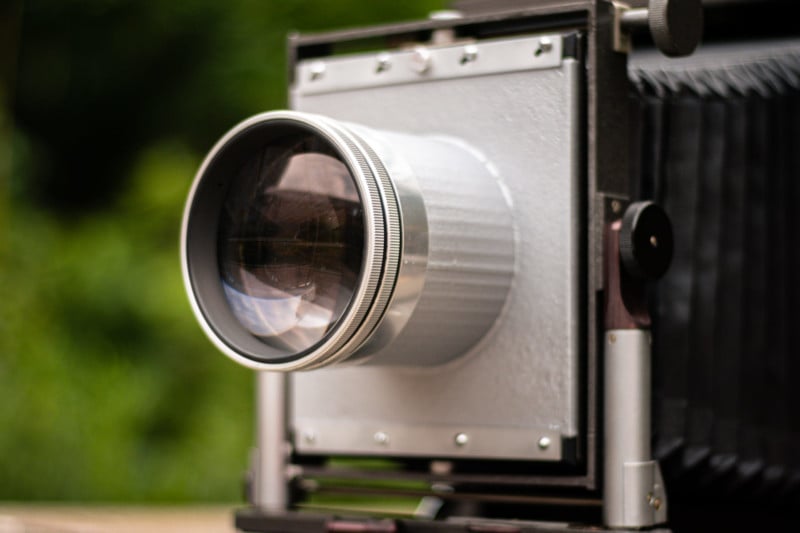 The reason why Hofstätter is attracted to wet-plate collodion photography is that the shooter gets instant results, similar to polaroids, which makes it a great process for impatient analog photographers. Also, every single plate is one of a kind, which makes the results unique and the look cannot be easily reproduced digitally. Because of this excitement, Hofstätter tells PetaPixel that he remembers the plates he has taken for a very long time compared to the more fast-paced digital shooting.

As an experienced wet-plate shooter himself, Hofstätter recommends attending a workshop to learn about the process, including the danger of the chemicals, the equipment, and the history of this type of photography. Even better if support is provided after the workshop to ensure safe wet-plate practice. He also recommends two books: “Chemical Pictures: Making Ambrotypes Tintypes Negatives and Prints” by Quinn Jacobson or “Das Kollodium” (German language) by Peter Michels. 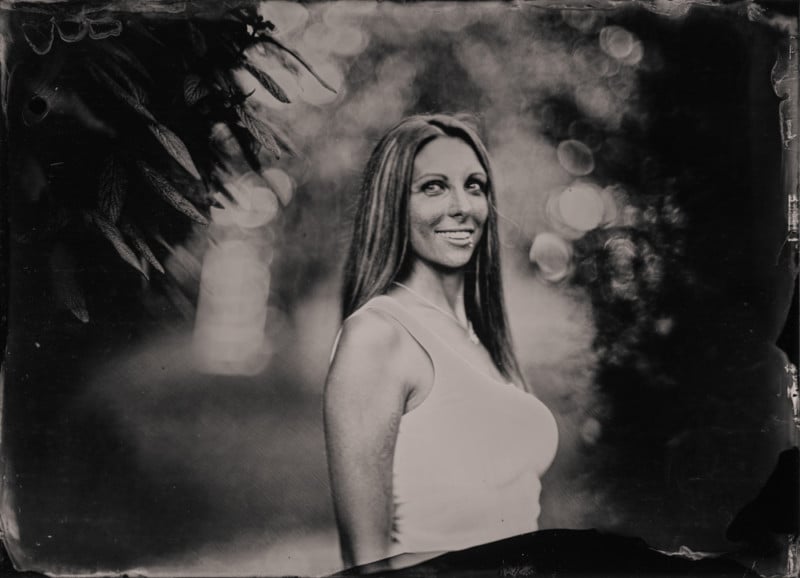 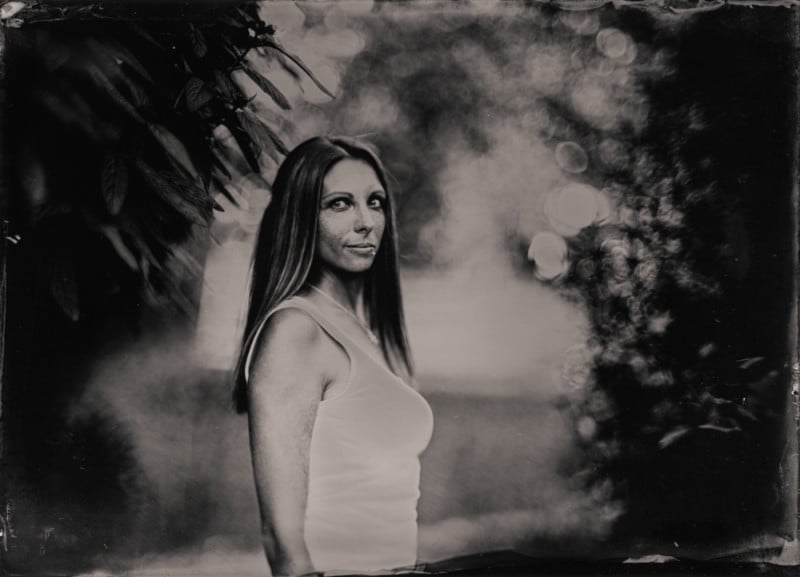 For those looking to buy a camera of this kind, he explains that a lot of wooden cameras were made by unknown carpenters, which although isn’t a bad thing, it can mean that the buyer forgets to check if the camera comes with fitting plate holders, which is necessary otherwise the chances of getting a suitable holder are very low. When it comes to lenses, small scratches are nothing to worry about but it is recommended to see the equipment in person or it can also be bought from a trusted source, like Wet Plate Dreams, which provides accurate descriptions for buyers.

However, even if buying from a reliable source, there are additional tasks to undertake, such as modifying the plate holder for the wet plate process, as presented in his video above.

More of Hofstätter’s work, including wet plate portraits, can be found on his website, blog, and Instagram page, while his videos can be viewed on his YouTube channel.

Image credits: All images by Markus Hofstätter and used with permission.