Wet plate photographer Markus Hofstätter took it upon himself to bring a giant 73-kilogram (160-pounds) ultra-large format flatbed scanner back to life, a process that took three full months.

Hofstätter, based in Austria, doesn’t shy away from difficult, tedious projects. He has turned an ice fishing tent into a large mobile darkroom and repaired a broken 50-year-old Linhof tripod for his large-format cameras. He even repairs wet plate cameras with the help of his 3D printer. For Hofstätter, no project is too big if the results are promising.

Setting up the Giant Flatbed Scanner

As Hofstätter had been searching for years for a larger flatbed scanner to scan his ultra-large format wet plates, his latest project came about when he finally found one on sale. A friend notified him about a Screen Cezanne scanner looking for a new home, so Hofstätter quickly snapped it up.

These scanners aren’t made anymore and the parts are therefore difficult to find. Additionally, they run on old hardware and software which can make modernizing them challenging. 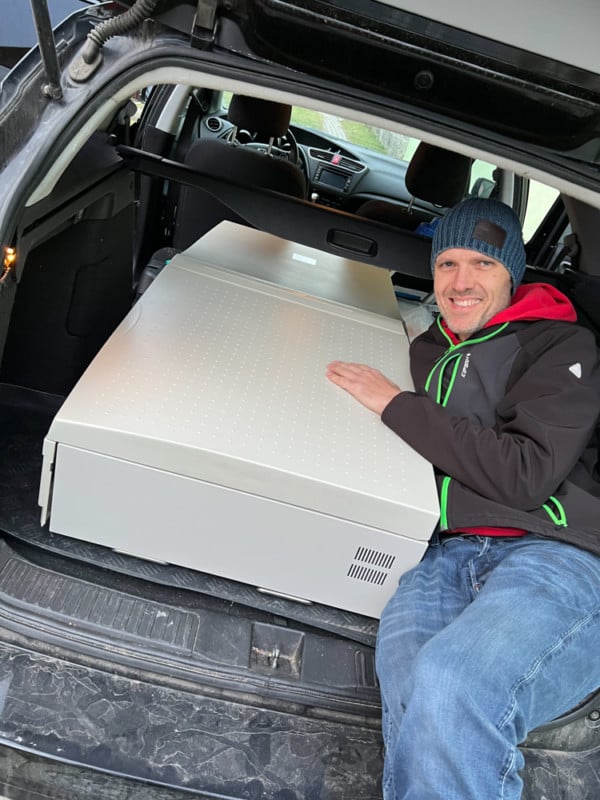 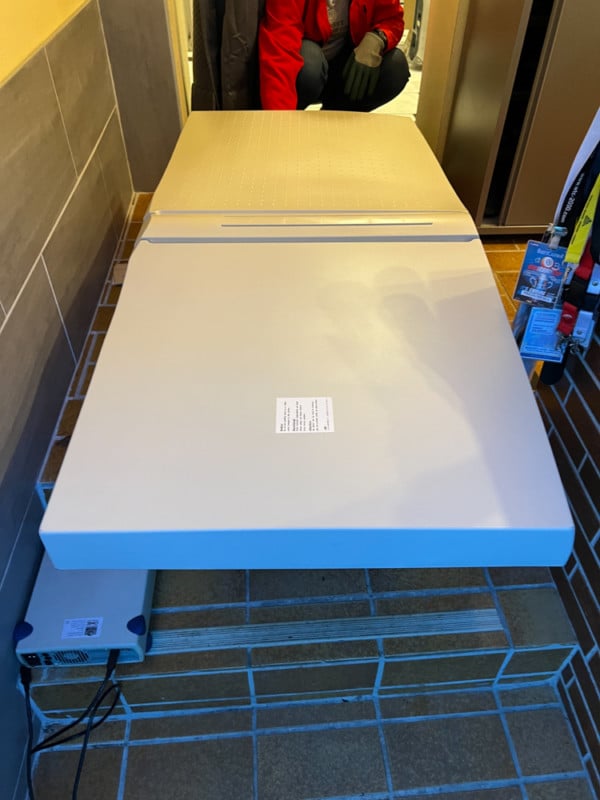 The gigantic scanner barely fit in the car and through Hofstätter’s front door. Although it was in good working condition, the problem was the scanner came with a slow 433mhz Power Mac.

This would make large file transfers unbearable, but Hofstätter was fortunate to find someone selling a used but mighty Power Mac G4 Quicksilver to go with his new scanner purchase. His buy even came with Apple Cinema Display in its original packaging. 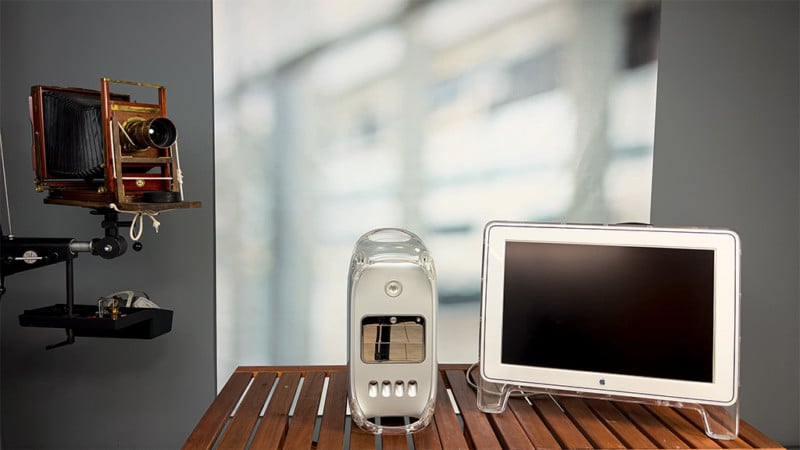 To speed up his new Power Mac even further, Hofstätter upgraded it with a USB 2 card, a new SSD, and a Power Domain 2930 SCSI card, along with a PATA/SATA adapter — all of which made the Mac powerful enough to cope with large wet plate files. 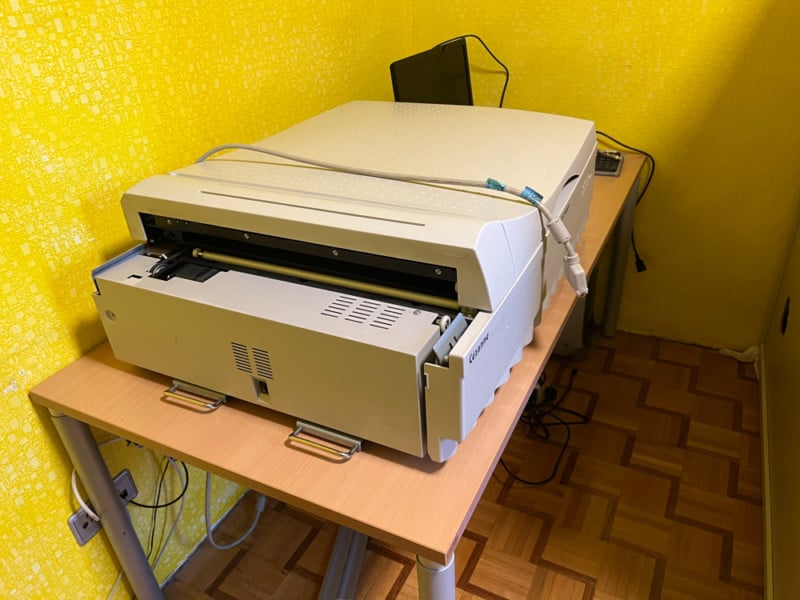 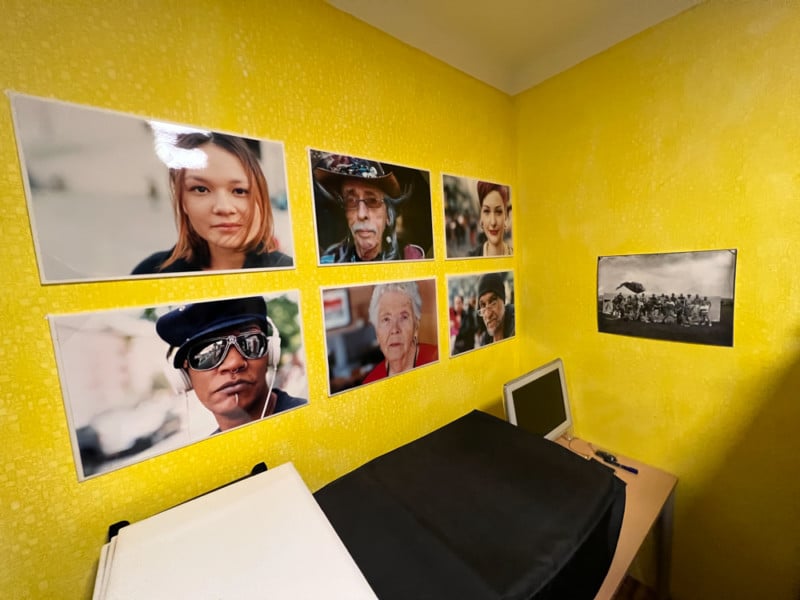 The scanner can handle film and plates up to 13 by 20.9 inches, with a maximum resolution of 5,300 dpi. The scanning interface took Hofstätter some time to learn because it comes with many different options and settings.

Hofstätter’s first test was with a 30x40cm collodion wet plate, shot on an ultra-large format camera with Voigtländer Heliar Universal 360mm f/4.5 lens. To other photographers doing reflective scans like his, Hofstätter suggests always using a black background to avoid light bleeding onto the photo as it happened to one of his plates. 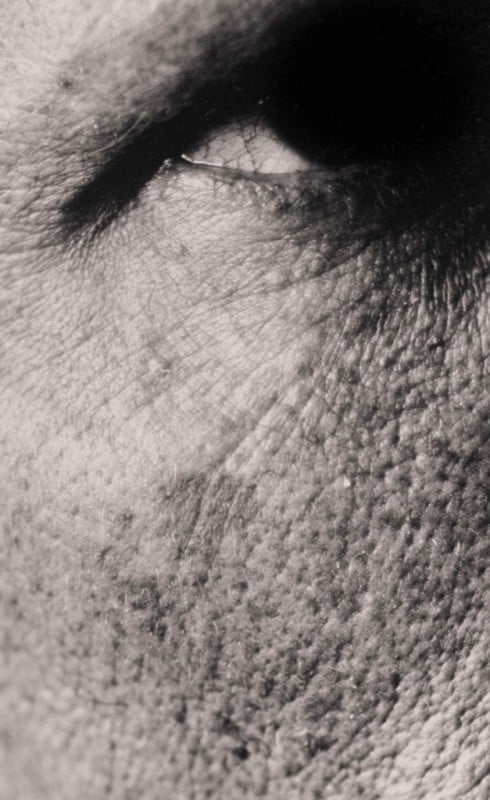 However, the second time around, using a black sheet of paper as a background, the scanned results came out “amazing.” Using a scanner like this, he found that the files didn’t need any post-processing and produced “mindblowing” detail. 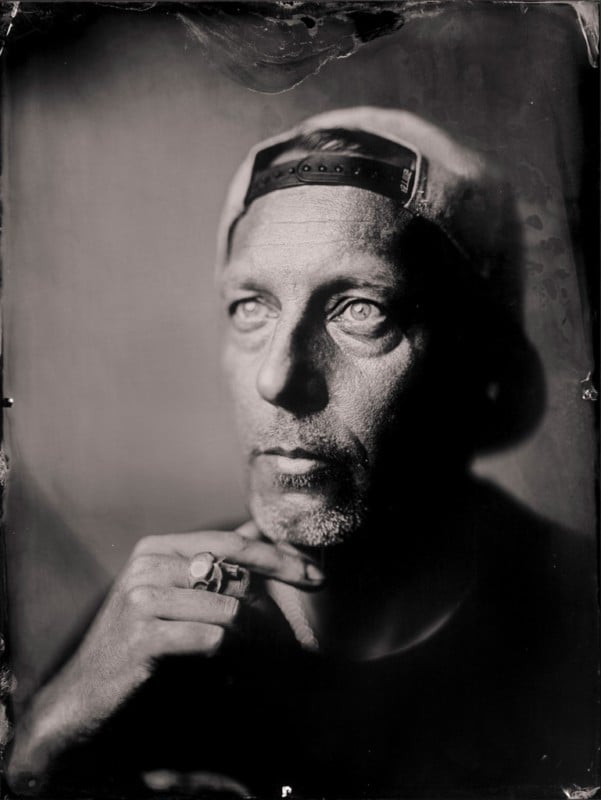 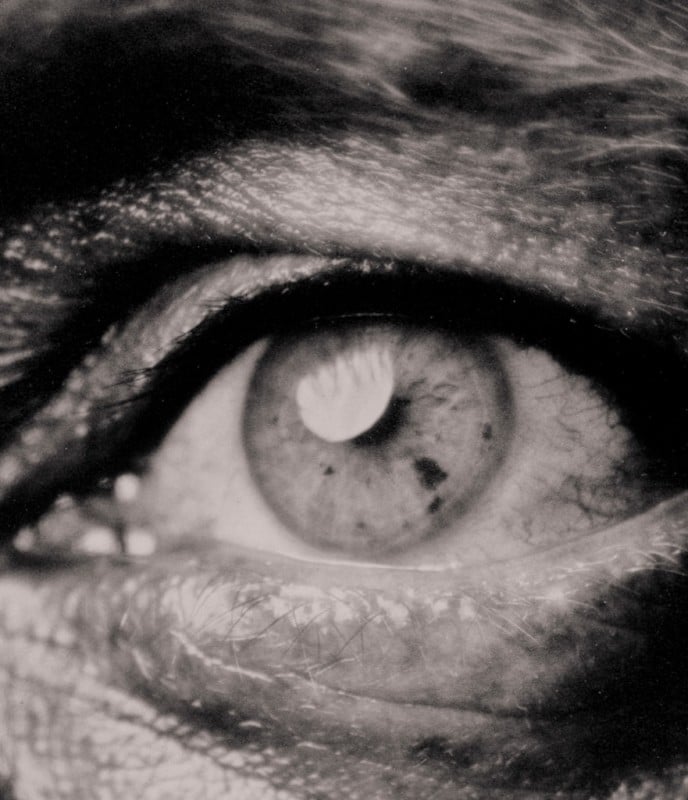