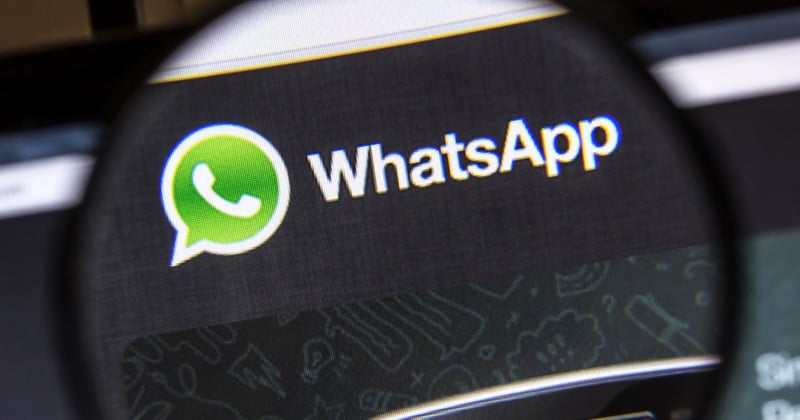 Just one day after Apple confirmed that it plans to roll out new software that will detect child abuse imagery on iPhones, WhatsApp’s head took to Twitter to call out the move as a “surveillance system” that could be abused.

Apple recently announced that it would roll out a software update this fall that would target three main areas to help keep children safe from exploitation and abuse. The company has faced criticism for the decision. While the specific target of the move is generally praised, the implications of the artificial intelligence used have caused some to worry about what the limits would be. In short, many argue that private corporations should not be responsible for acting as watchdogs.

on the surface this is great news, but it’s also kind of like if Amazon announced Alexa will now call the police if it thinks it hears a murder. Private corporations without oversight should probably not be acting as extrajudicial watchdogs. https://t.co/bORBuOYdno

Will Cathcart, WhatsApp’s head at Facebook, criticized the decision as one that could be used to scan private content for anything that Apple or a government decided that it wanted to control and specifically referenced China as one place where such technology could be abused.

“Apple has long needed to do more to fight CSAM, but the approach they are taking introduces something very concerning into the world,” Cathart writes. “Will this system be used in China? What content will they consider illegal there and how will we ever know? How will they manage requests from governments all around the world to add other types of content to the list for scanning?”

We’ve had personal computers for decades and there has never been a mandate to scan the private content of all desktops, laptops or phones globally for unlawful content. It’s not how technology built in free countries works.

There are so many problems with this approach, and it’s troubling to see them act without engaging experts that have long documented their technical and broader concerns with this.

…”it would be wrong for the government to force us to build a backdoor into our products. And ultimately, we fear that this demand would undermine the very freedoms and liberty our government is meant to protect.” Those words were wise then, and worth heeding here now.

Apple is facing particular criticism because of its recent campaigns that tout the company as one that is focused on privacy.

“Instead of focusing on making it easy for people to report content that’s shared with them, Apple has built software that can scan all the private photos on your phone — even photos you haven’t shared with anyone. That’s not privacy,” Cathart continues.

It should be noted that as a Facebook company, WhatsApp has much to gain from public statements against Apple policies. Facebook has repeatedly criticized Apple for interfering with Facebook’s ability to track users and target ads and has called the tech giant one of its biggest competitors, going so far as to accuse Apple of using its dominant platform position to push its own apps over those like Facebook.

Apple recently updated its iOS to new opt-in requirements for users that ask developers to get express consent from device owners before they allow their unique identifiers to be collected and shared. While this is a boon for individual privacy, it was a massive hit to Facebook’s business model.

To fight it, Facebook went so far as to send notifications through its apps, including Instagram, to try and sway users to allow them to continue to allow app tracking.

WhatsApp itself has not always had a shining history when it comes to privacy either. Facebook was hoping to monetize WhatsApp by allowing advertisers to contact customers directly via the app. A proposed change to its data-sharing policy in January exposed Facebook to a potential lawsuit and triggered a nationwide investigation into its operations.