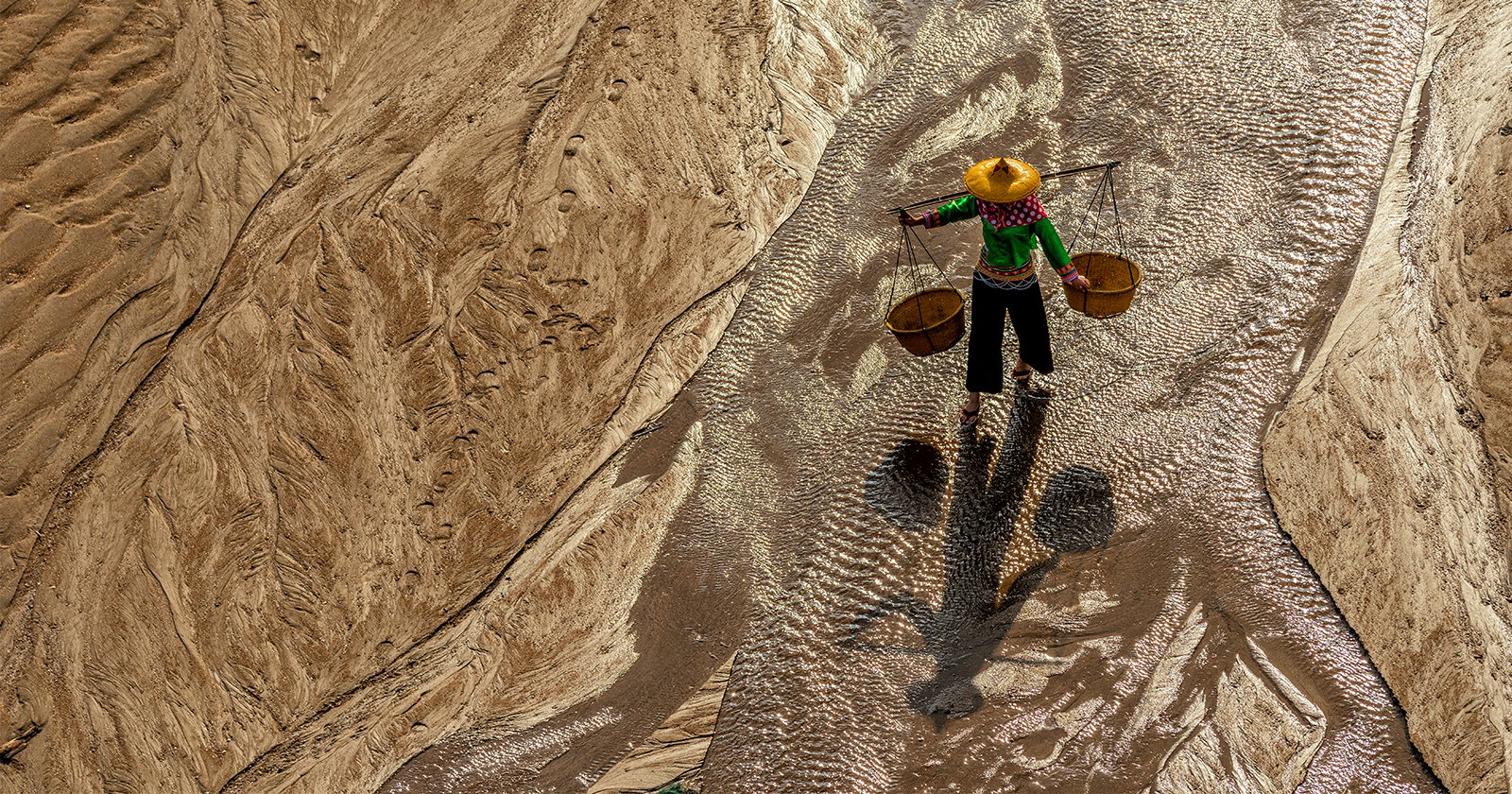 Social media has long been filled with faked lifestyle photos, but what about an entire town that has been manufactured to be one of the world’s best photography hot spots? Meet Xiapu County, an area in the Fujian province of southern China.


According to Insider, when browsing through some of the most popular and breathtaking landscapes and street photos displayed on Weibo (The Chinese version of Twitter), most of the images are entirely manufactured in a town that specializes in creating perfect photo moments for visitors.

The town of Xianpu looks and feels like it has been lost in time, stuck in China’s bygone days and filled with picturesque landscapes and a population that appears as though it was plucked directly from that era. But the “rural” city is entirely fake, created by several teams of photo crews and actors who masquerade as farmers and fishermen and provide tourists with perfect, repeatable photo opportunities.

“Under the trees, the old people walked around and it kind of looked like a movie,” one comment on Weibo reads. “But the mist was just smoke from a burning pile.”

Behind-the-scenes photos revealing this were published by the Weibo account @远方雪的世界 and subsequently shared by Sina Travel.

According to the report, Xiapu used to be popular due to its seafood and dining, but after several years of bad harvests the economy greatly suffered and the local government had the idea of “cashing in on rural tourism.” Since then, the town has become known for tourists who flock to it in order to capture the perfect photograph. But nothing is free, and the situations depicted in images are created “for a price” and can even include special effects that are provided by local businessmen who help facilitate the perfect photoshoot.

According to the New York Times, these “perfect photoshoots” are what have been drawing crowds to Xiapu County since the fishing economy collapsed. Droves of photographers line up in a row and await their chance to capture a staged photo of a model in traditional garb who performs acts like rowing a boat or waving a fishing net.

One of China's top Instagram hotspots is Xiapu County, a rural peninsula of fishing villages, beaches and lush hills. Except the fishermen towing nets are models. The buffalos are props. Even the mist isn't real: It's smoke from straw burning out of frame. https://t.co/D0nzPUFCbs

Sometimes, the groups of actors position themselves around the town and wait for a queue form before springing into action so photographers can nab their dream shots.

🥴 “One of the jobs in Xiapu County’s new economy: Burning straw to simulate mist for photo shoots.” pic.twitter.com/U8bTYENV7i

Local attraction owners have said that sometimes more than 500 visitors per day will come to a particular site, each paying $3 to capture images of models throwing large fishing nets, even more if they are fully dressed in traditional garb. Owners — also called “coordinators” — are eager to help and often direct the models via walkie-talkies to ensure the action happens on queue and the photographers are ready. This also includes the setup of “mist” for the action images, which actually consists of burning small patches of straw and fanning the flame to provide the ideal level of haze, creating scenes that some visitors have said remind them of the film “Spirited Away” by Hayao Miyazaki.

While there is no doubt the images captured here are visually stunning, many critics have complained about how fake and manufactured the experience is. Some claim they were tricked into the visit and believed the city was a real untouched rural environment.

“Teenagers are getting cheated into making their way down to this hot spot thinking it’s all real. What’s worse is when they find out the farmers are fake and just ‘modeling,’ they still don’t expose it because they’d rather post pretty photos,” one visitor said.

While some may complain about the smoke and mirrors presented in this fake rural community, it is clear that many tourists and professional photographers alike feel that towns like Xiapu offer amazing photo opportunities where they can capture a plethora of images that would otherwise be categorized as “once in a lifetime.”

As one commenter notes: “Ah, but in this world, who cares if it’s fake or not, as long as it’s pretty in the pictures.”