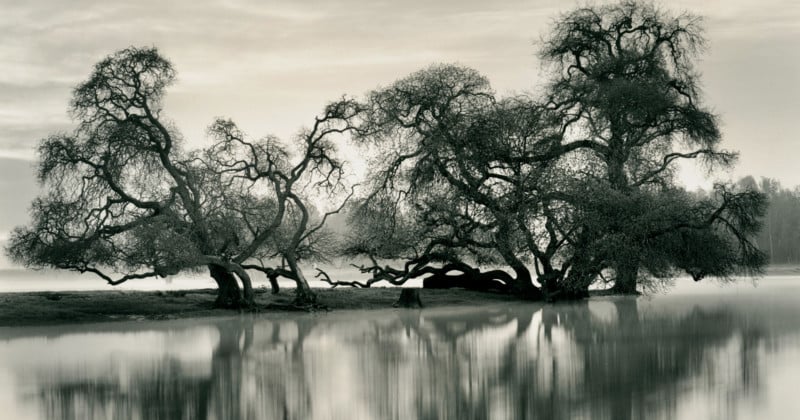 I am a self-taught photographer. I don’t believe you can teach someone photography unless they have the heart for it and they are willing to do the work required. As Brett Weston famously said: “Beyond the rudiments, it is up to the artist to create art, not the camera.”

I’d like to talk about the rudiments — or fundamentals — of photography.

In the beginning, it is beneficial to know the general history of photography and the rules of composition, even if you intend to break those rules. I believe the best way to learn the aesthetics of composition is to study the master painters. As a child, I spent a lot of time studying Polish painters Chełmoński, Stanislawski, Paniewiz, Zaleski, and also Miro and da Vinci. Da Vinci’s Lady with an Ermine is one of Poland’s national treasures, so I was fortunate to have seen this masterpiece on display in Krakow while on school field trips.

Although I never attempted to emulate Joan Miro, a few of my photographs of bulrushes always remind me of Miro’s paintings of fish, especially one in particular, which I aptly and respectfully named “Miro’s Fish.” After 20 years of carefully studying my bulrush photographs, in a meditative moment, I decided to gather them all together, and that is how my most recent book, “Traces” was born.

Another point is that you must know your tools well, and keeping it simple helps. In my whole career, I have only used one camera, two lenses, Kodak TriX film, Ilford paper, and I often use a Zone VI viewing filter. This filter helps me visualize the composition of a scene; it helps me decide if I should photograph.

To be a successful landscape photographer, scouting locations is of vital importance; this helps you get to know your subject. I believe that before you travel to photograph, you should photograph at home.  Shortly after I immigrated to the United States, the Central Valley became my home for two decades.

Ansel Adams used to drive through this area on his way to Yosemite. He once said, “It might be rich but it ain’t attractive” according to Jack Fischer from Mercury News. Fischer wrote in response, “It would take 50 odd years and the eyes of an outsider to prove Adams wrong.”

Some of my best photographs were done a few blocks from my home in Central Valley. 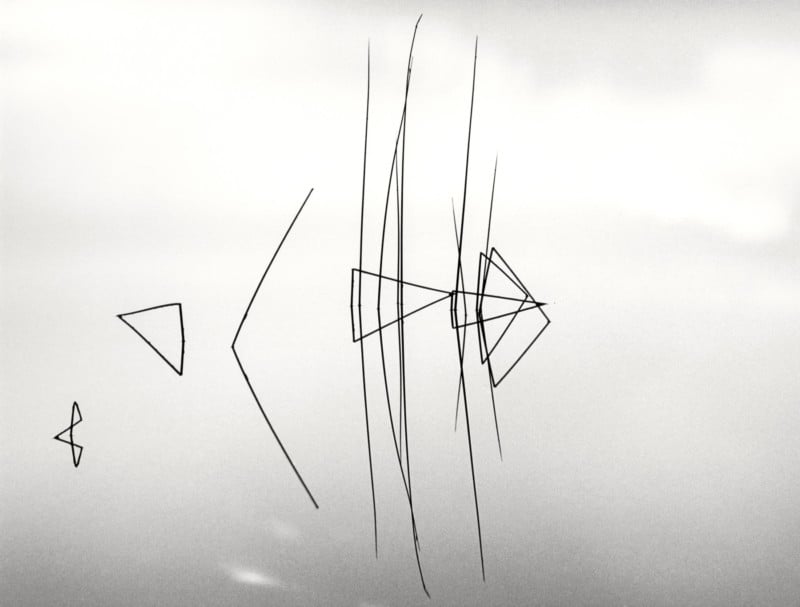 I also believe it is important to learn the history of the place where you live. I learned that Central Valley used to be predominantly wetlands and oak woodlands. However, according to Defenders of Wildlife, in just the past century, California has lost more than 90 percent of the estimated four million acres of wetlands that once spread across the state. After years of seeking out and exploring these wild places, the following became some of my most frequented destinations: The San Luis and Merced National Wildlife Refuges, The Nature Conservancy’s Cosumnes River Preserve, and even Modesto’s East La Loma Park.

These places represent something fundamental about Central Valley.

Something that didn’t seem necessary at the time, but ultimately became very important to me, was to work with an environmental group. I chose to volunteer for the Nature Conservancy, an organization that works tirelessly to protect California’s wetlands and the endangered species which inhabit the preserves they manage, and they fight to keep our drinking water clean. Working with Nature Conservancy I was able to help plant trees and teach kids how to plant trees and about the value of nature. In return, the organization surprised me with a wonderful opportunity — they gave me access to wild places to photograph. 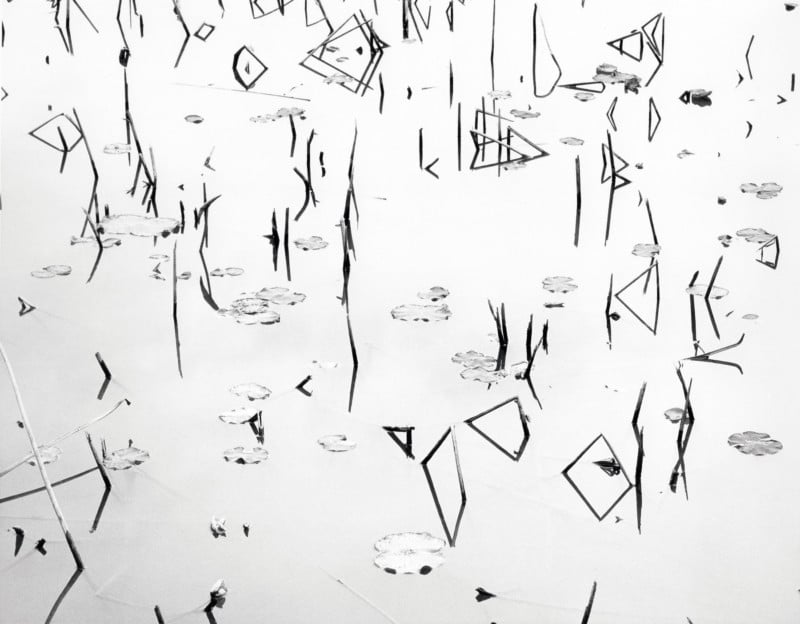 I leave you with a story and an example of how a photographer’s passion for photography can lead to special opportunities.

Years ago, I was driving on Twin Cities Road in a busy part of Sacramento, an area with beautiful oaks surrounded by marshes. I came upon a setting that caught my attention and decided I had to take this photograph. But it was on private property and there was a sign that read: “Do not enter or you will be shot.”

I drove in anyway. I saw a farmer shooting with an old-fashioned gun. He looked at me as I got out of my car a bit nervous. I said hello and told him what a beautiful property he had and asked if I could photograph it. He was surprised but gave me permission and even supplied me with a canoe so I could access the areas I wanted to see.

I explained to him that I might need to explore his property very early — maybe as early as 4 AM — and that I would need to visit every day for several weeks to get a good photograph. I spent a month coming every day, looking for the perfect lighting and composition. And this photograph required that I stand almost waist-deep in water to achieve the perfect composition. One morning, when everything was finally perfect — it was the right place, right time, windless and foggy — I was ready, standing in the muddy water ready to release the shutter, when a little wind appeared precisely during my one-second exposure.

I was disappointed because I wanted a perfect reflection.

But when I returned to the darkroom that same day to develop my negatives, something I had done for almost 30 consecutive days, I realized that the wind had created a magical reflection I had not anticipated. The print I created — Bare Trees by The River — represents the magic that sometimes happens in photography. 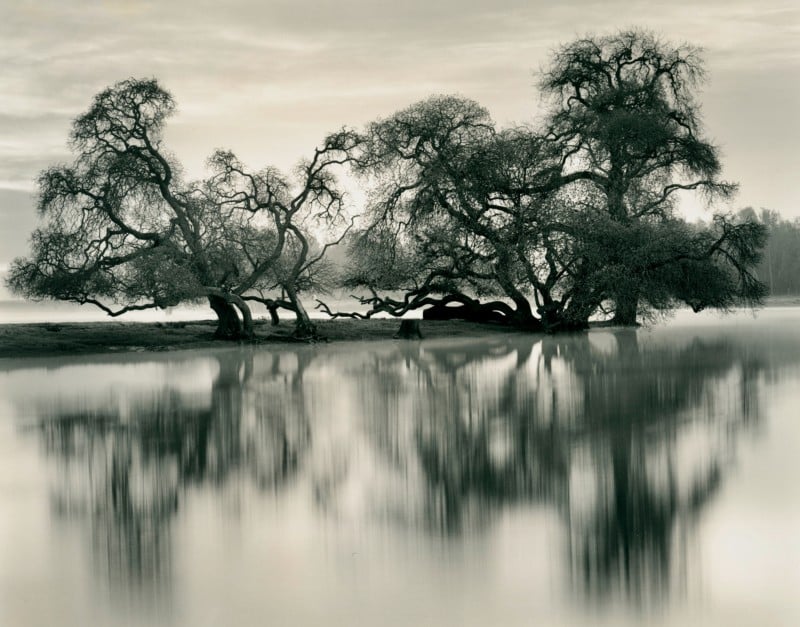 About the author: Roman Loranc is a modern-day master of fine art black and white photography. He was born in the city of Bielsko-Biala, southwestern Poland, in 1956 during the communist era. In 1982, at 26 years of age, he immigrated to Madison, Wisconsin, and in 1984 he moved from the Midwest to Modesto, California. Much of his early, better-known photographic work was created in California’s Central Valley. He moved to Northern California near Mt. Shasta in 2006 where he currently resides.

Roman Loranc’s newest book, Traces, features photographs of tules with poems by Robert Lax and an essay by Dr. Anthony Bannon, the former Executive Director of George Eastman House. The book had been in production for over a year as he and his publisher developed a special printing process to reproduce the photographic images as authentically as possible.