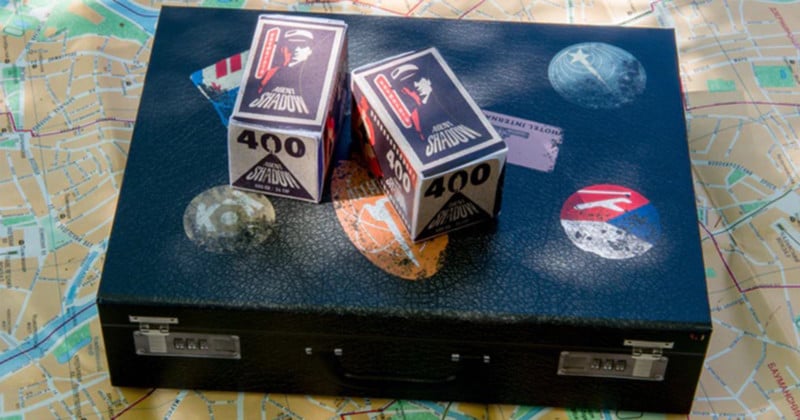 Kosmo Foto has announced a “noir-inspired” ISO 400 panchromatic black and white 35mm film called Agent Shadow and is currently seeking crowdfunding for its release on Kickstarter.

Kosmo Foto is perhaps best known as a blog that highlights analog photography. It was founded by Stephen Dowling who describes himself as a passionate analog photographer who started Kosmo Photo in 2012 to feature camera reviews, news stories, and historical features about all aspects of film photography.

Since 2017, Kosmo Foto has also been a film brand, with the launch of Mono black-and-white film, first in 35mm and then in 120. In just over three years Kosmo Foto has sold nearly 50,000 rolls of film. 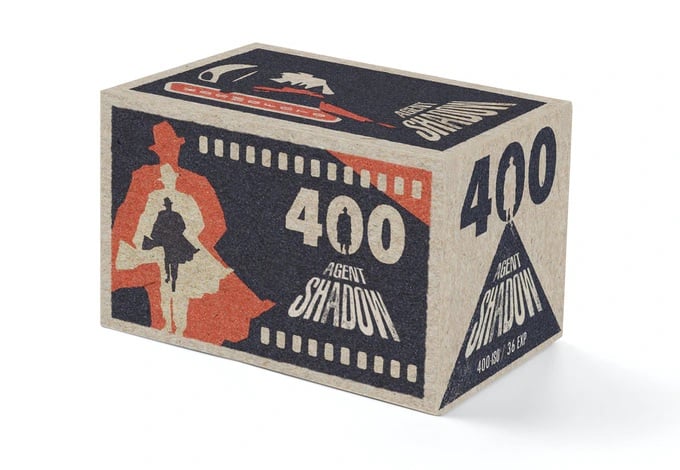 According to Dowling, the new Agent Shadow film “is made by one of the most famous names in film production, with nearly 150 years experience making film and photographic products.” The film is available in rolls of 36 at ISO 400, but Dowling claims it is able to be pushed well beyond that level. For example, among the sample images provided on the Kickstarter page are some photos that have been pushed as far as ISO 6400 with some impressive results.

“[The film is] great for shooting at box speed for portraits or street photography, while also perfect for shooting when the light really gets low,” Dowling says.

According to the Kickstarter page, any standard black-and-white developer will work with Agent Shadow and a full dev table will be published when the film is shipped. The grain from the film will be “fine” when shot at box speed, with grain and contrast increasing when the film is pushed. Downling says the film is similar to medium contrast and fine grain files such as the Ilford PAN 400 and Delta 400. 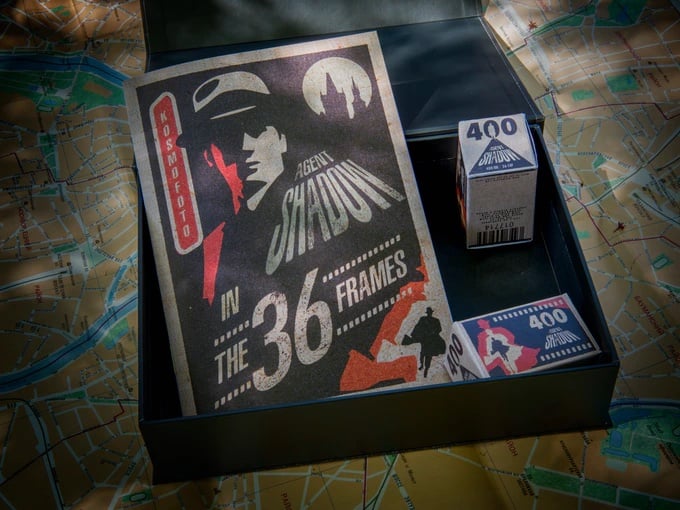 Agent Shadow is a tried-and-tested emulsion perfectly happy to be shot in lower light, letting you capture life at the dark end of the street. Capture witching-hour cityscapes with glorious grain; shine your lens on night-time escapades without needing the attention-grabbing announcement of a flash. Take portraits in shade and overcast window light. Step into the shadows and find a world in black-and-white just waiting to be documented.

The film will be available in packs of four (discounted sets available when ordering in bulk with packs of ten or twenty) and “Early Backers” are expected to start receiving the product in September to October of 2021. A $28 pledge (£20) will give backers the “Early Bird” level that includes four packs of the ISO 400 film. Jumping up to a pledge of $54 (£38) will provide an exclusive “Agent Shadow Briefcase” Magnetic Box that includes five rolls of the film and a graphic novella called “The 36 Frames” which is illustrated by designer My Mate Does Art. Additional backing options are available and range as high as over $700 and include reconditioned 1950s era Soviet rangefinder cameras among many other limited-edition perks.

To view all of the backing options, visit the Agent Shadow Kickstarter campaign page here.