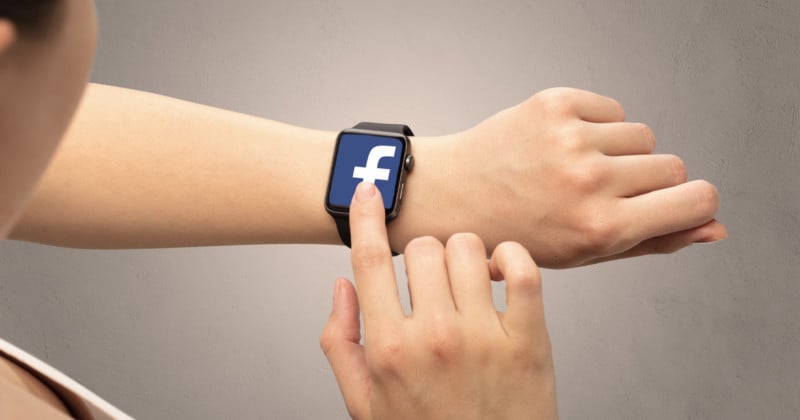 A new report alleges that not only is Facebook working on its first smartwatch, but it will also come equipped with two cameras, with at least one capable of being detached from the wrist to more easily function as a photo and video capture device.

The Verge reports that it has learned that Facebook’s smartwatch’s front-facing camera will function primarily for video calls while the 1080p camera on the back (which will also feature autofocus) can be detached from the body of the watch and be more easily used for taking photos and videos.

The design is supposedly aimed at encouraging the camera to actually be used as a capture device, an issue that has plagued any wrist-mounted camera that has been produced to date as it generally considered awkward to take pictures with a camera that is affixed to the body in the way. The report says that the smartwatch and its camera system are part of Facebook CEO Mark Zuckerberg’s plan to build more consumer devices and more directly compete with Apple and Google. The two technology juggernauts currently control how Facebook can reach its audience, which is a fact that has hamstrung Facebook from gaining access to its most monetizable asset: users.

The Verge also reports that Facebook is currently working with United States wireless carriers to provide LTE connectivity to the watch, which indicates that it won’t need to pair with a smartphone in order to offer full functionality. It is also anticipated that the smartwatch will be the first in a series, and later versions will act as a primary connection point for Facebook’s planned augmented reality glasses. One of Facebook’s acquisitions, CTRL-labs, has already demonstrated armbands that are capable of acting as a computer controller through wrist movements.

The Facebook smartwatch is not the company’s first foray into hardware or even a smartphone — its 2013 phone partnership with HTC bombed — but it will be the first time it will attempt to market a wearable. Facebook is no stranger to camera technology either, as proven by its Portal webcam devices. The only question will be if a wrist-mounted camera will catch on, as that has not been the case as of yet.

The smartwatch will reportedly use a custom version of Google’s Android operating system and leverage its own set of first-party applications and several partnerships to make the hardware compelling enough to pry eyes away from Apple.