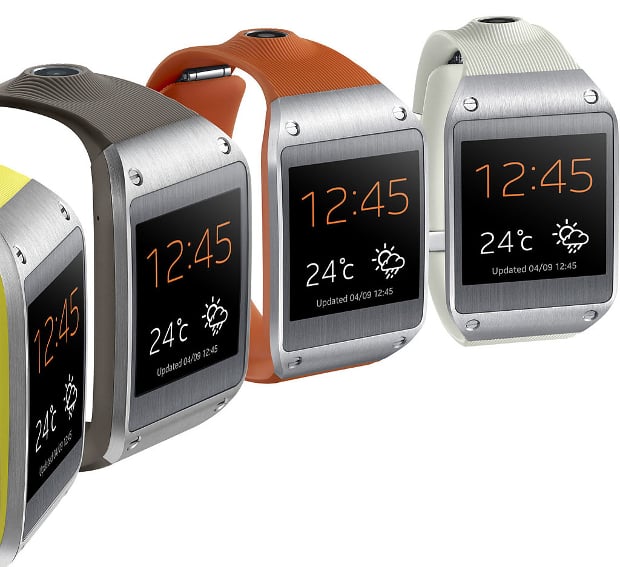 Samsung finally made its move into the world of smartwatches earlier today when the company announced the all new Samsung Galaxy Gear. But where the watch didn’t surprise reviewers and testers in many respects, one thing did catch most by surprise: the watch comes with its own built-in camera.

The idea of putting a camera into a smartwatch isn’t new, but none of Samsung’s major smartwatch competition have done it. Whether you’re looking at the Pebble, the Motorola MotoActv, the Sony SmartWatch 2 or the Qualcomm Toq, none of them come with any sort of built-in camera.

Admittedly, that doesn’t mean the Gear’s camera is very powerful. Built into the watch’s wristband, the camera features a 1.9MP BSI sensor that peers out at the world through an autofocus lens.

It can take snaps that will transfer directly to your Samsung smartphone, or save them on the 4GB of built-in storage when the phone isn’t within Bluetooth 4.0 reach. The camera can also shoot video, capturing 720p for up to 10 seconds at a time.

Engadget got some hands-on with the smartwatch at IFA. You check out the short video they put together below:

Obviously the little built-in shooter is there for convenience/necessity and not in order to replace the camera in your smartphone, which Samsung is working so hard to continuously improve. The big news for us is that a camera has made it onto a major brand’s smartwatch.

If smartwatches catch on, that could mean Google Glass’ head mounted camera might some day have to compete with the one attached to your wrist.