Samsung’s most recent sensors use what the company calls ISOCELL Plus technology, but the company has already improved on that tech with ISOCELL 2.0, which can give the smaller pixels found on smartphone sensors added light sensitivity and improved image quality.

Samsung has been publishing technical explainer videos regularly lately, which are able to succinctly break down what are usually complicated and difficult to understand topics into more digestible concepts. For example, both its Smart-ISO Pro and Dual Pixel explainers beautifully break down the topics with a combination of simple verbal descriptions and excellent visuals.

This latest explainer is no different. Samsung details that its new ISOCELL 2.0 is designed to provide better light sensitivity and color fidelity despite the small size of the sensor and the associated pixels thanks to a new advancement.

The company explains that sensor technology isolates each pixel with a physical barrier that reduces light crossing and affecting nearby pixels and therefore can produce images with high color fidelity. In typical sensors of this size, the metallic grid between the color filters on each pixel absorbs some of the light that hits the pixel, which reduces optical loss slightly.

ISOCELL Plus, which was Samsung’s first attempt at addressing this issue, replaced the metal between each color filter with a new material that went most of the way down the sides of the barrier. In ISOCELL 2.0, Samsung is expanding that with more reflective material down the full side of each color filter.

Samsung says that this tiny change makes a big difference in how much light sensitivity each pixel has, which results in more vivid colors and better low light performance.

But it gets better: because this technology dramatically improves how much light each pixel can absorb, Samsung can make each of those pixels smaller while still improving optical performance. This means not only smaller pixels can be used but more of them can be deployed sensors that are the same physical size as ones previously. The result is a sensor that can reproduce fine details without sacrificing vivid color reproduction or low light performance. 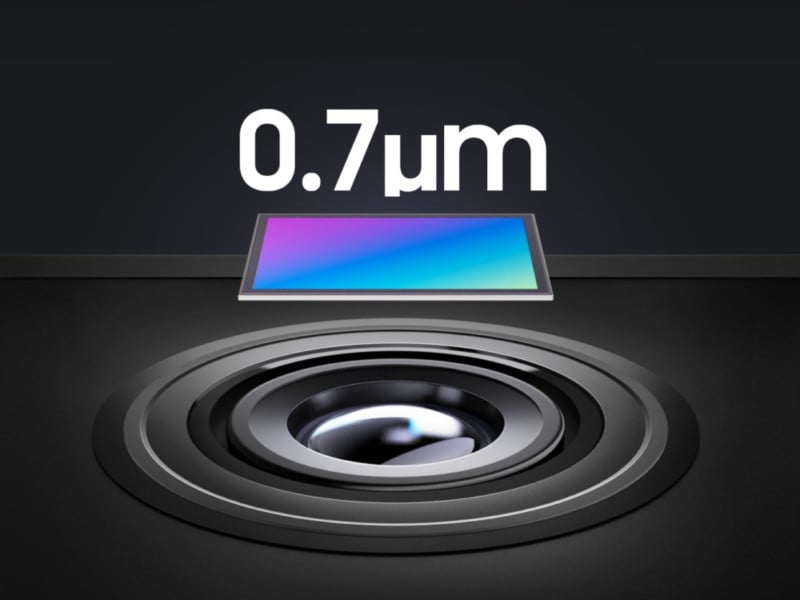 Last year, Samsung announced that its new 0.7um lineup would use ISOCELL 2.0 technology and that the ability to place more tiny pixels onto small sensors would result in sleeker designs and a minimized camera bump. Hopefully, this translates into a consumer-facing product sooner rather than later.