Newcomer Xenselabs has announced a new Pen Tablet that aims to meld affordable pricing and excellent user experience into one device. The Xenselabs tablet is devoid of unnecessary buttons but gives the option to add-on a multi-function remote accessory with 40 customizable shortcuts per application.

The Xenselabs Pen Tablet (Xenselabs is prounounced “sense labs”) promises a quality experience at every point. Starting with the pen, Xenselabs is the only company that ships two wireless battery-free pens with each tablet that have different diameters. The thin pen has two buttons while the more substantial pen features three for artists doing 3D work. Xenselabs believes that one pen isn’t going to work for all users, and offering two makes more sense for more people. Both come with an eraser, 8,192 levels of pressure sensitivity, three grams of initial activation force, tilt recognition, and virtually no lag. 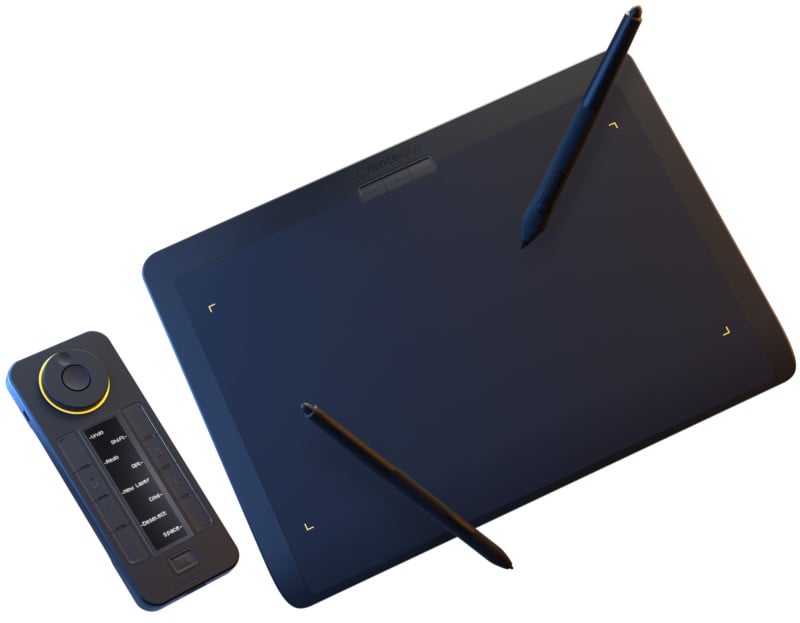 The pad itself is designed to be clean and minimalistic, with next to no buttons to allow for the full benefit of its native 16:9 aspect ratio. It is also only 8mm thick and features a seamless, gentle curve palm rest for comfort. The tablet can be used wirelessly or with a USB cable connection and t he tablet has color LED active area indicators with eight color options. 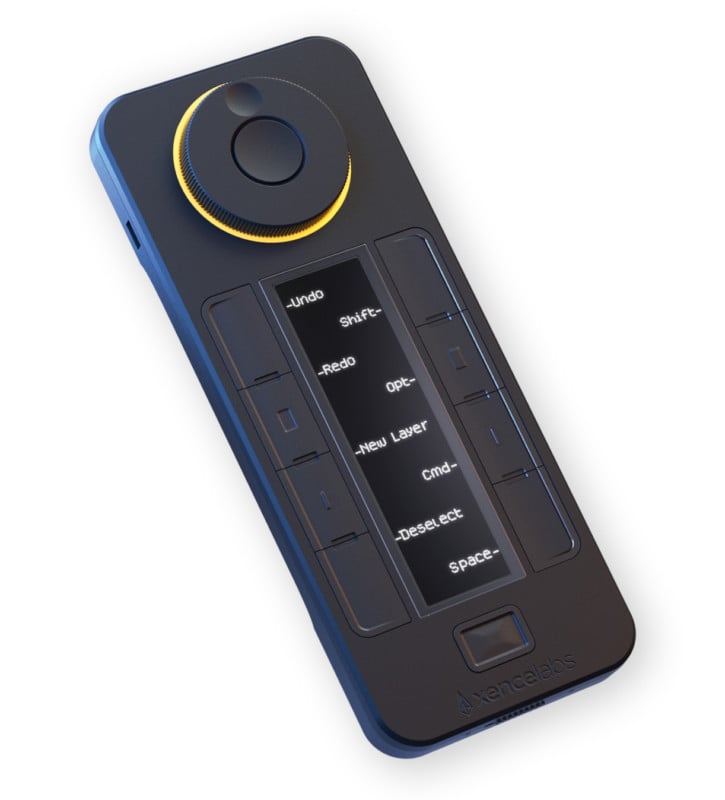 Building on that idea that each artist works differently, Xencelabs wanted to keep the tablet minimalist but also wanted to give creators the ability to get more shortcut options if they desire without forcing it on to all users. That’s where the Quick Keys optional remote accessory comes into play. It offers five sets of eight keys for up to 40 customizable shortcuts per application, which Xenselabs says is particularly useful to make logical key groupings for specific steps in a workflow. It features an OleD display to show the assignment of each key and can be used in portrait or landscape mode.

The Xenselabs Pen Tablet is available currently in the “medium” size configuration for $280 with a bundle including the Quick Keys remote for $360. An additional thin pen can be purchased for $47 while the larger three-button pen can be had for $50, with multiple additional pen nibs available for anywhere between $9 and $14. The Quick Keys remote can be bought separatly for $90.

For reference, the medium Wacom Intuos Pro tablet retails for $380, has a built-in shortcut panel, and ships with a single pen.

These Photos of Fireflies in Japan are Magical