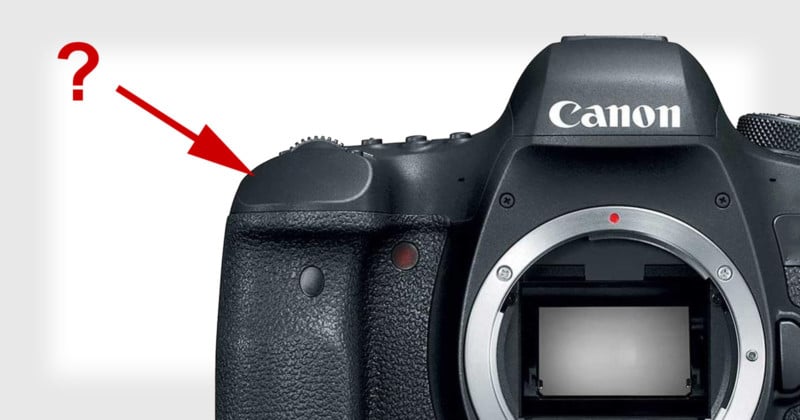 Shutter buttons have been an age-old feature of cameras, and it’s one that hasn’t seen too much innovation over the years, but it seems Canon is working to reimagine what the button could be like… by removing the button altogether and replacing it with a shutter touchpad.

In a recent patent filing over in Japan (2020-201756), first spotted by Canon News, Canon reveals that it is looking into replacing the traditional button with a context-sensitive touch area that would allow that area of a camera to be used for much more than setting focus/exposure and snapping photos.

Here’s an illustration seen in the patent — notice the lack of a shutter button where it ordinarily would be: Just as the rear LCD screens of cameras went beyond simply displaying photos and menus to allowing users to change settings and select focus points simply by touching, a shutter touchpad could also provide an easy new way for users to quickly change settings or select a new autofocus point.

The touchpad could have built-in sensors that can detect whether a photographer is performing a “press” or “swipe” action. But photographers who are particular about exactly how their camera shutter button feels could presumably have a big problem with it disappearing entirely.

“We’re all VERY particular about how our shutter button feels, this would have zero feeling, and just be an area you press on,” Canon News writes. “It would take a long time to get used [to] after decades with a physical shutter button.”

As with all patent filings of this sort, there’s no guarantee that designs and features seen in them will ever see the light of day, but it’s interesting to know that the brains over at Canon are reimagining every aspect of camera design, even the tried-and-true shutter button.

(via Canon News via DIYP)