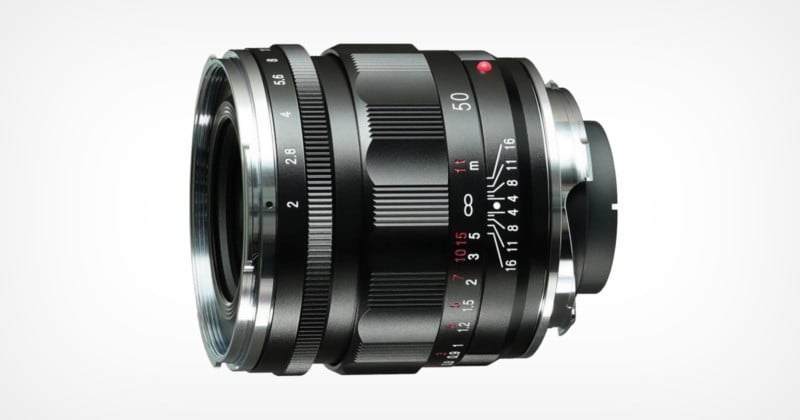 Cosina has announced the Voigtlander APO-Lanthar 50mm f/2 Aspherical lens for Leica M-Mount cameras based on the E-Mount version the company released last year. The apochromat design is touted as able to produce “ultimate performance” of resolution and contrast.

APO-Lanthar is the title Cosina Voigtlander gives to high-performance products among its line, with “outstanding imaging performance” that was originally created in 1951.

The 50mm f/2 is constructed of 10 elements in eight groups, with two abnormally dispersed glass elements and two double-sided aspherical lenses along with a floating mechanism. Cosina Voigtlander says that it is capable of producing a perfectly circular bokeh shape not only wide open, but also closed down as far as f/5.6 thanks to its 12-bladed diaphragm.

As this is a rangefinder lens, the lens is manual-focus only. The company says that by adopting an all-metal helicoid unit that was processed and adjusted with high=precision and “high-quality grease,” it produces “appropriate torque” and focuses smoothly, delicately, and precisely. It uses the VM-Mount which is compatible not only with Leica M rangefinders natively but the company also claims to have excellent balance when adapted to a digital camera with a mount adapter.

Benchmarking Performance: Lightroom on M1 vs Rosetta 2 vs Intel