Canon Ambassador Irene Rudnyk has posted a review of the recently-announced Canon RF 50mm f/1.8 where she compares it to the old EF version from a build-quality perspective as well as shows the quality of the images she was able to produce with it. 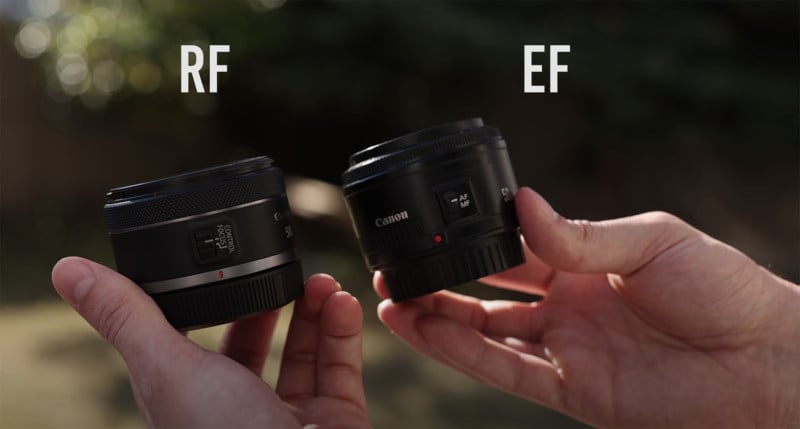 As a fan of the original EF version, Rudnyk was excited to shoot with the new RF 50mm f/1.8 STM lens on the EOS RP, Canon’s budget mirrorless camera. The total value of her setup was about $1,200, which is pretty cheap for access to a full-frame sensor and wide aperture of f/1.8.

The first image is taken with Canon EOS RP and new Canon RF50mm F1.8 , the second with Canon EOS R5 and RF50mm F1.2 Despite a huge difference in price, the visual difference is pretty small. If you know how to use your light, angles, compose property + have nice styling, professional retouch – you will be able to achieve great results with any setup. Cameras and gear are important but what is more important is your skill! So don't get discouraged If you can't afford top of the line gear, just keep on practicing. Model @shianncollins #shotoncanon @canoncanada

For comparison purposes, Rudnyk took a few images with a much more expensive setup: the EOS R5 and the RF 50mm f/1.2 lens. 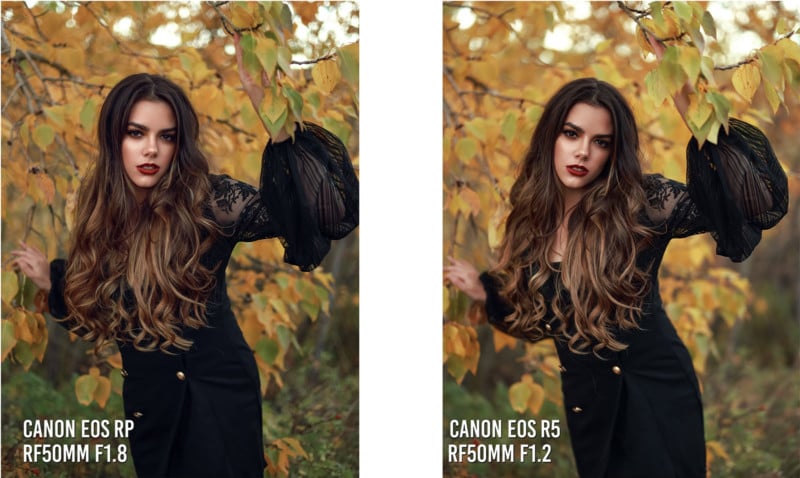 There is a clear difference between the two images, but with such a giant gap in price that is to be expected. That said, Rudnyk’s photo with the cheaper setup still looks really good and is a testament to the equipment as well as the philosophy that it’s less about the gear and more about how it is used. 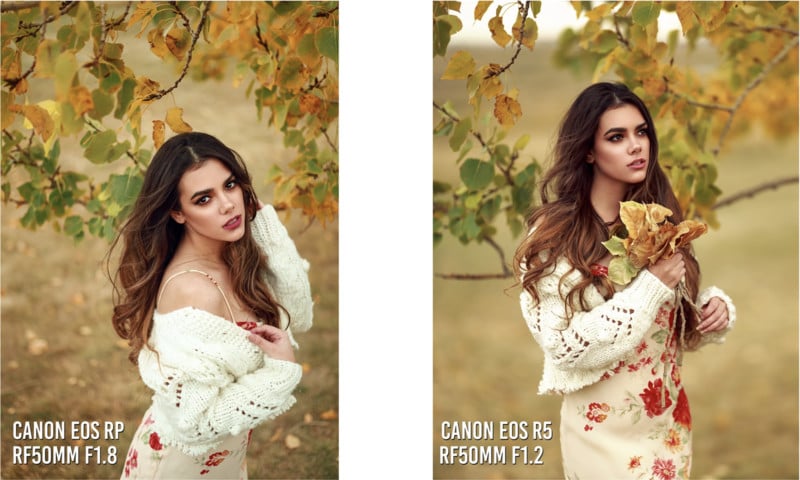 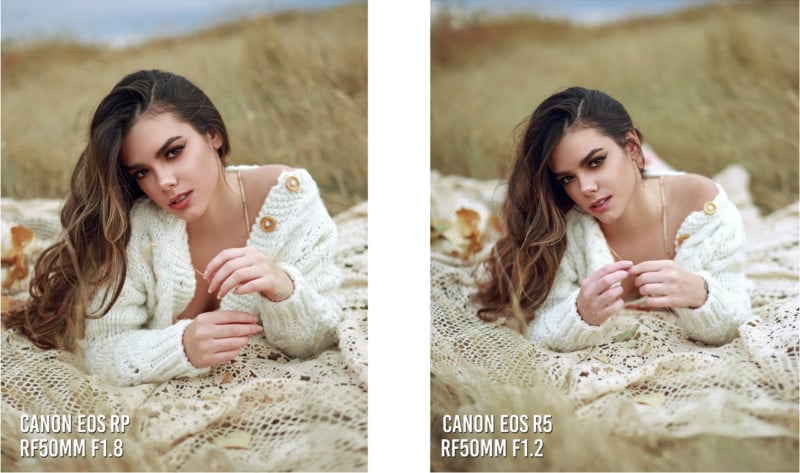 “When it comes to close-up portraits, you won’t see a big visual difference between the cheaper f/1.8 lens and the more expensive f/1.2,” Rudnyk says. “But you really start noticing differences when you step back for full body shots. If you want to get the most out of the f/1.8, I suggest to stay close to your subject or place them further from the background.” 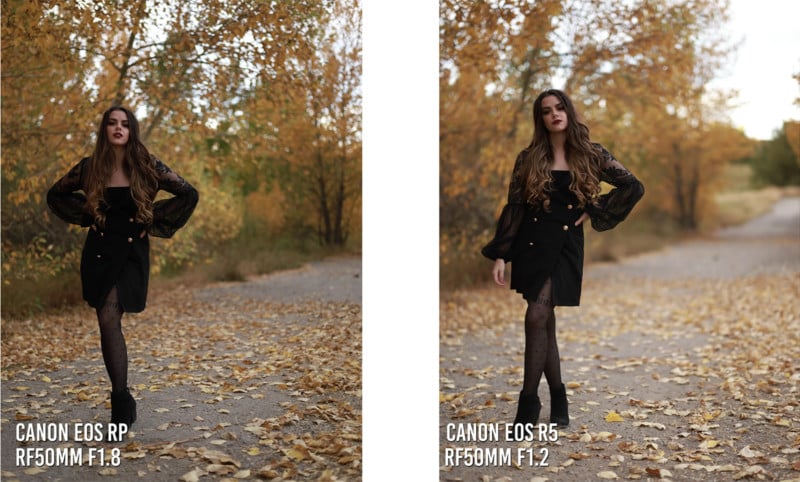 Rudnyk shows that there are indeed limitations to the f/1.8 lens, but they can be overcome and the results you can get out of the inexpensive lens can be quite attractive. Considering the difference in price between the 50mm f/1.8 and the 50mm f/1.2 L is $2,000, it’s likely many photographers will opt for the $200 lens, especially if they are just starting out.

In 2011 I bought my first full frame prime lens, it was the original EF 50mm 1.8 , it was all I could afford after spending my savings on EOS 5D mark ii. I absolutely loved this lens and created some my favorite early work with it. I am so excited to now photograph some portraits with it's improved version 9 years later :) I recommend the RF 50mm 1.8 lens for anyone who is trying to get into portrait photography. It's a great starting out lens for several reasons. First is it's focal length is the closest to what our human eyes sees and is very universal, perfect for both indoor and outdoor photoshoots. The F1.8 will give you beautiful background blur with awesome bokeh ( we all know I'm a sucker for bokeh) Overall the lens is super sharp, fast and renders colors beautiful combined with new Canon mirrorless bodies. Finally the price is right and very budget friendly and it packs a punch and delivers quality like no other nifty fifty. What was the first lens you bought? Shot on Canon EOS RP + Canon RF50mm F1.8 @canoncanada #shotoncanon Model @lilshantal