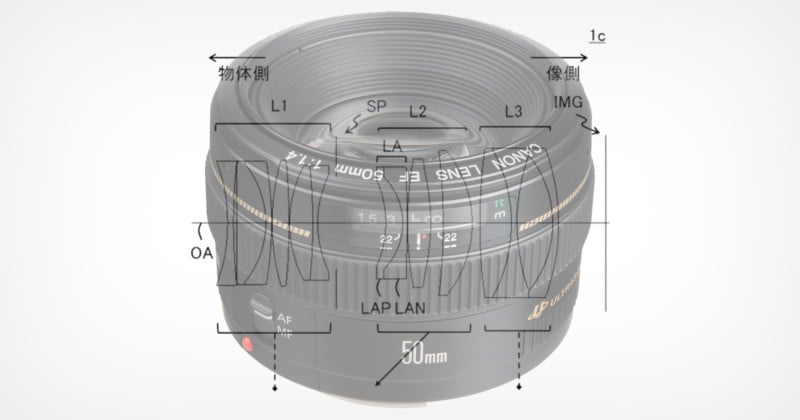 All the designs filed use a modern optical design for the front and rear lenses, with the rear lens elements on each shown to push right up against the back of the housing. This design choice follows how Canon has been producing most of its lenses for the RF system, which aims to bring the rear element as close to the sensor as possible. According to a translation of the patent applications, the literature associated with each describes the main point being to aim for faster, high-speed autofocus. Additionally, the overall size of the lenses appears smaller.

Canon Rumors is reporting that it does not believe any of these lenses are destined to become a final product, however, both Asobinet and Canon Watch make a point that at least the 50mm f/1.4 is currently missing from the Canon RF lineup and that it would still be desirable, landing between the RF 50mm f/1.8 STM and the RF 50mm f/1.2L USM. 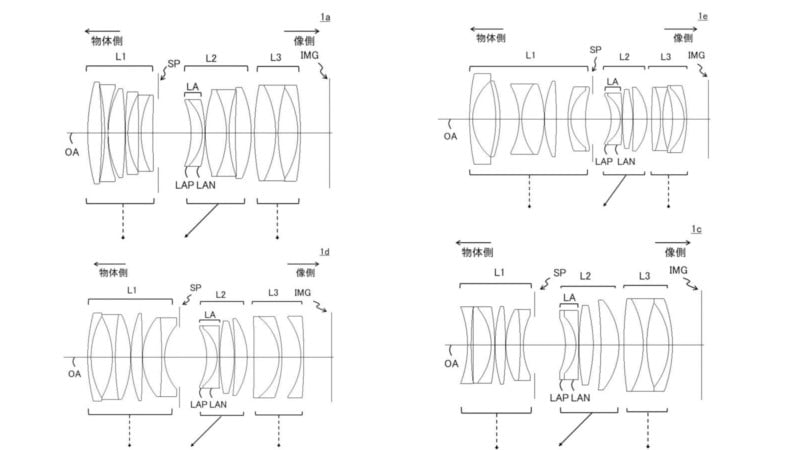 Patent applications out of Japan usually come several years prior to seeing a finished product, if one surfaces at all. When Canon filed a patent for its new RF mount, it was two years before that mount saw the light of day in the EOS R. Canon may simply be covering all its bases with this particular filing, with no intention of using the formulas exhibited for quite some time.

Before we see Canon do anything with these lens designs, it’s far more likely we’ll see the results of a filing from last April for an RF 100mm f/2.8 and RF 85mm f/1.8.

(via Canon Rumors and Canon Watch)

FFS, My Camera Should Be Better Than My Phone…