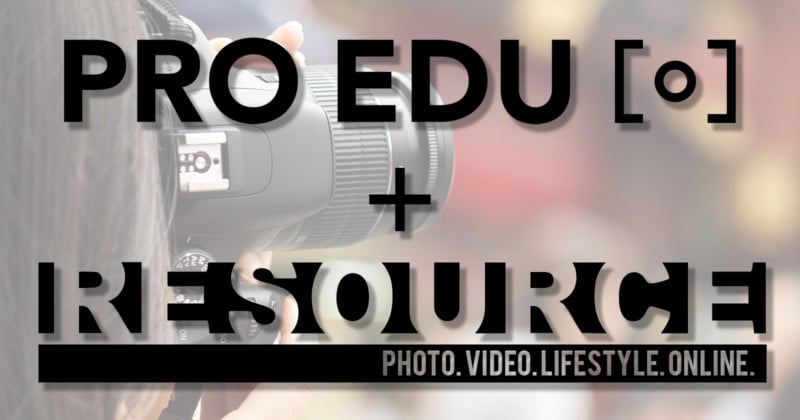 In a surprise announcement on the PRO EDU Community Facebook Page yesterday, the photo/video education company’s CEO Gary Martin announced that PRO EDU has acquired Resource Magazine and will be taking ownership of the publication starting June 1st. The photo/video/lifestyle magazine was founded in 2007.

For now there isn’t much information beyond what Mr. Martin included in his FB post, which you can read below.

“We are buying Resource Magazine. Starting June 1 it will belong to PRO EDU,” writes Martin. “We have a lot of work to do. A lot of opportunity. First thing we’re changing is deleting every banner ad and banishing them from the site forever […] The second thing we’re doing is giving it back to the photography community.” 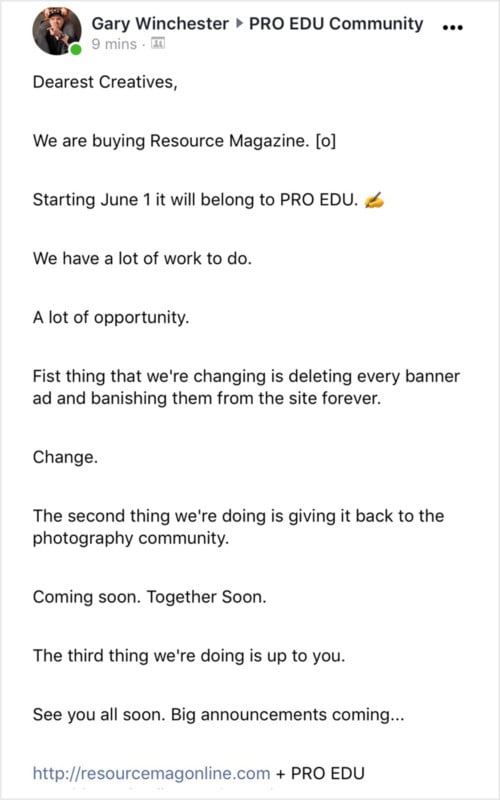 When we reached Gary for comment last night, he didn’t have anything to add to the announcement above, but said that he would be back in touch after June 1st to “talk about some ideas we have for [Resource Magazine].”

Alexandra Niki, Resource Magazine‘s CEO, hasn’t yet responded to our request for comment, but an auto-reply from her Resource email said that she “will no longer have access to this email address after July 1st.”

Further confirming the news, the former Resource Magazine Facebook page has also been rebranded as of about 17 hours ago. It has been re-branded and re-named under the moniker Creators Network, giving some hint of what the former owners have in store. A website by the same name has been registered, but is still empty as of this writing.

That’s all the information we have for now, but stay tuned for more details as the sale goes through and we get a better sense of what’s in store for the 13-year-old brand now that it will be changing hands.

You Can Grow Plants in Used Film Canisters