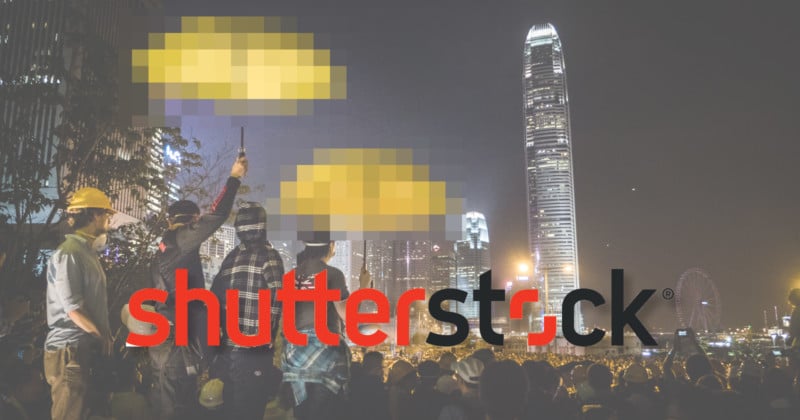 Stock photo giant Shutterstock has found itself in some ethical hot water. In a recording obtained by the media, an executive is heard dismissing employees’ concerns about the censorship of search results in China, telling them that they are free “to pursue other opportunities” if they’re unhappy with the company’s decision.

Concerns surrounding the censorship of certain search results at Shutterstock first made the news in November after more than 180 employees—a little less than 20% of the company’s workforce—circulated a petition demanding that the company stop complying with the Chinese government’s mandate that certain images be excluded. The controversy surrounded a blacklist of search results like “Chairman Mao,” “Taiwan flag,” “dictator,” and “yellow umbrella” that was put in place at the request of the Chinese government.

“We, the undersigned employees of Shutterstock, are calling upon the company to reject the demands of the Chinese government to suppress search results for politically sensitive topics for site users in China,” reads the petition. “While complying would allow the company to benefit from continued operation in China, we believe that any censorship would set a harmful precedent and have deleterious effects on our company, China and the world.”

In an internal response to the petition, which was obtained and published by The Intercept, former CEO Jon Oringer assured employees that the company’s executives “respect your position and your passion” but that Shutterstock had chosen to comply with the Chinese government in order to fulfill its mission by “provid[ing] access to our content to everyone, everywhere.”

However, internal tensions have continued to simmer, and at a meeting in December, soon-to-be Shutterstock CEO Stan Pavlovsky lost patience.

In the recording, which was obtained by NBC News, Pavlovsky is heard saying that “employees have a lot of opportunities to work here, to work elsewhere,” and that the company is “very supportive when employees do not feel that this is the right place for them, to pursue other opportunities.” Employees who had voiced concerns were shocked that they had basically been told to quit.

Shutterstock wouldn’t comment on the recording, but Pavlovsky maintained his position in a statement to NBC News last week. A “small number” of people expressed concern, said Pavlovsky, and the company respects their right to leave if they have a “fundamental disagreement” with Shutterstock’s policies.

(via NBC News via Fstoppers)

Image credits: Header illustration based on photo by Pasu Au Yeung, CC BY 2.0

Shooting a Wedding with the Leica M9

Photographer Captures the Touching Bond Between a Dog and an Owl