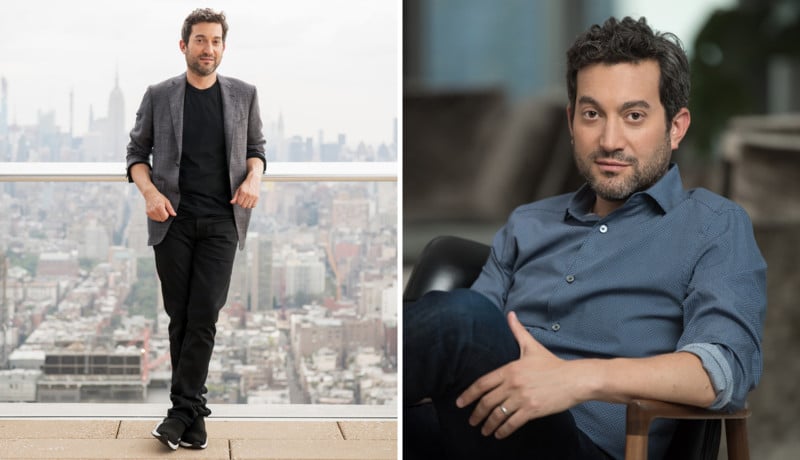 16 years after founding the New York-based stock photo giant Shutterstock, CEO Jon Oringer has announced that he will be stepping down in April. Oringer announced the news in an open letter published this morning, just as Shutterstock unveiled a so-so financial report for Q4 of 2019.

Oringer announced the news as a sort of “side-step” during a time of great change for the imaging industry. In his letter to customers, contributors, employees, and shareholders, he revealed that he will be assuming the role of Executive Chairman of the Board for Shutterstock—a role that will allow him to shift his focus from day-to-day operations to “strategy and direction of the business including yearly planning, regular off-sites, M&A, capital allocation, and other large initiatives.”

“The fact of the matter is that our business has grown and evolved to a point where we would all benefit from a CEO that has a different set of skills than I have,” writes Oringer. “We are ready for the next level and need the right person to take us there.”

That “right person” is company president and COO Stan Pavlovsky, who joined Shutterstock last year after years of experience at Meredith Digital, the publisher behind magazines like People and InStyle. Under Pavlovsky’s leadership, the Board no doubt hopes to keep the company profitable while resetting its slow downward trajectory from a market cap of $3.5 billion in 2014 to just $1.44 billion today.

In closing, Oringer waxed nostalgic about the impact that Shutterstock has had on photographers in particular.

“Of all the milestones, the one I am most proud of is the over $1 billion dollars earned for our contributor community,” he writes. “These contributors live in over 100 countries and provide millions of images, videos and music tracks to us every month. They embody the original passion I had in starting this business, making content available to everyone, everywhere.”

Photographers the world over might disagree on exactly what kind of impact Shutterstock has had on the industry and the value of the still image, but there’s no doubt that Oringer played a major role in shaping the professional photo industry as we know it over the past 16 years. His exit from the day-to-day operations of the company he founded feels, for better or worse, like the end of an era.