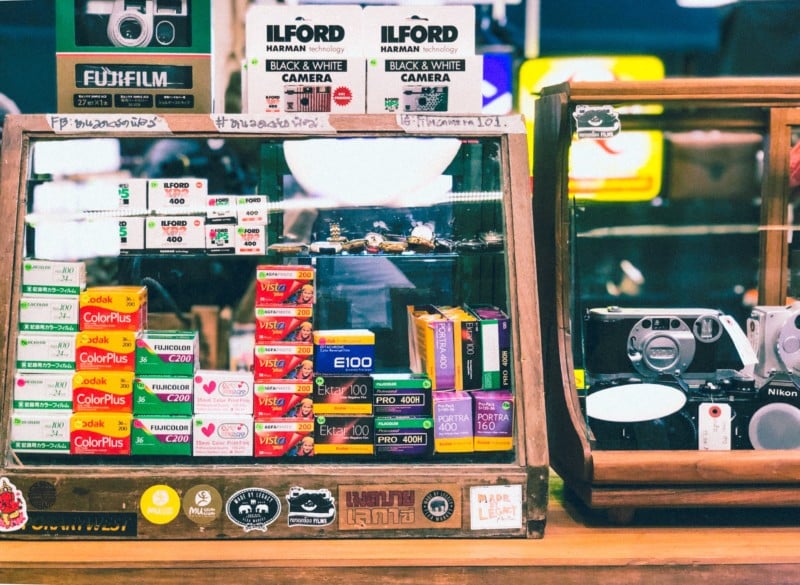 Fujifilm is following Kodak’s lead and warning photographers about the new CT scanners being used at many US Airports starting this year. In a notice posted to the Fujifilm website, the company says the new scanners “may provide more damaging to unprocessed film and Instax film than previous generations.”

If you’ve been following film news, you’ll recognize this PSA. Kodak Alaris issued much the same warning after working directly with TSA to test the effects of the new scanners on unprocessed film.

“Just 1 scan shows significant film fogging, leading to smoky blacks and loss of shadow detail. This will be more significant for higher speed films,” wrote Kodak last month. “Although it’s possible that a roll of 100 speed film would show less degradation, we strongly recommend against putting any unexposed or exposed but unprocessed film through a CT Scanner.”

You can read Kodak’s warning below:

Fuji didn’t go so far as to work with TSA and test the effects of various film stocks. However—whether it’s because of their own testing or because of Kodak’s results—the company issued its own official warning to film photographers this morning, alongside new guidelines for traveling with film.

New and enhanced scanning technology at airports and other security checkpoints, especially in the United States are introduced since 2020.

Those machines may provide more damaging to unprocessed film and Instax film than previous generations of scanners.

To protect your valuable film and photographs, Fujifilm encourages you to carry your film in your carry-on baggage and always ask for hand inspection regardless of film sensitivity.

The notice applies to all photographic films, single-use QuickSnap cameras, and all types of Instax film (Instax Mini, Square, and Wide). There are also two new documents that outline guidelines for traveling with and protecting your unprocessed and Instax film from X-rays and CT scanners, which you can find here and here.

Those documents, too, confirm that a single pass through the new scanners can lead to “fogging” and “poor image reproduction.” Film photographers: consider yourself duly warned.

Canon Announces Development of the EOS R5 with IBIS, 8K Video and More