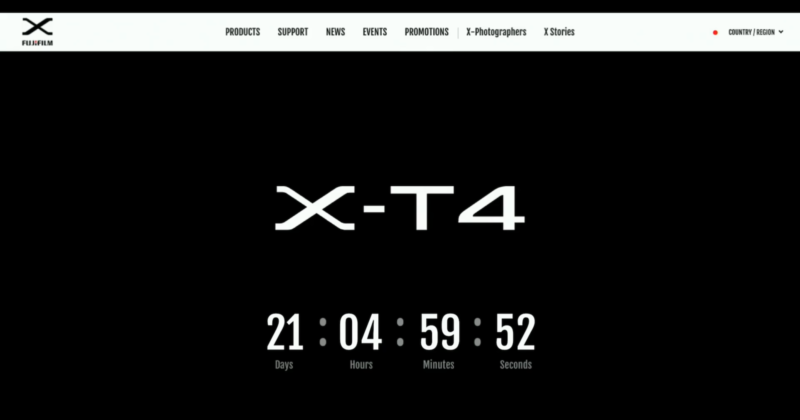 Fujifilm pulled an Apple at the end of the London 2020 X-Summit stream today with “one more thing.” After revealing the X100V, teasing the much-anticipated XF 50mm f/1.0 lens, and more, the company announced that it would be unveiling the Fuji X-T4 on February 26th.

The announcement came at the very end of the stream, during a special video message by Fujifilm executive Toshi Ida. In addition to showing off the new Fujifilm offices under construction, Mr. Ida revealed that the X100V is not the only camera Fuji will be releasing this month: the Fujifilm X-T4 will be revealed as well.

A countdown is apparently set to go live on the Fujifilm-X website, though it’s not live as of this writing.

You can watch a full replay of the livestream–including the X100V announcement, 50mm f/1.0 lens teaser, and the reveal about the X-T4’s upcoming release—below: