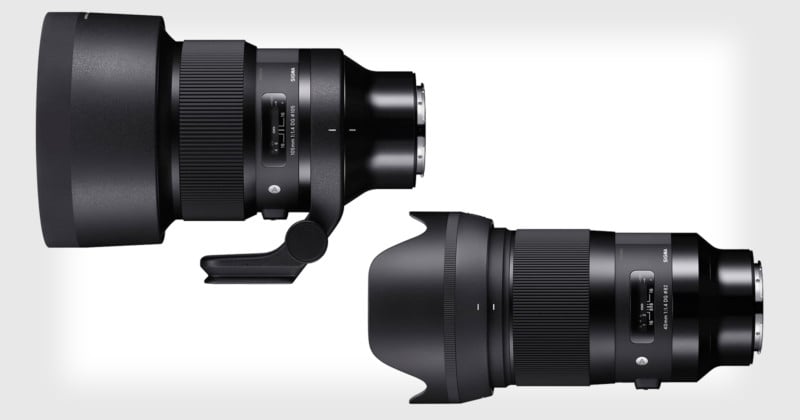 If you’ve bought into the L-Mount, Sigma just added two very compelling new primes to your list of lens options. The Sigma 40mm f/1.4 Art and 105mm f/1.4 Art ‘bokeh master’ are both dropping two weeks from today on December 20th, just in time for an end-of-year pick-me-up for your Sigma fp, Panasonic S1 or Leica SL2.

Today’s announcement comes almost 10 months after Sigma announced that it would be bringing 11 of its popular Art series prime lenses to the L-mount system. The 40mm f/1.4 and 105mm f/1.4 are two of the popular options on that list, and they’ll officially start shipping on December 20th, 2020 for $1,400 and $1,600, respectively.

Sigma says the control algorithm for the two new L-Mount lenses has been “optimized” for use with L-mount cameras; however, unlike Sigma’s recently-announced 24-70mm f/2.8 lens for full-frame mirrorless cameras, these are not “DN” lenses designed from the ground up for mirrorless systems. In other words, these are Sigma’s previously released Art primes–the ones made for Nikon F and Canon EF mount–with improved functionality via a sort of built-in “adapter.”

Watch Yesterday’s Falcon 9 Launch from 850 Feet and 4.7 Miles Away