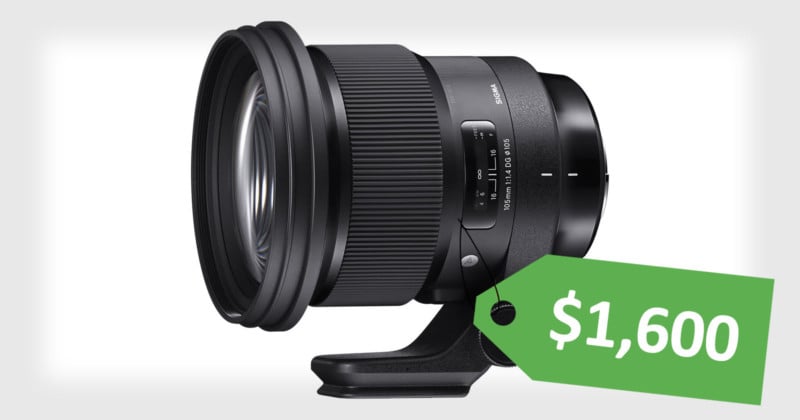 Sigma Art lenses have also been praised for both their build quality and performance, often beating their Canon and Nikon counterparts in image quality.

“As a result, the area in focus is extremely sharp, while the out-of-focus area features a beautiful bokeh effect with highly natural colors, making this a desired lens for portrait photography.”

Other features and specs of the Sigma 105mm f/1.4 include minimal sagittal coma flare (great for astrophotography), a dust- and splash-proof design, a speedy and accurate autofocus system, a carbon fiber reinforced plastic hood, and compatibility with the Canon Lens Aberration Correction function (for the Canon version).

You can now pre-order the Sigma 105mm f/1.4 “Bokeh Master” for Canon EF, Nikon F, and Sigma SA. There’s also a Sony E-mount version on the way for the same price (with availability to be announced at a later date).