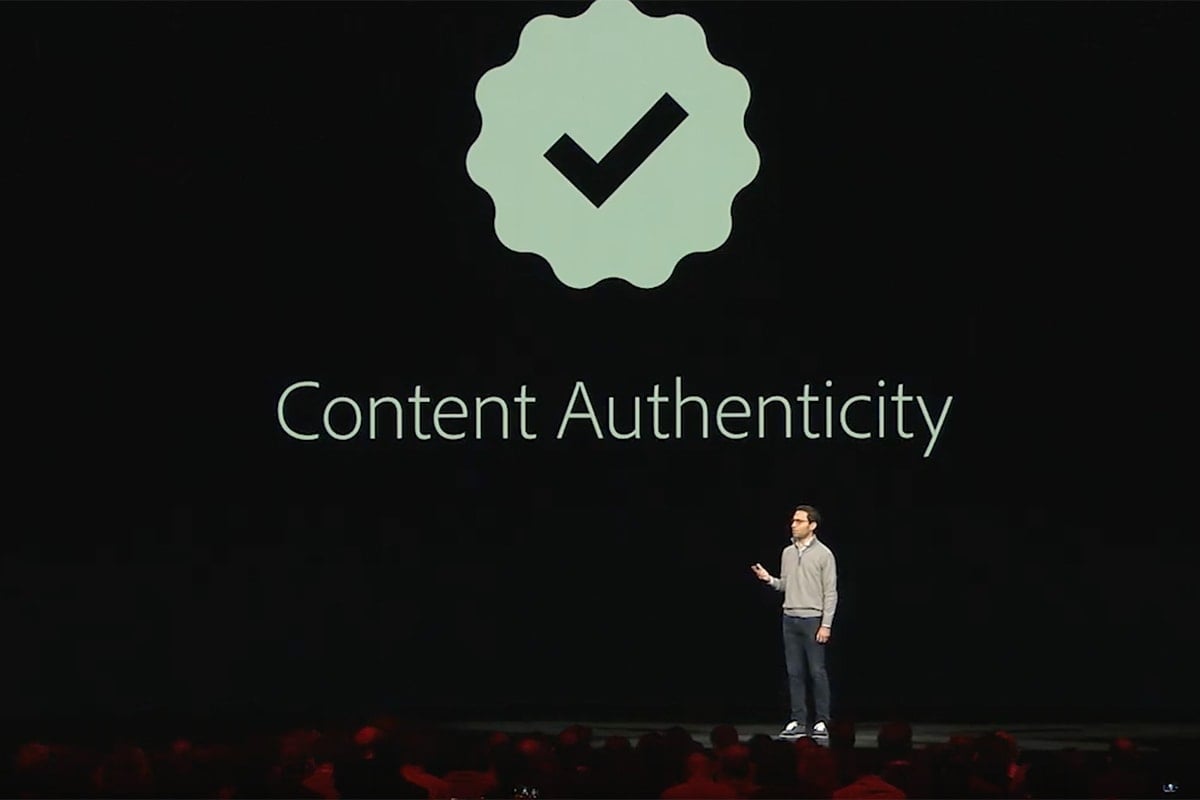 At Adobe MAX 2019, Chief Product Officer Scott Belsky announced the Content Authenticity Initiative – a nascent and ambiguously defined way for attribution to travel with an image and allow consumers to know, in the words of Adobe VP Dana Rao, that “the content they’re seeing is authentic.”

In announcing the initiative alongside partners The New York Times and Twitter, Belsky said, “Together, we’re developing an industry-wide standard to allow creators to put their mark on their work and have that attribution accompany that piece of content across different platforms, posts and stories.”

What exactly is it?

Details are murky. But the initiative sounds like an idea composed of two main parts:

Don’t get too excited

On its face, the announcement and alliance seems like a positive development for photographers to address issues of “orphaned” works. But there are a few reasons to be skeptical:

Adobe’s motivation for addressing this problem seems sincere, and they undoubtedly have many smart people thinking about the issue. Hopefully they will be able to persuade a critical mass of companies to join the initiative and develop and deploy the technologies needed to make it a success.

Life-Saving Safety Tips and Equipment for Wildlife and Nature Photographers