How much RAM do you really need to edit photos in Adobe Lightroom? 8GB? 16GB? 32GB? And how much of a difference would upgrading your current system actually make? Ryan of Signature Edits decided to find out, and he’s put together a helpful comparison video to share his results.

In the video above, Ryan starts out by covering what RAM does and doesn’t do. Some less tech-y types tend to think that “More RAM” always equals “Better Performance,” but that’s not always the case. Excess RAM won’t help anything once you have enough for the applications you’re running. After explaining this, Ryan shifts his focus to photo editing more generally and Adobe Lightroom in particular.

How much RAM do you need to run Adobe Lightroom at peak performance, and where is the point of diminishing returns? After doing some research online and seeing how much RAM Lightroom was using on his current setup, Ryan decided to upgrade his iMac from 8GB to 40GB of RAM, and compare performance to see just how much of a difference the extra 32GB was able to make. 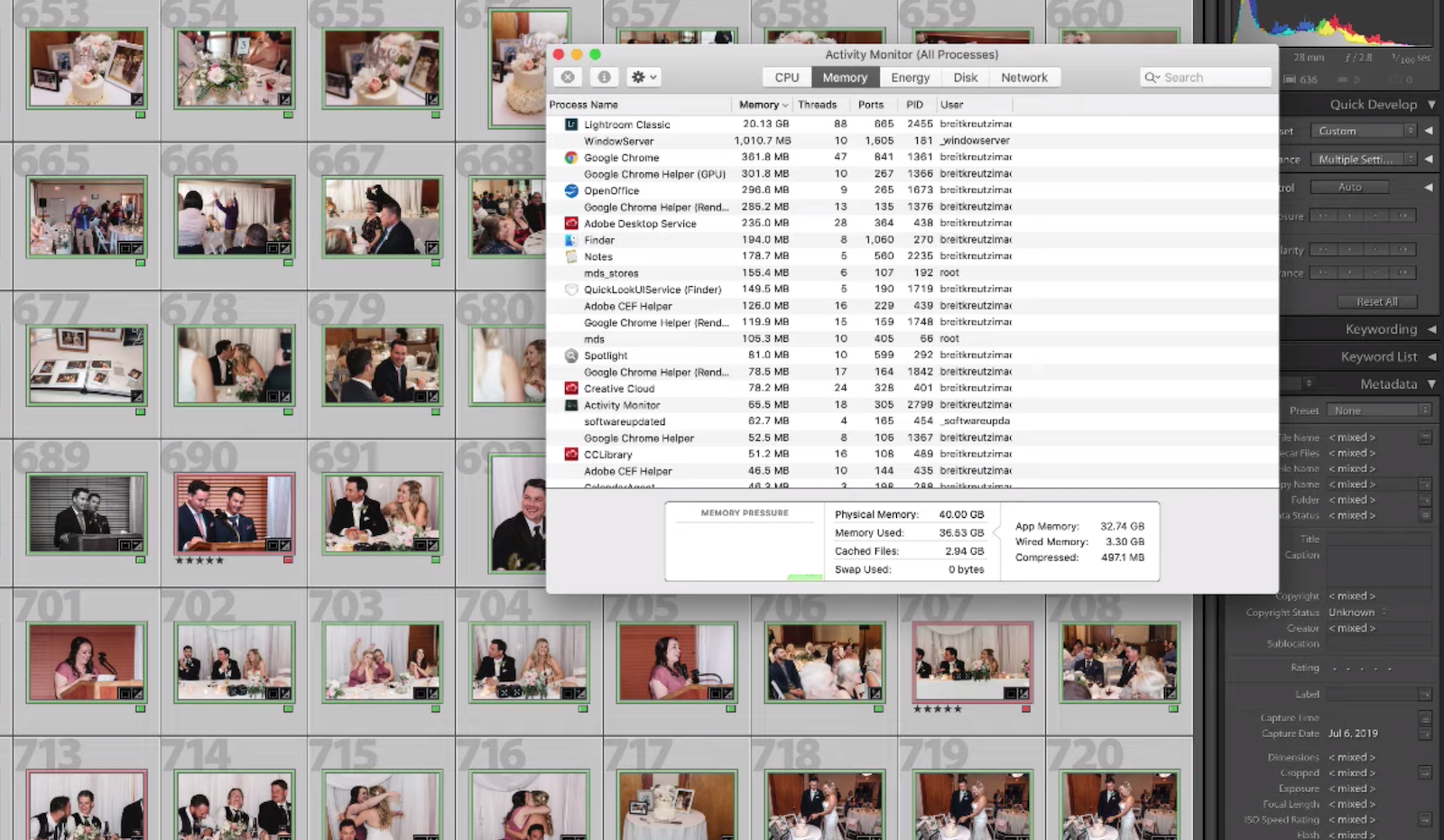 The good news is: if you’re using only 8GB of RAM like Ryan was, you’ll see a huge improvement by adding another 16-32GB to your system. Based on the Activity Monitor readings, Lightroom topped out around 20-25GB of RAM use once it had enough to pull from, so you’ll want to have at least that amount in your computer for the best possible performance.

And speaking of performance, the upgrade to his own system (from 8GB to 40GB) yielded performance improvements of 2-3x when it came to applying edits, about a 2x when generating smart previews, and a small improvement when exporting as well.

While Adobe has released updates that take better advantage of multi-core CPUs and enable GPU accelerated editing, there’s still no true substitute to having the right amount of RAM. Just don’t go overboard—even if your processor can support it, 128GB or RAM may not run Lightroom any faster than 32GB or 64GB unless you’re really overloading your system elsewhere (*cough* Google Chrome *cough*).

Check out the full video up top to see the head-to-head comparisons for yourself, and then share your ideal build (PC or Mac) for photo editing below.

Creativity is One of the Least Desirable Traits in a Partner, Study Finds

Is This Plagiarism or Crazy Coincidence in Landscape Photography?