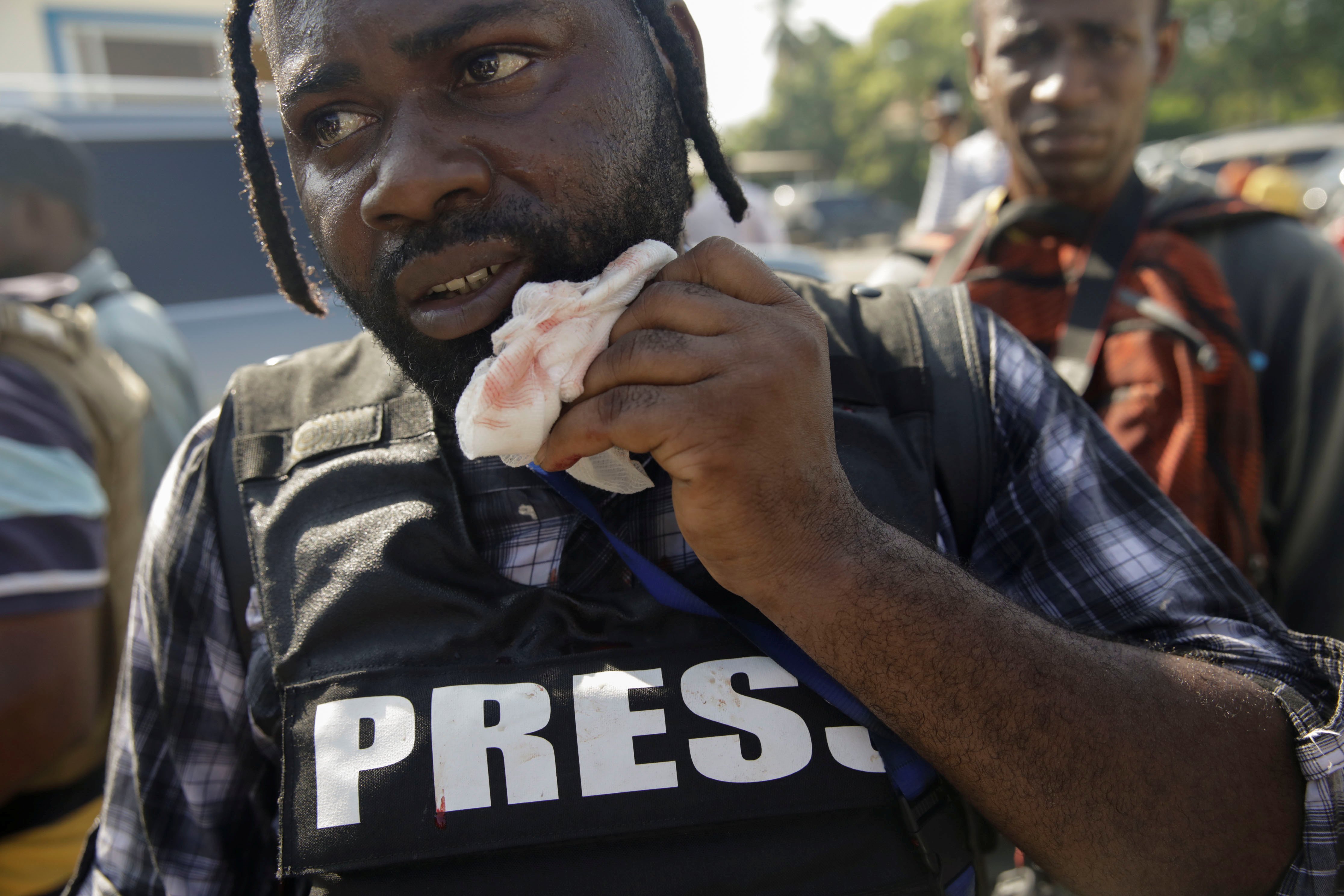 Associated Press photographer Chery Dieu-Nalio was hit in the face by bullet fragments on Monday when Haitian senator Ralph Fethiere opened fire in a crowd of protesters outside of the country’s Parliament in Port-au-Prince.

The incident took place after Fethiere and fellow senators from the governing party convened to approve a nomination for Prime Minister. As Fethiere and his entourage were attempting to leave Parliament, opposition protesters yanked open his door; that’s when the senator reportedly pulled a gun and fired multiple shots in an attempt to disperse what he later referred to as “violent militants.”

It was during this commotion that Dieu-Nalio—wearing a bullet-proof PRESS vest and helmet—was hit in the jaw by a bullet fragment.

Fortunately, Dieu-Nalio seems to be okay. He was immediately taken to a Port-au-Prince hospital for treatment, and posted later to his Facebook that he “was not much at risk” and doctors were planning to “remove the bullet soon.”

In a series of photos captured by fellow press photographers on the scene, Fethiere is seen grimacing while firing his gun into the air as protesters and press run for cover. There is also a photo of Dieu-Nalio holding a bloody compress to his jaw, captured by Reuters photographer Andres Martinez Casares.

In a statement released to the media, Associated Press Director of Media Relations Lauren Easton said that the incident serves as “a reminder of the danger journalists around the world face every day while doing their jobs, even on a routine assignment.”