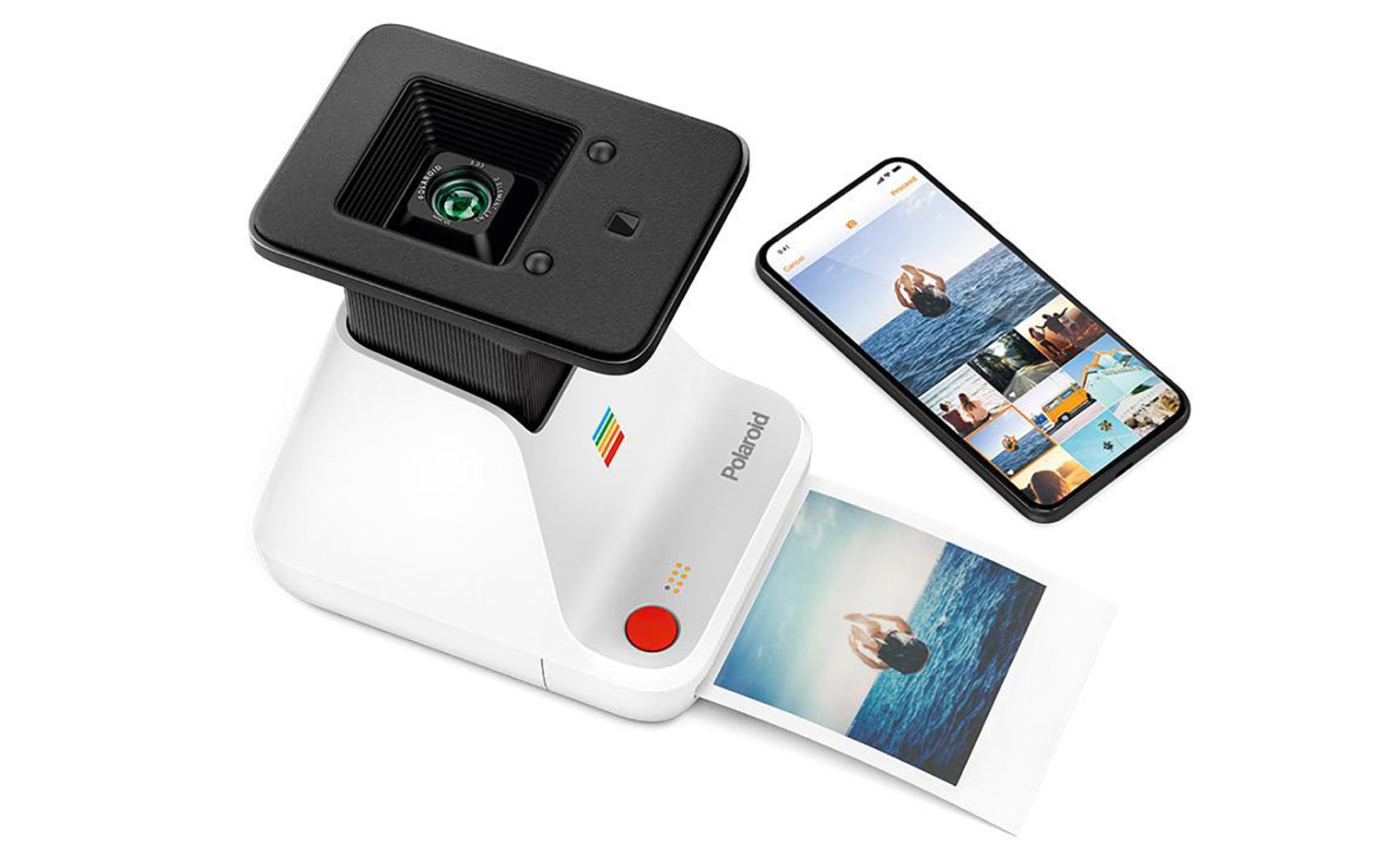 Polaroid Originals has released its latest product, and it’s an instant printer… with a twist. Rather than just printing digital files, this so-called “miniature table top darkroom” actually turns digital files into analog prints by projecting your phone screen onto a piece of instant film.

The Polaroid Lab isn’t a new idea. The product was first crowdfunded and released years ago when Polaroid Originals was known as The Impossible Project.

The new Polaroid Lab works the same was as the old Impossible Instant Lab: it projects a photo from your smartphone’s screen onto a piece of analog instant film (in this case, any Polaroid i-Type film), using three lenses and multiple mirrors to transfer the image as accurately as possible. Just download the Polaroid Originals app, pull up a photo, put your phone face-down on top of the Polaroid Lab, and press the big red button.

As Polaroid Originals writes on the product’s website: “Not a printer, not a scanner, just an instant formula for timeless images.” Here’s a quick ad for the quirky not-printer/not-scanner:

The Polaroid Lab uses a rechargeable LiIon battery that’s charged up via MicroUSB, and will be compatible with iPhones running iOS 11 or newer, and Android phones using Android 7 and above.

To learn more about the Polaroid Lab, head over to the Polaroid Originals website where you can sign up to be notified when it’s ready. According to Engadget, the product will begin shipping on October 10th and will cost $130.

The Power of Color in Landscape Photography