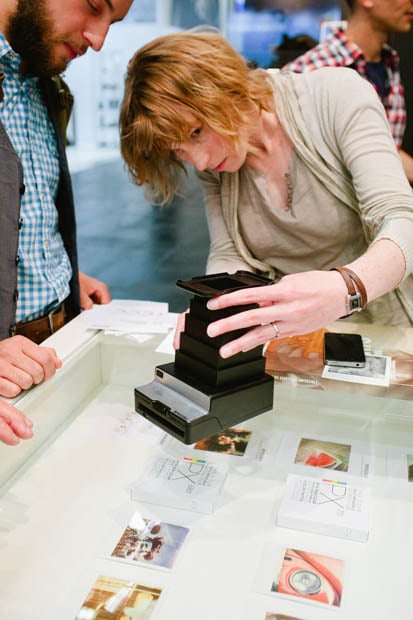 At The Impossible Project’s booth at Photokina 2012, there was a Impossible Instant Lab camera printer/camera being demonstrated. This is the device that was announced a couple of weeks ago that lets you quickly turn your iPhone photos into Polaroid pictures (i.e. Impossible’s instant film or whatever stock you have left).

A woman at the booth was showing how the device works. This video shows the entire process, from snapping a picture of a guy to holding the finished instant photo:

So, what are my impressions?

It’s a pretty interesting gizmo. Much of the grunt work is done through the phone app and manually, greatly simplifying the device itself. It’s basically a dark box that beams the image above onto a sheet of film below through a small lens… like a mini-enlarger, or something. 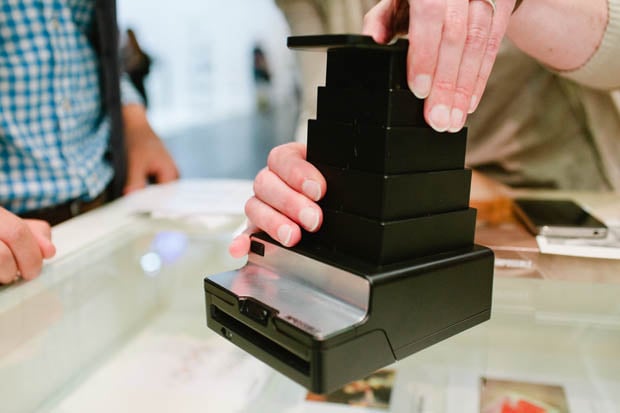 How long the “exposure” is done for is set in the app. Once you start the app, you need to quickly place it in the holder and pull away the dark slide before the beeping ends and exposure begins. The exposure is simply the iPhone flashing the image onto the screen for the amount of time you selected. You know when this happens because you’ll hear a shutter sound and see the flash on the backside of your iPhone go off.

The whole process is quite simple, easy to do, and fast.

The quality of the resulting photos is quite nice, not in terms of sharpness, or contrast, or things like that, but because you can’t tell that it was a digital-to-analog conversion. Even if you peer closely at it, there aren’t any signs that the photo was made using a picture on an iPhone screen.

It looks just like a vintage Polaroid picture, so if that’s the look desire, you should be pretty happy with the results. 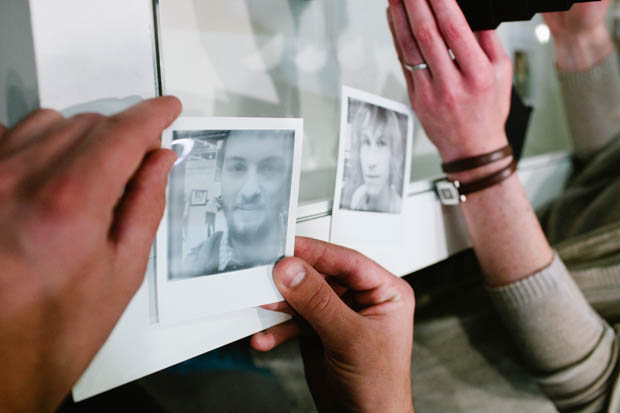 As we reported at the time of the announcement, the basic unit will cost $150 when it starts shipping in February 2013. You’ll also need to buy regular Impossible instant film, so these conversions aren’t exactly cheap. It’s a fun concept though, and very well executed.

Stunning Macro Photographs of Insects Glowing in the Morning Dew

Iconic “Atop a Skyscraper” Photographs May Have Been Staged Publicity Stunts