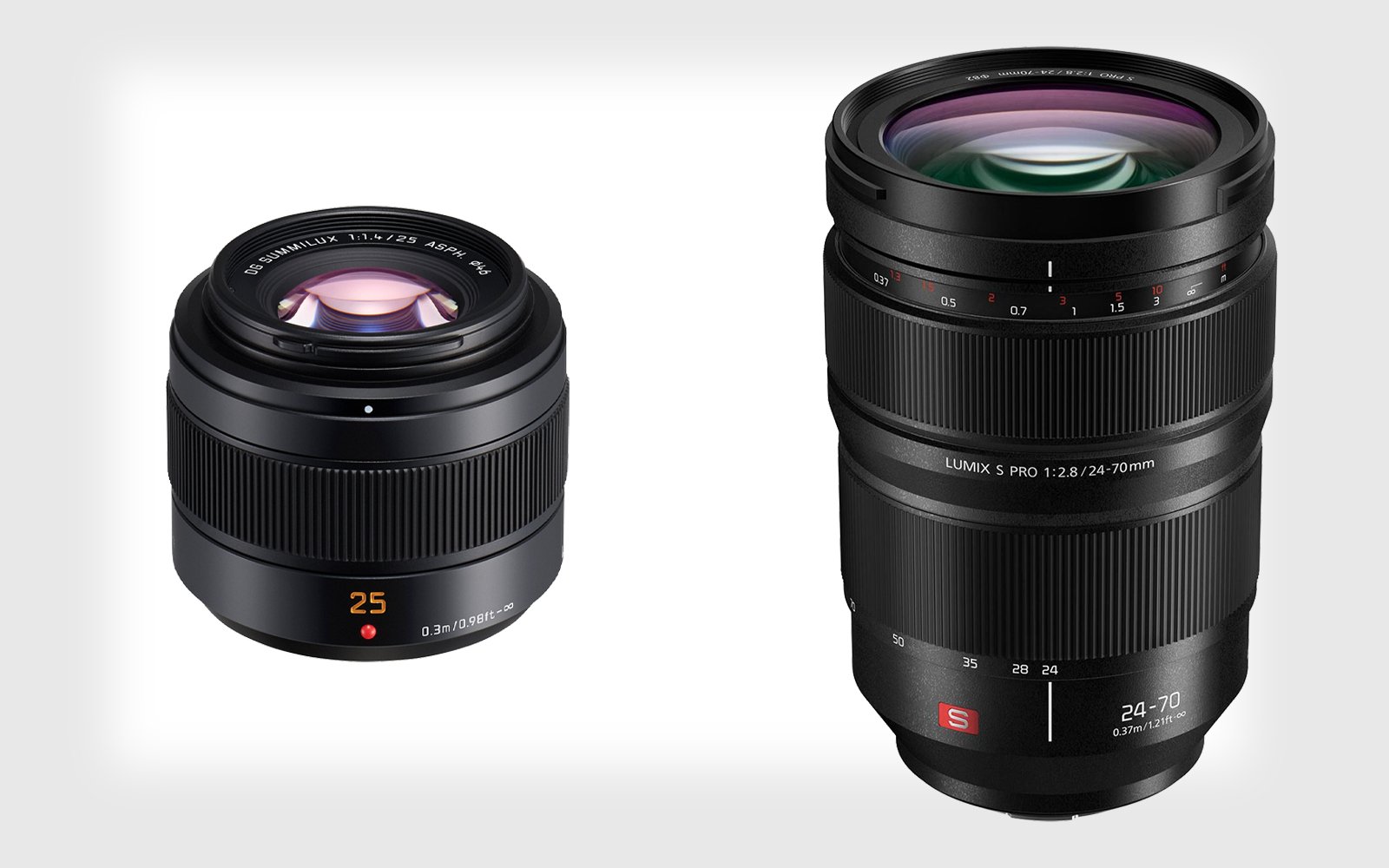 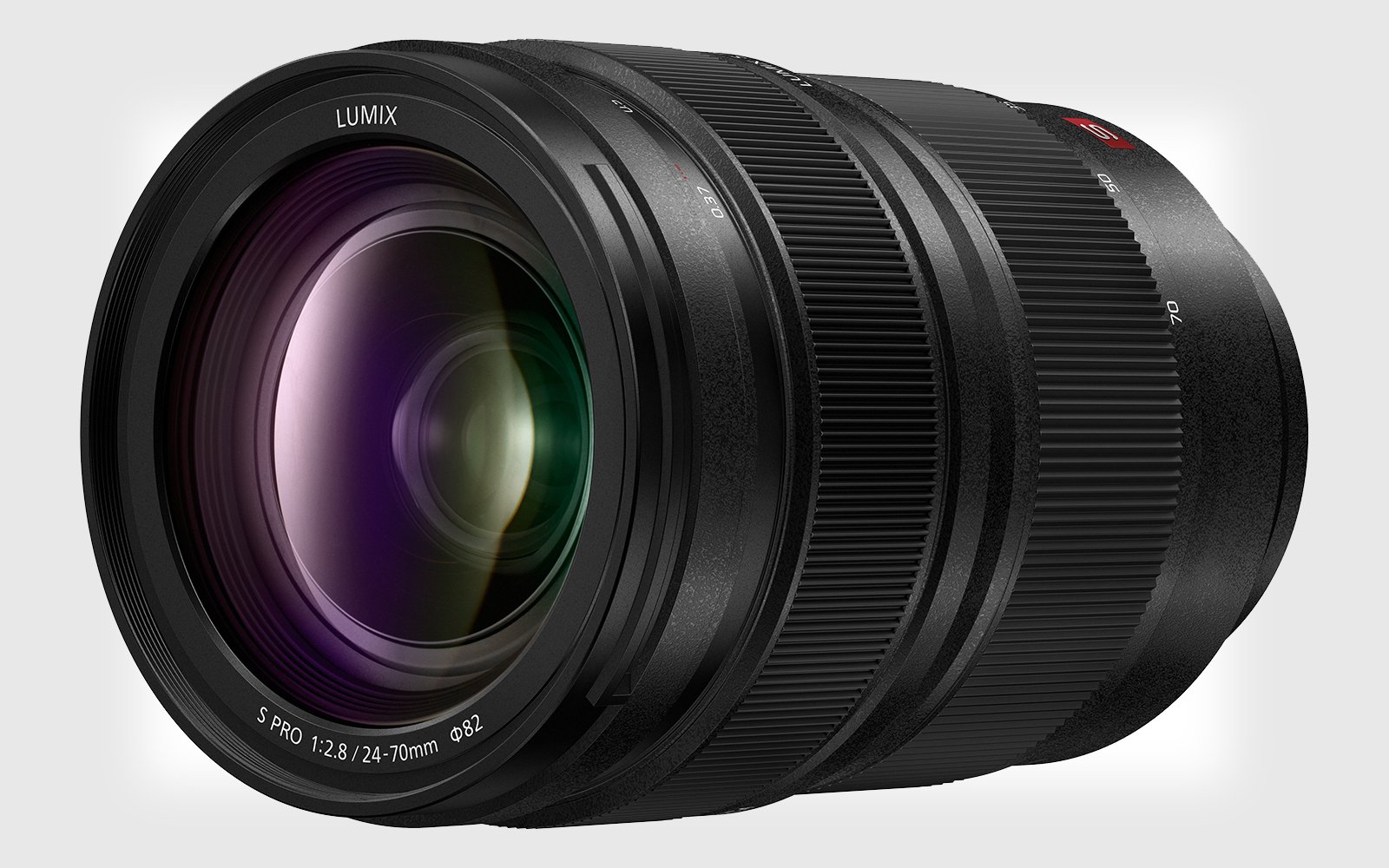 The star of the show is obviously the Panasonic Lumix S PRO 24-70mm f/2.8—a must-own lens for many working photographers. This versatile lens promises “uncompromising” optical performance throughout the zoom range thanks to an optical formula comprising of 18 elements in 16 groups, including three aspherical lenses and four ED (Extra-low Dispersion) lenses to suppress aberration and distortion, and one UHR (Ultra-High Refractive) element that promises consistent performance all the way to the edge of the frame. 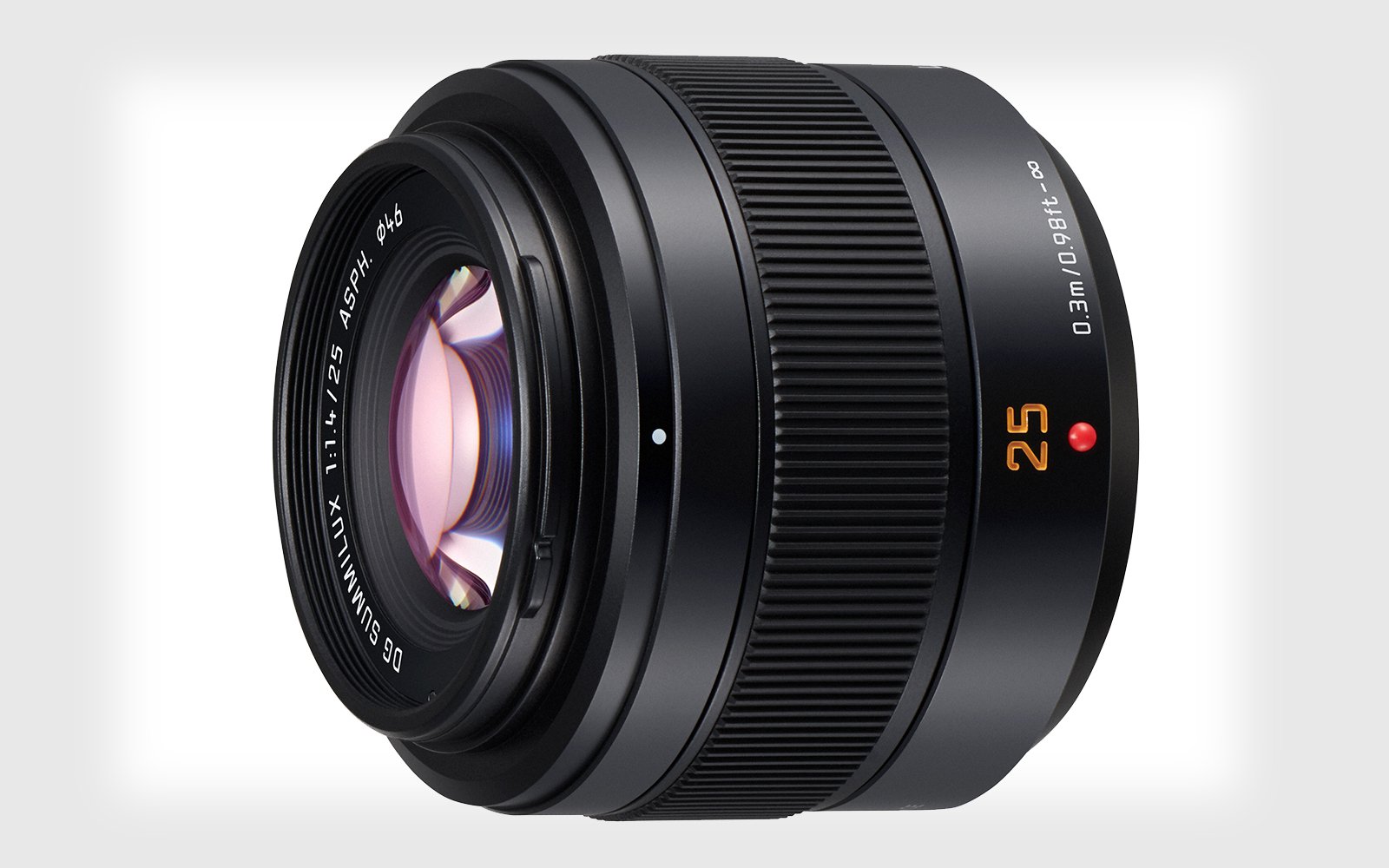 Not quite as exciting as the 24-70mm announcement, Panasonic also revealed a refreshed version of the Leica DG 25mm f/1.4 ASPH for Micro Four Thirds systems. Version II of the lens benefits from a dust- and splash-resistant design and improved focus performance, including compatibility with 240fps sensor drive to take advantage of cameras with high-speed AF.

The compact Leica DG 25mm f/1.4 II ASPH (50mm equivalent) boasts an optical formula of 9 elements in 7 groups, including two aspherical lenses and one UHR lens for controlling distortion and aberration, and Panasonic’s Nano Surface Coating to minimize ghosting and flare. On the autofocus front, the lens features an inner focus drive system and stepping motor that promises smooth, silent focus and is compatible with sensor drive at a maximum of 240fps for the best possible performance when using cameras with high-speed AF.

The Sarcophagus: Photographing the Most Radioactive Places in Chernobyl