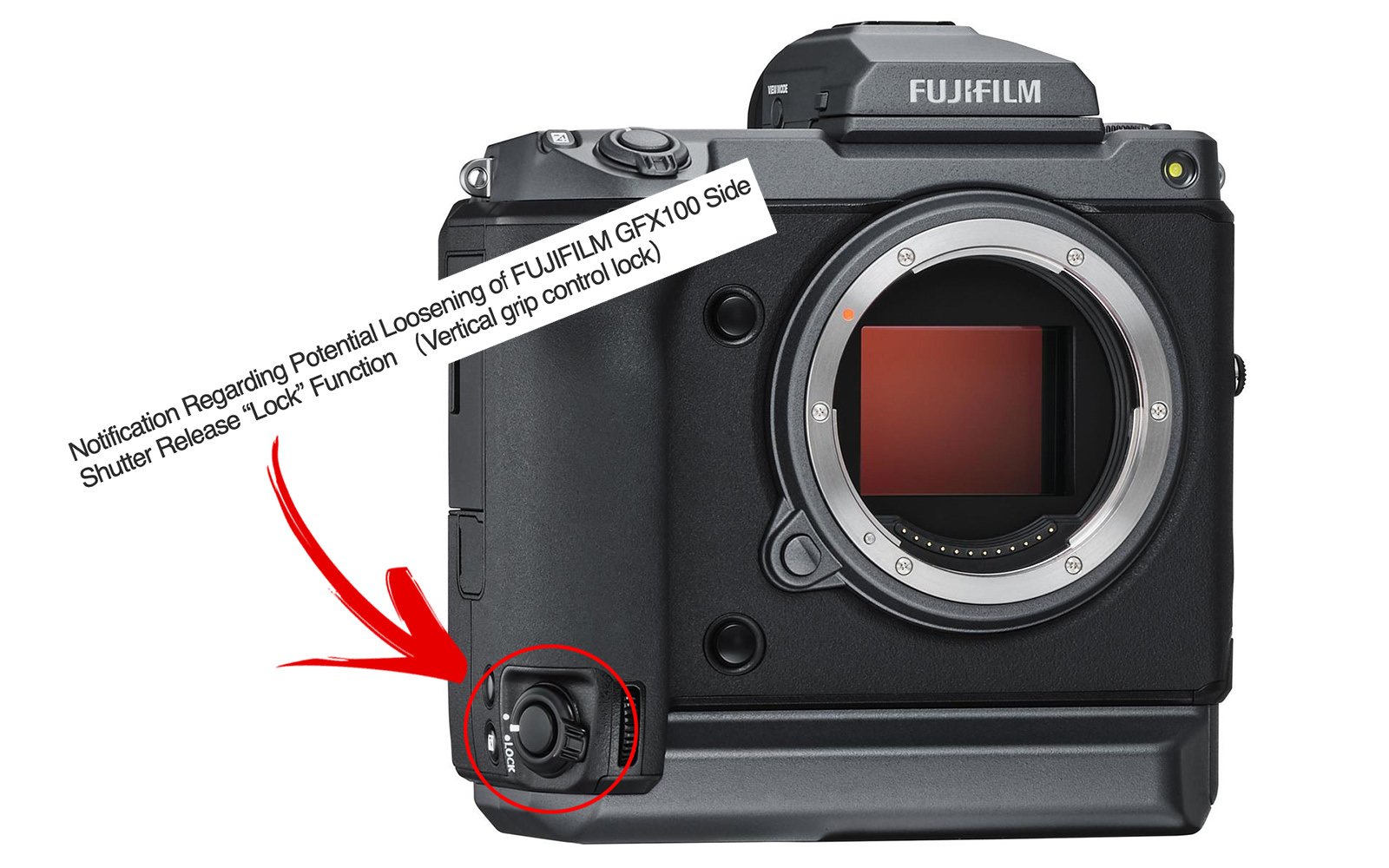 Fujifilm has published a “notice” (read: service advisory) informing users of its new 100MP mirrorless medium format GFX 100 that they may have a faulty shutter button. Fortunately, Fuji claims only “a very small percentage” of cameras are affected, and they’ll fix those cameras for free.

The notice was published on the Fujifilm website yesterday, and it describes an issue with the locking mechanism of the side shutter button on the built-in battery grip.

“Some users of the new FUJIFILM GFX100 have experienced a loosening of the side shutter release ‘lock’ function contained on the built-in vertical grip,” reads the warning. “The result of this loosening is that the side shutter will no longer effectively lock, and photo capture may be triggered unintentionally.” But the issue goes beyond not being able to lock the shutter, which would be a minor inconvenience. “Another result,” says the notice, “is that tiny parts could become loose within the camera body and potentially interfere with camera functionality.”

To find out if your camera is affected, you can find your serial number per the photo below: 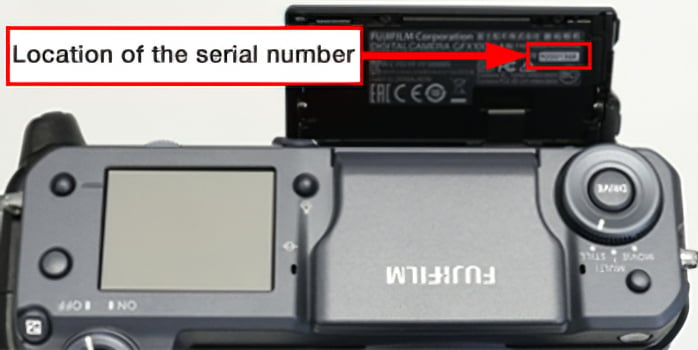 And check if it falls into any of these ranges:

If your camera falls into this range, Fuji will provide “a free examination and repair of the side shutter release mechanism.” However, note that not all cameras within these ranges will be affected by the issue. According to Fujifilm, some “were modified before sale,” so you’ll need to contact your local Fujifilm or service support center to reconfirm whether a fix is required.

It’s always a bummer when a new camera—and a very expensive, high-end one at that—is found to have a factory issue so soon after release, but it’s nice to see Fuji jumping on a fix right away. And, of course, they’ve already made “a production line adjustment” so if you purchase a GFX 100 in the future, it should not be affected.

How the Amazing Photos in the ‘I Spy’ Books Were Captured