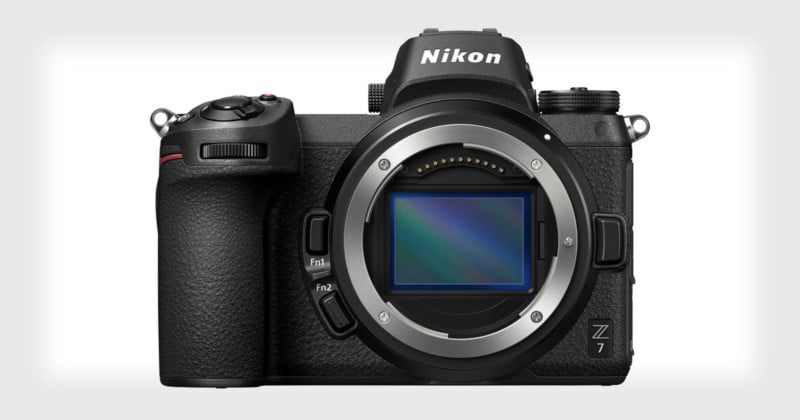 A few decades ago, Nikon was the number one manufacturer for high-end professionals. If you were a pro photographer who shot with a 35mm full-frame camera, you probably shot with a Nikon.

Over the years, Canon took this position from Nikon and became the largest full frame camera manufacturer in the world. Nikon resigned itself to the number two position and this remained consistent for quite some time. Recently, however, we’re starting to see some major changes in the industry and Nikon’s position is under threat yet again.

Over the last year, we’ve seen a whole bunch of new full-frame mirrorless camera hit the market. Sony was the company that pushed the drive towards mirrorless, and the rest of the manufacturers followed suit. Even companies like Panasonic, which hasn’t really been known for producing full-frame cameras, have come to try their luck in this market segment. All this new competition has had a massive impact on the market positions for all of the companies.

Too Small to Compete?

Of course, one could argue that their respective camera divisions are comparable in size to Nikon: however, the extra scale does have its advantages. The financial potential for all the other manufacturers is far greater than what Nikon has available to itself. Sony, for example, makes most of its income from insurance and financial-based products. This provides a huge cash cushion available for investment and new developments.

The other benefit of having other major sources of income is that as a company, you have a diversified degree of experience. You’re not just focused on one area and have other segments within the company that can assist in growing areas.

The biggest benefit is that if one of the market segments shrink, then it doesn’t have a significant impact on the company’s overall position. The problem Nikon faces is that it’s heavily exposed to the photography industry and hasn’t really diversified enough. This presents a number of problems especially now as we see the industry being infringed on by smartphones.

As the industry shrinks and the number of sales drop year on year, Nikon suffers far more than its competitors. The industry shrinking also means that as a company Nikon may have less and less financial clout for new developments and innovations. New developments and innovations are crucial if Nikon wants to continue to remain competitive in this fast-changing industry.

Ultimately, Nikon may be too small to compete effectively and for the long term.

Lack of Experience for Video

Nikon is the only major full-frame camera manufacturer that is severely lacking when it comes to experience for video-specific cameras. Every other major manufacturer has developed a proper line of cinema cameras.

The other manufacturers have also developed a market position where people recognize their cameras for video-related features. Canon has, in my mind, the best autofocus for video. Sony has produced the best low-light cameras for video, and Panasonic is probably one of the best companies when it comes to high-quality video features in current mirrorless cameras.

The biggest benefit of this is that customers associate these companies with both the photography and video industries. Creatives don’t generally go out and purchase Nikon cameras specifically for video features, and this has prevented Nikon from being able to grow that segment properly. Up until recently, its video features have been lackluster at best.

Just to clarify, I’m aware that Nikon does offer some compelling video features in its latest cameras; however, the issue isn’t really about features per se — it’s more about market perception. For the most part, customers have generally flocked to other manufacturers for video features and now Nikon is playing catch-up. Also, its autofocus features are pretty terrible when it comes to video.

Video features are now more important than ever. With more and more photographers turning into hybrid shooters, this segment is a really important part of the industry and essentially where the battle may be won or lost. Suffice it to say, Nikon has a tough battle ahead if they want to stand out with its video features.

Nikon made such a big deal about its new lens mount and how big it is on its new mirrorless cameras. Nikon was quite obviously overcompensating for the fact that the mount on its DSLR cameras was one of the smallest of any other DSLR on the market.

I appreciate that the new Z mount has a huge degree of potential. The problem is that it’s just potential and Nikon has done very little with it. Every other manufacturer has developed proper practical and interesting lenses for their mounts. Canon is the best example of this with the RF lenses — there are no lenses on the market that compare to some of the ones Canon has developed.

Nikon, though, has a bunch of overpriced f/1.8 prime lenses and a new 24-70mm f/2.8. Sure, Nikon has also announced the 58mm f/0.95; however, that’s nothing more than a mantelpiece ornament. Even the lens roadmap currently does not include anything relatively interesting or new. 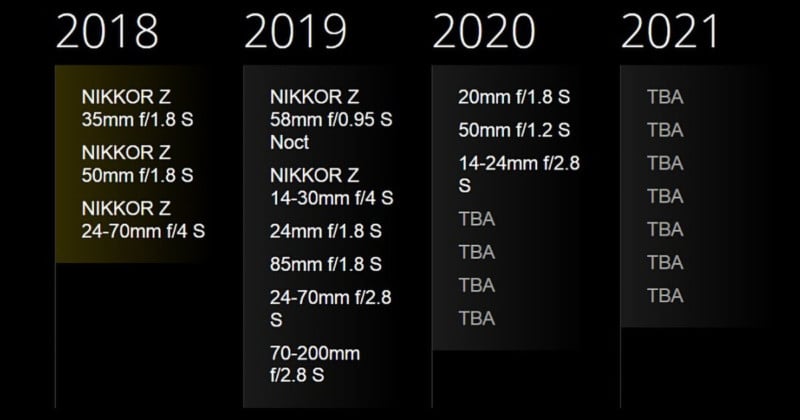 Essentially all the hype around the larger mount was for naught and Nikon really needs to improve the kind of lenses they produce for the new mount. This lackluster approach to lenses means that many photographers may not see the need to move over to Nikon’s mirrorless system. When professionals have options like the Nikon D850 and a whole range of fantastic lenses, one wonders what the Z-mount cameras actually offer.

The single card slot was a huge marketing blunder. Nikon over-hyped their new mirrorless cameras and then when it was finally released, the first thing people noticed was the single card slot. This could have been okay for lesser priced models, but the Z7 was initially priced at almost $3,400.

This meant it was more expensive than the universally loved D850 and less effective for many photographers. Whether or not you consider this to be a big deal, this still had a huge impact on Nikon and the perception of their new mirrorless cameras. Also having a single card slot in a camera that costs over $3,000 is ridiculous; especially when cameras like the D750, D500, and D850 exist.

Nikon was busy trying not to cannibalize their DSLR cameras but seemingly forgot about their competitors, namely Sony. This is one of the reasons we’re seeing Sony take the number two spot from Nikon.

With such an incredible degree of competition and all from very capable companies, Nikon is probably in the toughest spot. Its mirrorless launch was mired by several problems and this hasn’t really improved over the last 6 months. Companies like Sony haven’t released any new cameras in that time and yet it continues to outsell Nikon.

As a company, Nikon may not have the same capability to invest in new systems, and trying to compete in this extremely tough market is difficult, to say the least. Not to mention its lack of diversification, which means that we may start to see Nikon go the way of Pentax. If things continue as they are, Nikon may be subject to a buyout within the next five years.

Ultimately, it’s a tough road ahead for camera manufacturers, and we may see some unfortunate results.