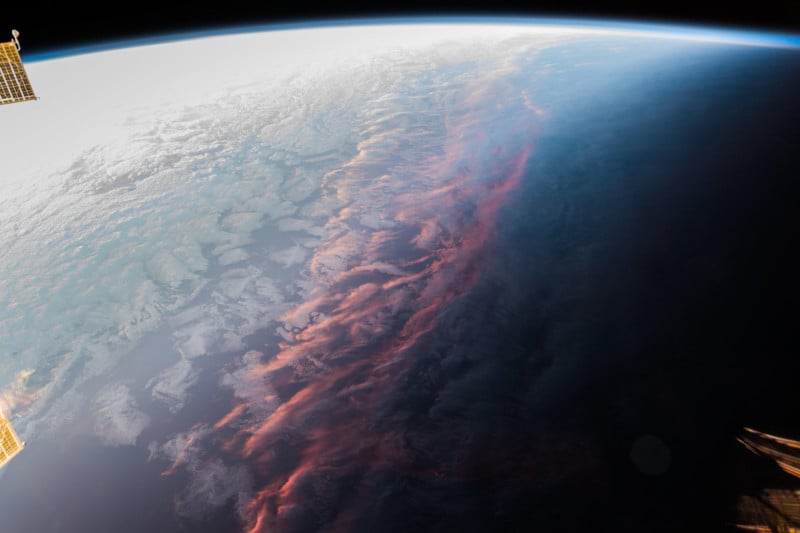 ESA astronaut Alexander Gerst shot this photo from the International Space Station showing what a sunset on Earth looks like from high above in space.

The photo shows a long stretch of clouds bathed in red and orange sunlight as the shadow of nighttime follows close behind.

This is what a sunset on Earth looks like from above. / So sieht ein irdischer Sonnenuntergang aus, von oben gesehen. #Horizons #Archive pic.twitter.com/sgijQq8hYt

Gerst returned to Earth on December 20th, 2018, after spending 362 days in space, the most of any active ESA astronaut. You can find more of his beautiful photos on his Twitter.

Someone is Selling a Sony Lens That Doesn’t Exist Yet